A Rock Opera for the ‘Memory Industry’ 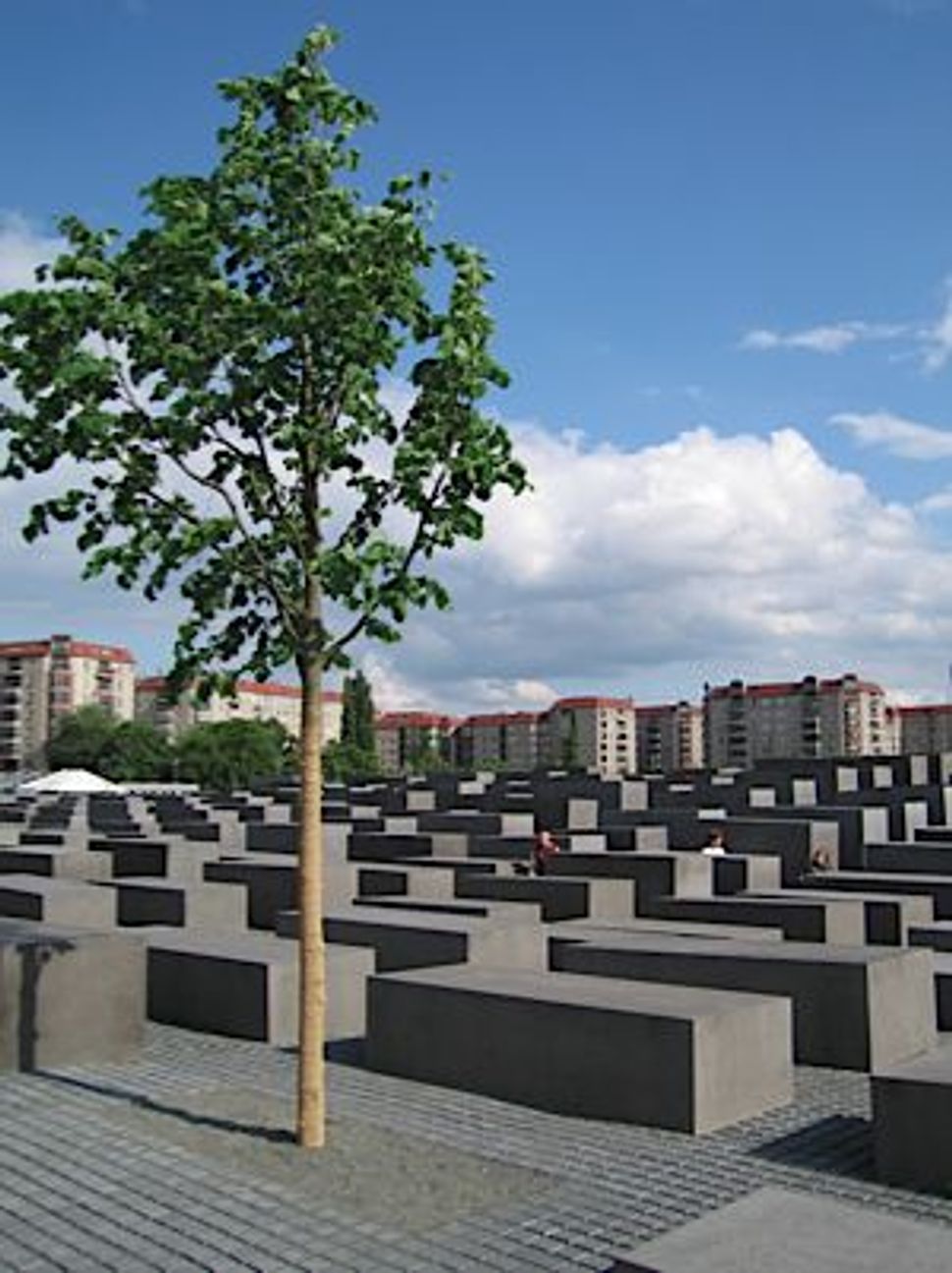 Memorial to the Murdered Jews of Europe in Berlin Image by John C. Watkins V

The conference, titled “Second Thoughts on the Memory Industry,” explored ways we bear witness to and memorialize tragic events — from photojournalism to truth commissions to artistic endeavors — and how those acts have become “increasingly reified, stylized, fetishized, instrumentalized, hijacked and ossified,” according to the press release.

That’s heavy subject matter for a comics-rock opera. But Katchor and Mulcahy’s piece handled it well, inspiring both sardonic laughter and serious thinking. The opera starts from the literal premise of its title: a city is “possessed by mania for memorials.” People build them everywhere — on sidewalks, in parks, along the streets — and for every reason. Here, a plaque commemorates a man who choked on a pretzel. There, a monument honors a couple scalded to death by hot and sour soup. Architects take advantage of the frenzy, opening extra branches and offices, while residents bemoan their belief that photographs and written remembrances of loved ones will never suffice. Within days of an event people hold their heads and worry that they’ve forgotten what happened already.

The opera is a short 15 to 20 minutes, with Katchor’s vivid art projected on a screen while Mulcahy scats and sings with a trio whose jazzy numbers sharpen the production’s already darkly comic edge. But that’s just as well, since the piece lacks a narrative and probably can’t go much farther than it does. Anyway, 15 minutes of eccentric satire, with Katchor repeating the line “something bad has happened everywhere” like a mantra near the end, is all that’s needed to point the way toward reflection.

Indeed, something bad has happened everywhere. The question is, what do we do about it? Do we stop to commemorate everything, or do we let some of the bad pass us by? And how do we quantify bad-ness? Who does the work of ruling one tragedy more important or worthy of commemoration than another?

We all seem to agree that mass traumas like the Holocaust and 9/11 deserve memorials; in that sense it was fitting to have James E. Young, a juror for both the Berlin Holocaust and 9/11 World Trade Center memorials, follow Katchor and Mulcahy. But Young undercut both the humor and the existential musings the opera had inspired with a more practical talk about those projects. More fitting was Lawrence Weschler, director of the New York Institute for Humanities, who concluded by reading his “Berlin Epiphany,” a piece about visiting the Berlin Holocaust memorial.

Weschler’s essay begins inauspiciously: “One could see how it might have been intended to work,” he writes. He laments the “crisp springtime sky,” the colorful surrounding billboards, the busloads of tourists, and the happy German teenagers who laugh and run around — all signs of life that seem to violate the sanctity of the memorial and the somberness of remembrance.

But then he switches course. He begins to reconcile himself to the idea that maybe memory can’t be sanctified, “maybe life does just go on, and that is its blessing (as well as its curse).” In the end he accepts that with regards to Germany, he will always be of two minds, which, rather than feeling like a cop-out, seems a valuable lesson. Because it isn’t so much a choice between remembering and forgetting that we’re constantly faced with; it’s the challenge of doing both.

A Rock Opera for the ‘Memory Industry’