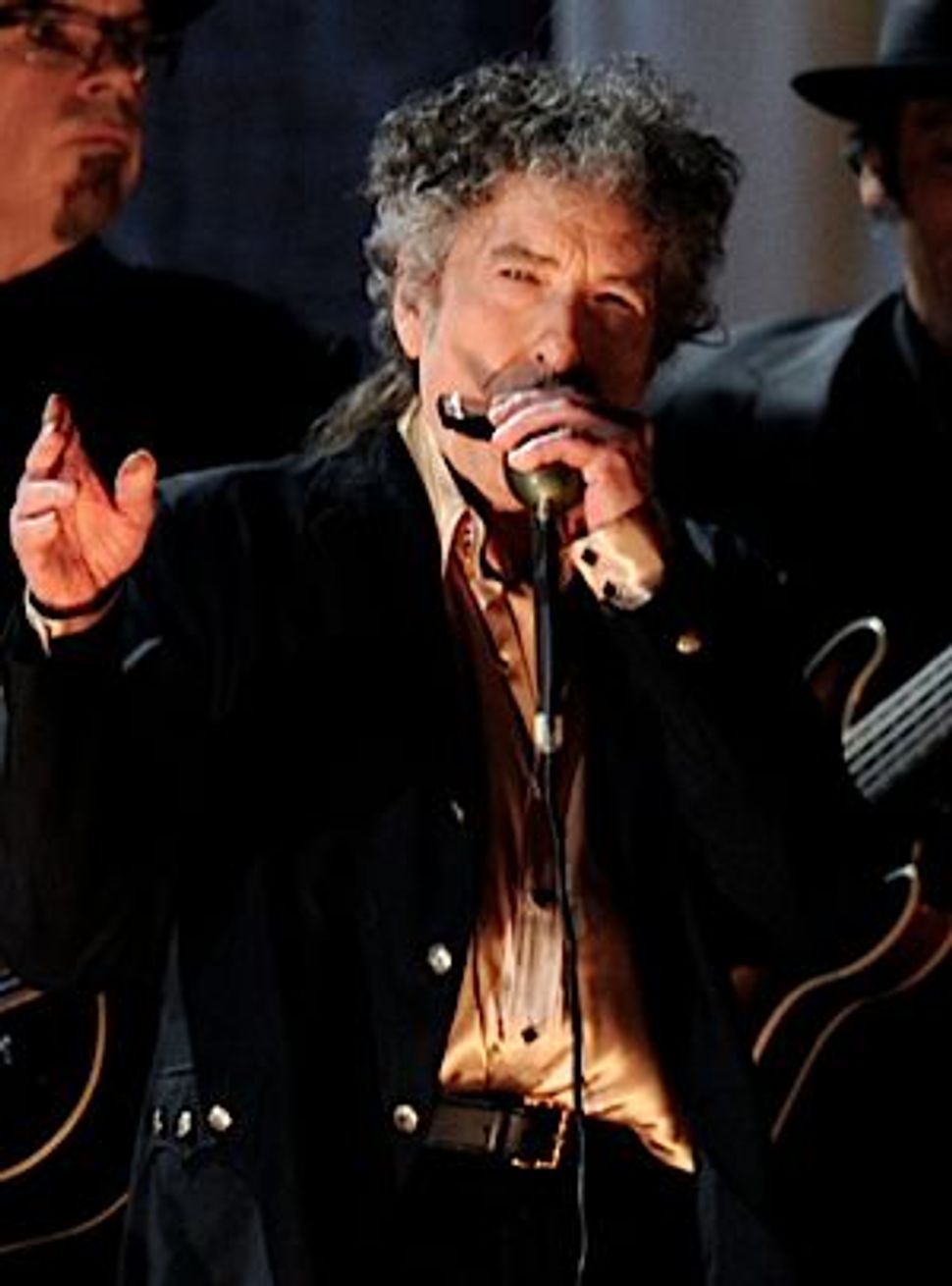 So that’s what. It’s incredibly impressive and unprecedented. Sure, B.B. King and Willie Nelson are older and have been at it longer, but those two have been phoning it in for at least two or three decades at this point. Only Bob Dylan continues to take the stage, night after night, for no apparent reason; it can’t be for the money, and he sure doesn’t seem to be having a good time. Yet he still delves deep into 30- and 40-year-old songs and discovers new nuances, previously overlooked twists and turns of phrase, seemingly channeling something far beyond the conventional rock concert experience in which an artist delivers renditions of greatest hits and some new songs so you might buy one of his more recent recordings.

No, something else is happening here, and I think I know what it is. Bob Dylan is driven, like the Prophets of old, out of some kind of love/hate relationship with his destiny. Jeremiah, Ezekiel, and Isaiah before him bemoaned theirs, crying out to God to release them from the burden of prophesying to those with eyes that could not see and ears that could not hear. Yet it was their fate to continue to do so until the end. Prophecy was ultimately a failure, but at least they died trying.

There’s no other explanation. Bob Dylan is driven by a similar mission, not necessarily divinely inspired, but no less profound and futile. He hinted at this early on, way back in 1963, when he wrote in “Long Time Gone,” “I know I ain’t no prophet/And I ain’t no prophet’s son,” practically quoting the Prophet Amos verbatim: “I am not a prophet nor am I the son of a prophet” [Amos 7:14], thereby invoking the words of a prophet to say that he’s not one. In essence, then, declaring his mission from the get-go: that of the reluctant prophet.

In Psalm 90, Moses says to God, “We are consumed by Your anger, and we are confounded by Your wrath. You have set our iniquities before Yourself, our immaturity before the light of Your countenance.” He could well be a rock critic reviewing a Dylan concert. Moses goes on to say, “The days of our years among them are seventy years, and if with might, eighty years; their proudest success is but toil and pain, for it is cut off swiftly and we fly away.”

Dylan may not stay forever young, but may he continue to 80 — or even 120 — bearing his message of toil and pain as he prophesies his message of rock ‘n’ roll doom.