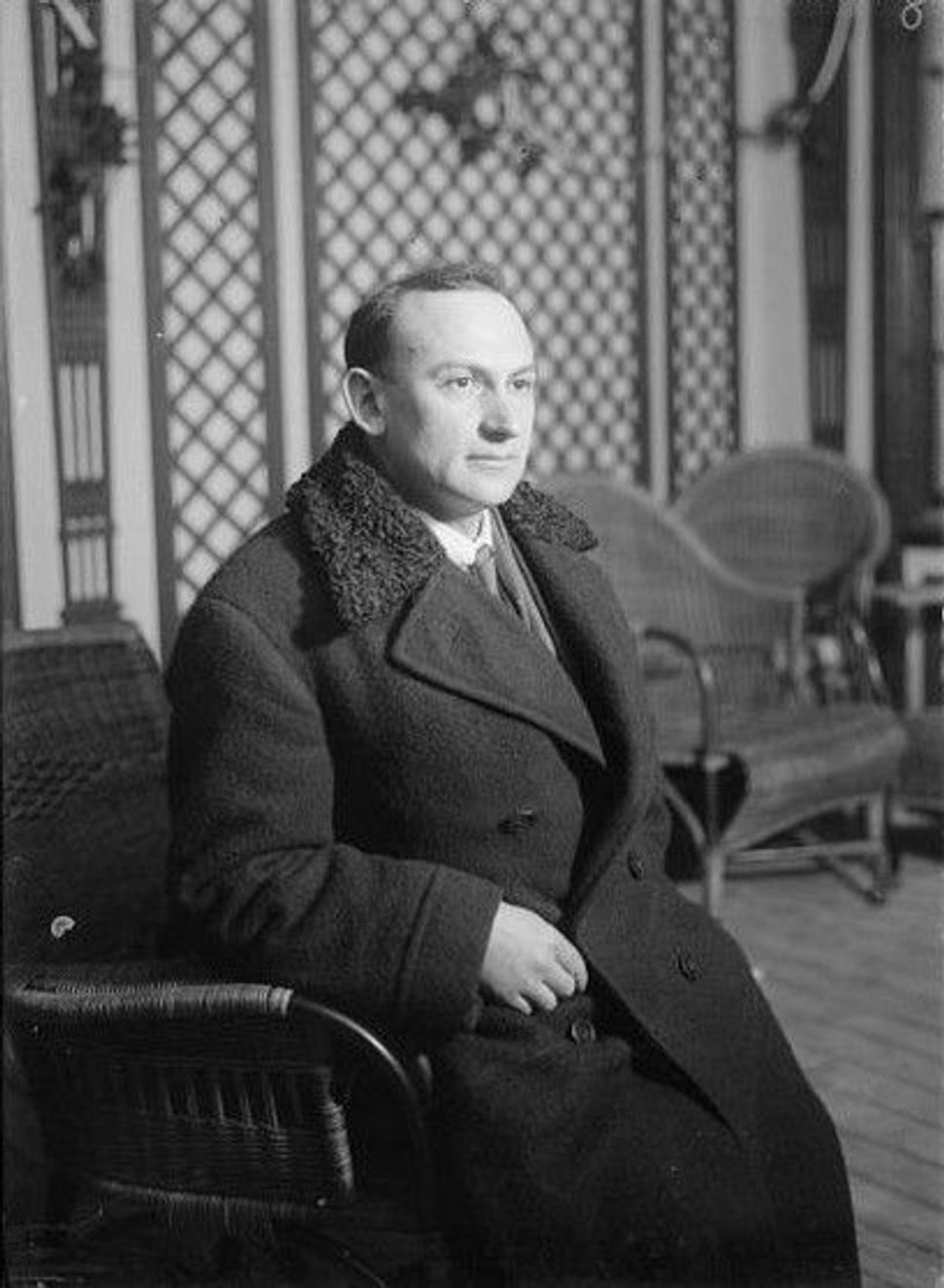 The virtually forgotten Lithuanian-Jewish composer Joseph Achron (1886-1943) is getting a premiere this weekend in the German city of Brandenburg an der Havel.

As part of their season-long exploration of music suppressed by the Third Reich, the Brandenburg Symphoniker, conducted by Robin Engelen, will present the first German performance of Achron’s third violin concerto (and the first performance in over 70 years), on a program that also includes Mendelssohn’s Fourth Symphony and Mozart’s Symphony No. 26.

Born in Lithuania in 1886, Achron was a violin prodigy who made his first public appearance at age 7. He was educated in Warsaw, St. Petersburg and Berlin by some of the great teachers of the age, including Leopold Auer and Joseph Joachim.

In 1911, Achron joined the St. Petersburg Society for Jewish Folk Music, which was founded by students of Nikolai Rimsky-Korsakov who wanted to write Jewish classical music, and he composed the “Hebrew Melody” for violin and piano, which remains his best known work to this day.

After the First World War, Achron embarked on a massive tour of Europe and the Middle East, which featured over 1000 concerts in four years, and operated a Jewish music publishing company in Berlin before immigrating to the United States in 1924.

He spent a decade in New York, composing for the Yiddish theater and teaching at the Westchester Conservatory of Music. From there he moved to Los Angeles and began writing music for film while continuing his career as a concert performer. He appeared as a soloist in his Second and Third Violin Concertos, which were premiered in the late 1930s by the Los Angeles Philharmonic Orchestra (his first concerto had been premiered in 1927 by the Boston Symphony Orchestra). He was 56 when he died in Hollywood in 1943. Arnold Schoenberg, a close friend, eulogized him as “one of the most underrated modern composers.”

Leading the charge for rediscovery of Achron’s work is Samuel Zerin, a 24-year-old Ph.D. candidate at New York University and founder of the Joseph Achron Society. The organization was the outgrowth of a senior research project undertaken by Zerin during his undergraduate studies at the University of Michigan.

In an interview with The Arty Semite last week, Zerin described getting an e-mail from the Brandenburger Symphoniker in the fall. The orchestra had heard and liked Achron’s first violin concerto — which is based on Eicha trop (cantillation for the Book of Lamentations) — and asked Zerin if he could furnish them with the next two. Zerin went through the available manuscripts and put together the performing edition that will be used at this weekend’s concert. In addition to publishing Achron’s work, Zerin is at work on a biography of the composer.

During his lifetime, Achron was known for his association with Jascha Heifetz, who recorded the “Hebrew Melody” and made it famous. Zerin related an anecdote about Heifetz having played (though not necessarily performed) everything that Achron ever wrote for violin.

Zerin sees influences of Alexander Scriabin and Rimsky-Korsakov in Achron’s early style. He notes a shift in the 1920s, pointing out inheritances from Claude Debussy, Paul Hindemith, Sergei Prokofiev, and Dmitri Shostakovich in Achron’s increasingly chromatic and contrapuntal work. His friendship with Schoenberg left a musical mark as well, added Zerin, in late works that flirt with atonality.

Zerin said he was unable to travel to Brandenburg for this weekend’s concert, but said he looked forward to the day when performances of Achron’s work are commonplace.