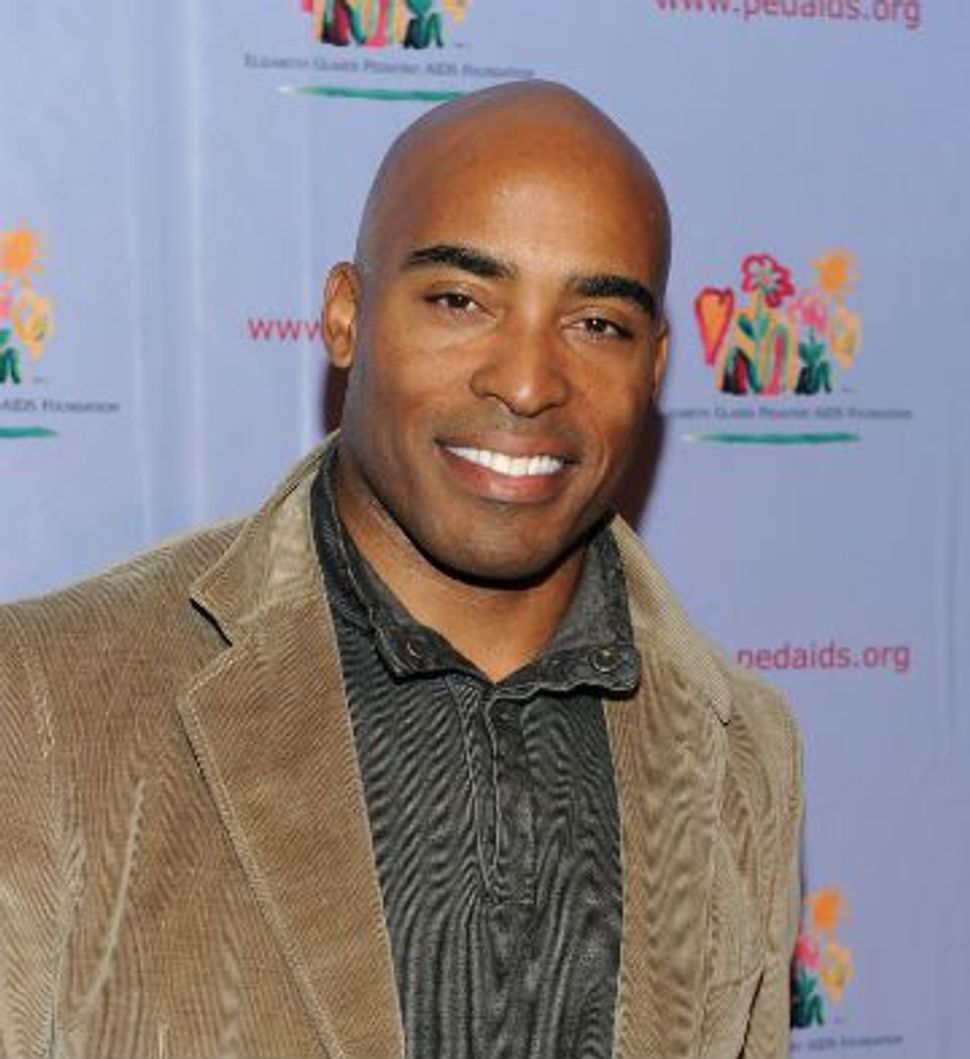 Talk about a strange analogy.

Football pro-turned-TV-star-turned-football-pro-hopeful Tiki Barber is catching a lot of heat for a comment he made to a Sports Illustrated reporter in which he compared himself to Anne Frank. The New York Post’s headline reads, “Tiki comparing self with Anne Frank just despicable”, and the Daily News declared, “Tiki Barber, trying to look smart by invoking Anne Frank in SI piece, just looks dumb.”

In the interview, Barber, who’s attempting a comeback after retiring in 2007, discussed his very public split from his eight-month-pregnant wife Ginny and subsequent relationship with a very young and very blonde NBC intern, Traci Johnson.

Barber said the intense media scrutiny forced him and his young girlfriend into hiding — in the attic of his Jewish agent, Mark Lepselter.

“Lep’s Jewish,” Barber said, “and it was like a reverse Anne Frank thing.”

Um… not quite, Tiki. No wonder the guy’s leaving the broadcast world.