Physicist Steven Weinberg, Not Just Another Lady of Shalott 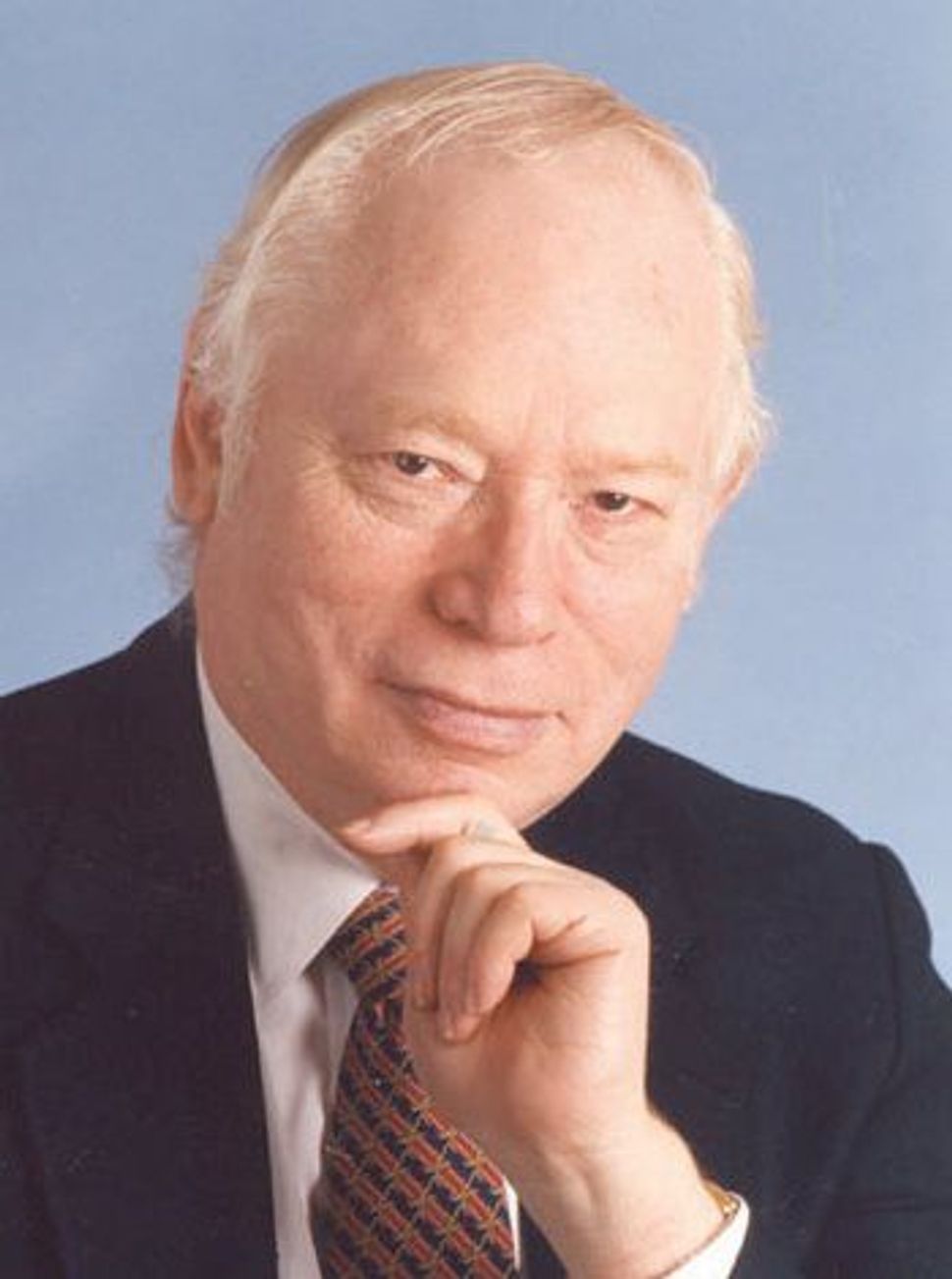 A high point of this year’s World Science Festival will be the June 4 lecture by American Jewish physicist Steven Weinberg, “The Future of Big Science” at the NYU Kimmel Center. Predicting the future is always parlous, but Weinberg, 1979 Nobel Prize co-laureate for, as the Nobel Committee put it, “contributions to the theory of the unified weak and electromagnetic interaction between elementary particles, including inter alla the prediction of the weak neutral current,” is uniquely qualified to do so.

No weak force himself, Weinberg lectures in a resonant baritone, delivering his ideas with powerful imagery and literary force. Weinberg’s father Frederick was a New York court stenographer, which may have influenced his son’s solidly enunciated public speaking voice, as if dictating patiently for transcription. A graduate of The Bronx High School of Science, Weinberg is something of an Anglophile, and likens himself to “some lakeside Lady of Shalott” as he sits at home in Texas, overhearing noisy pleasure boat traffic on Lake Austin. The aforementioned reference to a celebrated Tennyson poem is in Weinberg’s “Lake Views: This World and the Universe,” out in 2010 from Harvard University Press, and due out in paperback on November 30.

Weinberg always provides stimulating ideas, often controversial ones, as when he declared on PBS-TV’s Faith and Reason show:

Certainly good causes have sometimes been mobilized under the banner of religion, but you find the opposite I think more often the case. It’s more often been the motivation for us to kill each other — not only for people of one religion to kill those of another, but even within religions. After all, it was a Moslem who killed Sadat. It was a devout Jew who killed Rabin. It was a devout Hindu who killed Gandhi. […] It seems to me that with or without religion good people will behave well and bad people will do evil things. But for good people to do evil things, that takes religion.

Weinberg’s dedicated analyses of the rapport between science and religion embrace a wide range of reading and subject matter, from his proven fields of expertise to such recondite material as 17th century Turkish military history. Throughout, a strong sense of ethics is a clear motivating force, as in 2007, when Weinberg protested a UK boycott of Israeli universities by refusing in turn to lecture at Imperial College London. New Yorkers are fortunate to have the chance to hear him on June 4.

Physicist Steven Weinberg, Not Just Another Lady of Shalott