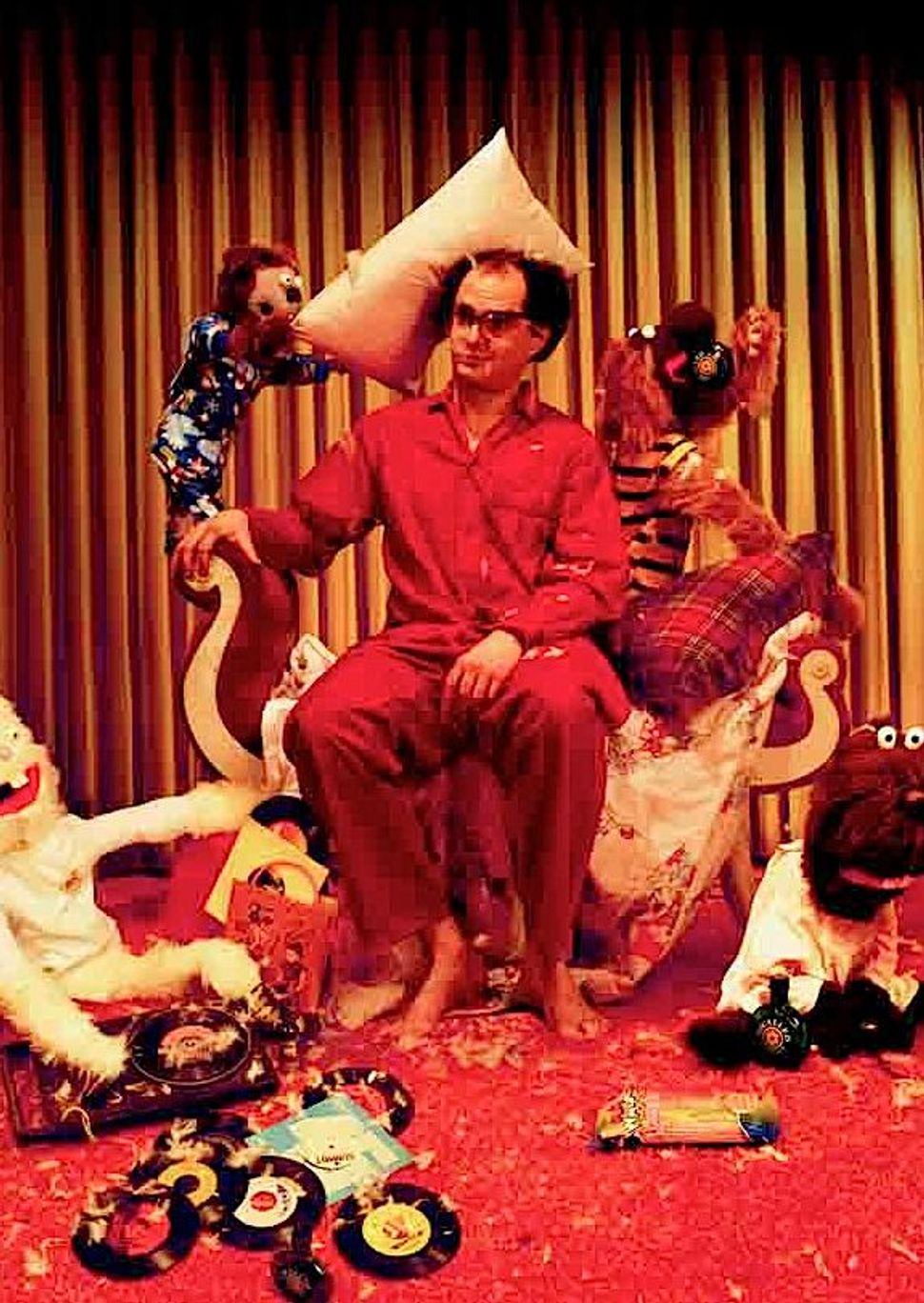 Image by Courtesy of Socalled Music

While his first three albums oozed Yiddishkeit, Socalled’s musical range also bounced from funk to house to light jazz to gospel to reggae. On his latest effort, “Sleepover,” released in May, the Montreal-based artist continues his catholic approach to musical fusion but cuts out most of the Jewishness, offering 12 tracks with only thin traces of a freylekh or a nigun. Any fan taken by Socalled’s Yiddish-heavy 2003 album “HiphopKhasene” or his “Hip Hop Haggadah” follow-up, or his 2007 breakout release “Ghettoblaster,” might think the guy has completely lost his compass.

Despite Socalled’s wide-ranging musical tastes, his crutch has always been the klezmer circuit. Along with the earlier albums, he’s played klezmer festivals across North America and Europe and collaborated with contemporary greats like clarinetist David Krakauer and The Klezmatics trumpeter Frank London. His identity as a Jewish artist has been largely self-imposed, which makes his recent comments about “Sleepover” in a Montreal Gazette profile all the more strange.

“I wanted to bust out of the whole Jewish hip hop thing, because that was never my intention,” he said. “I’m not religious at all and I’m not part of the Jewish community. The music I make was already either too Jewish for some people or not Jewish enough. The concept of Ghettoblaster was busting out of ghettos — from the ghetto I’d started, of Jewish sounds, but also busting out of all types of ghettos: metaphorical, sonic, physical or whatever.”

The weighty sub-textual question is, how should we view an explicitly Jewish musician, one whose career has profited from Jewish music audiences, who refuses to produce Jewish music? Should we feel disappointment or contempt? Betrayal? Indifference?

Since Socalled’s music has always been a hodgepodge — and as a Jewish musician, isn’t that part of his appeal? — we might as well embrace the musical ecumenicalism he’s been striving for all along. The fact that the Jewish element was a casualty along the way should only be treated as incidental, because “Sleepover,” in its frenetic, confusing, ambitious and tantalizing glory, is a wonderful record. With over 30 guests, including Montreal singer-songwriter Katie Moore, funk trombonist Fred Wesley and nonagenarian New York pianist Irving Fields, “Sleepover” is anything but parochial — the music cuts across funk, calypso, reggae, folk, rap and soul, mostly overlaying Socalled’s torrential brand of urban hip-hop.

The opening track, “UNLVD,” a mash-up of smoky, after-hours lounge funk, French and English jazz vocals and rap, sets the album’s tone and gives the listener an initial taste of its humorous lyrics — “Stop looking for love / It’s like your house keys / You’re not going to find them until you stop looking for them.”

Socalled and his sleepover mates hit their stride early. “Work With What You Got,” an infectious calypso rap, has the playfulness of a pillow fight. In the earnest R&B rap “Kid Again,” Socalled delivers a quick, clever rhyme using bread as a metaphor for racial harmony: “Don’t get upset if it’s baguette or rye that you eat-a / Everybody breaking up the crackers, Wonder Bread or pita / Snap bagels, challah back and flip buns / Fuck guns, we gotta start spreading the crumbs.”

“Sleepover” does have small reminders of Socalled’s earlier oeuvre, like the rapid-fire klezmer clarinet work on the title track. But from the Canadian folk ballad, “Springhill Mining Disaster,” to a 16-minute Derrick Carter remix of an earlier track, “Richi,” Socalled seems to be tearing away from his overt identity as a Jewish musician.

Surely there will be fans that think he’s strayed too far. But for now, it might be better to embrace what we’ve gained from Socalled’s redirection, rather than lament what we’ve lost.

Watch an interview with Socalled by Nightlife.ca: