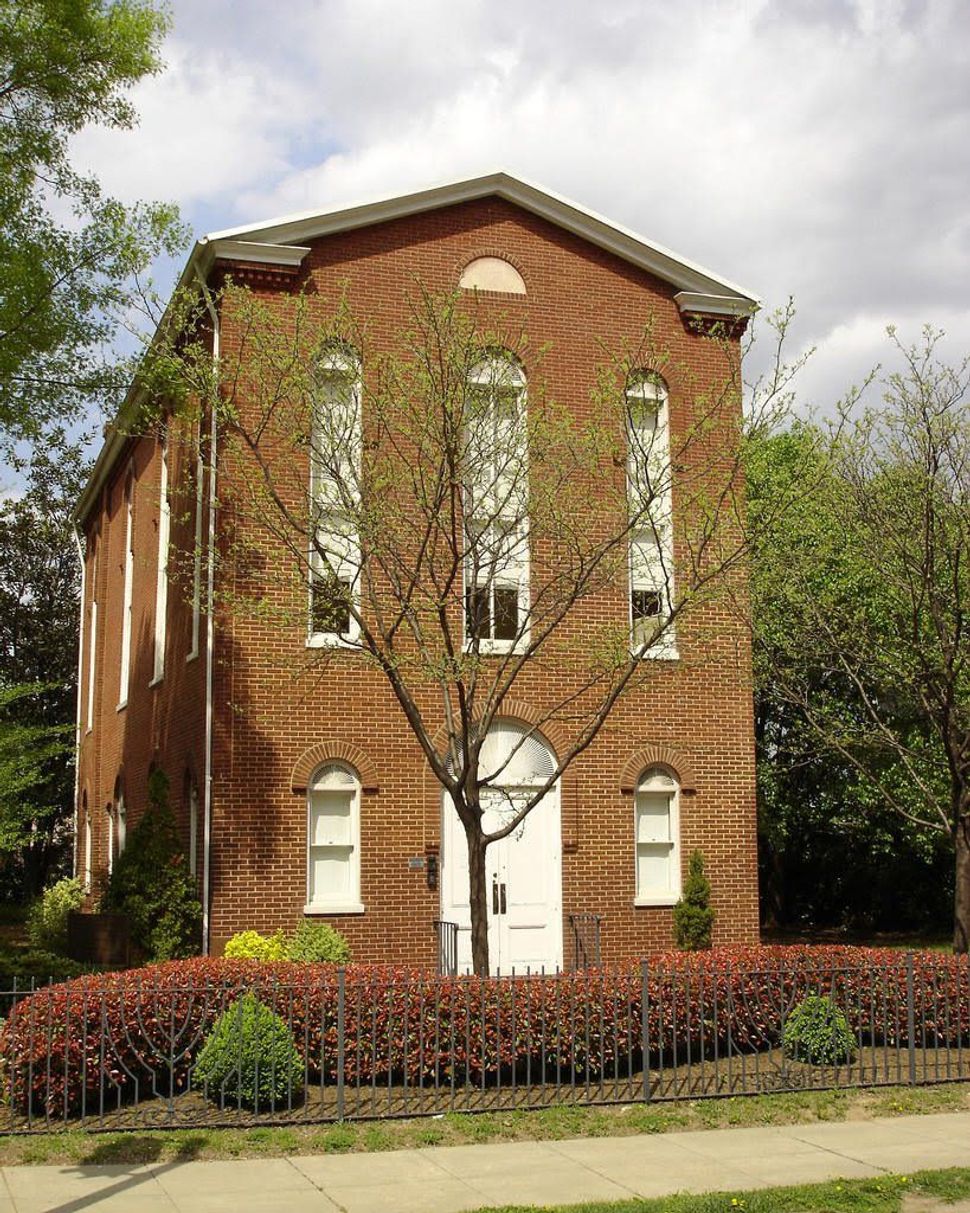 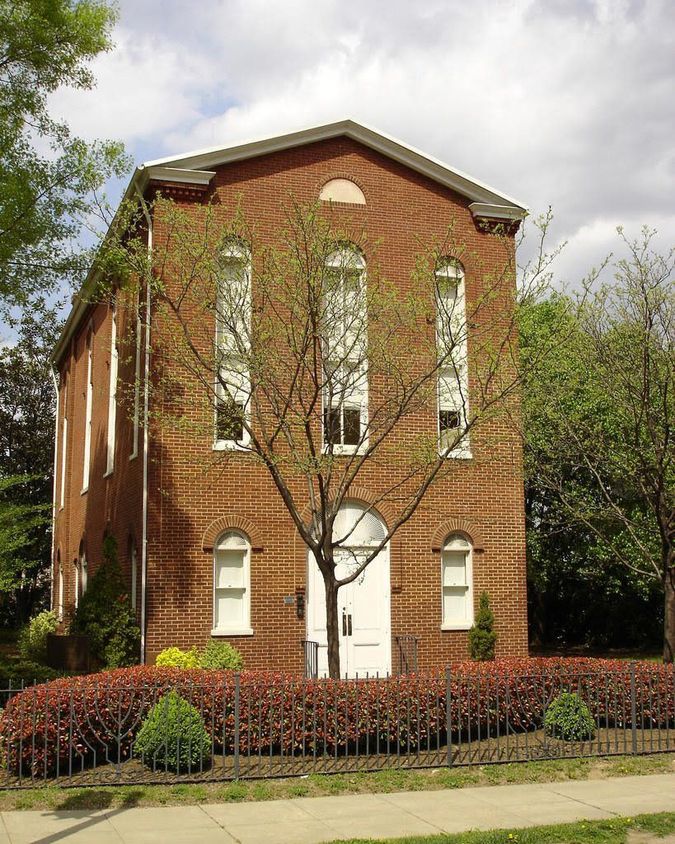 On a few previous occasions I have mentioned visits of heads of state to synagogues. One of the most significant such occasions in American history was the visit 135 years ago of President Ulysses S. Grant to the dedication of the new synagogue in the national capital city of Washington, D.C. On June 9, 1876, shortly before the nation’s centennial, Adas Israel Congregation dedicated its modest building made festive for the occasion with flowers, “festoons of evergreens,” and American flags over the Ark.

Adas Israel was established as an traditional (Orthodox) congregation in 1869. The synagogue was built at the corner of 6th and G Streets, NW, then part of the city’s residential and commercial center, after many years of planning and fundraising. The Jewish Historical Society of Greater Washington now maintains the former synagogue, which was moved to a different site in 1969, as a museum.

I have a special interest in this synagogue and its survival. It was one of the first historic American synagogues — and restoration projects — of which I learned when I first began work as historic preservationist more than 20 years ago. I later had the privilege of contributing to the Historic Structures Report prepared about the building’s history, architecture and condition. You can read more about the synagogue here, and follow links for pictures and even more information.

Grant was the first U.S. president to attend synagogue services in the United States. He sat at the front of the sanctuary on a sofa rented especially for the occasion and even donated $10 to the synagogue’s building fund, the equivalent of $200 today. The room was filled to capacity and latecomers were turned away.

Nowadays such an appearance — almost anywhere in the world — would not seem unusual. I reported last October about the president of Germany attending the dedication of the new synagogue in Mainz. Grant’s participation in the events, however, was unusual, and more than a symbolic courtesy. It marked his reconciliation with the Jewish community and return to the principles of his predecessor George Washington, expressed in his famous lines penned to Moses Seixas of Newport, Rhode Island in 1790, that “All possess alike liberty of conscience and immunities of citizenship. It is now no more that toleration is spoken of, as if it was by the indulgence of one class of people, that another enjoyed the exercise of their inherent natural rights. For happily the Government of the United States, which gives to bigotry no sanction, to persecution no assistance requires only that they who live under its protection should demean themselves as good citizens, in giving it on all occasions their effectual support.”

During the Civil War, Grant had issued General Orders No. 11, violating Washington’s sentiment and American tradition, and expelling Jews “as a class” from the areas under his command. Grant subsequently faced charges of anti-Semitism throughout his career.

The three-hour dedication ceremony was covered in several local and national newspapers, including The National Republican, The Jewish Messenger, and the Washington Chronicle. The articles which can be read by clicking the links above provided by the JHSGW, describe the decorations, prayers, and sermon given by visiting Rabbi George Jacobs of Philadelphia’s Congregation Beth El Emeth. Reading these contemporary accounts, especially those from the non-Jewish press, opens a window in 19th-century American perceptions — and openness — to Judaism and American religious pluralism.