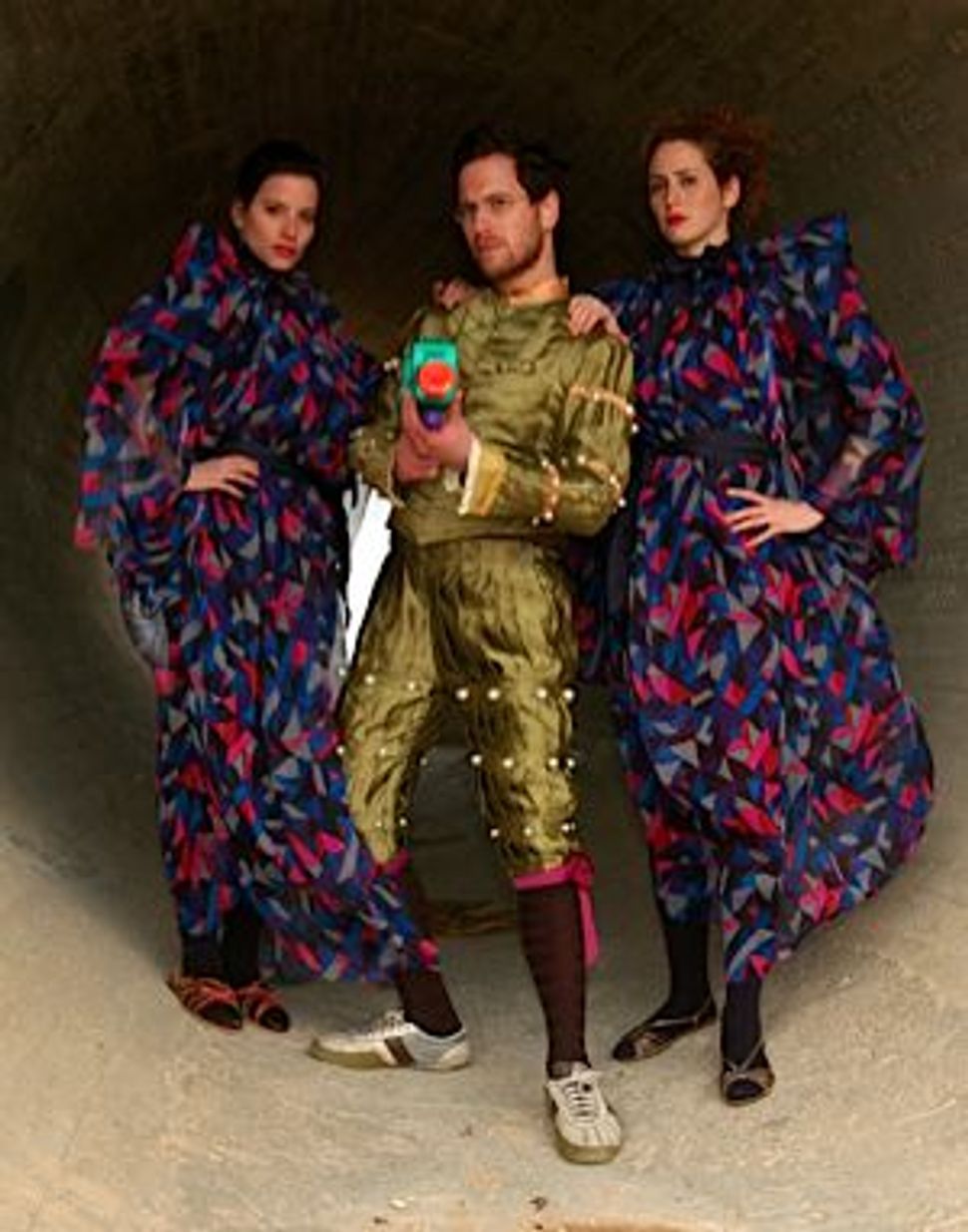 Image by Courtesy of TJFF

The titular condition, of course, manifests as “curiously positive feelings for perpetrators,” as Time magazine puts it. And in a series of surreal set-pieces, Epstein explores his own conflicting emotions — not only as a Jew spellbound by all things Teutonic, but as a gay man apparently into German guys in a big way.

The film’s first section, “Golden Mission,” opens with a girl-group trio lip-synching to a rock version of the “Adon Olam” prayer while a bearded young man in pink knee socks sways along — until they’re interrupted by a Marlene Dietrich lookalike mouthing the words to “I Can’t Give You Anything But Love.” She hands the boy an LP whose Hebrew-language cover reveals it’s Prokofiev’s “Peter and the Wolf” — one of the great Stockholm Syndrome stories of all time — whose musical and psychological themes recur throughout the film.

Two more evocatively named sections — “European Haven” and “Jewish Revenge” — provide more of the same, with suggestive, imagistic sequences driven by eclectic pop and elaborate pantomimes. Epstein produces some haunting imagery; it’s hard to shake the vision of a statuesque blond woman standing over three people at a dinner table sipping soup through rubber bondage masks. And a take on Leonard Cohen’s “First We Take Manhattan,” complete with a Nazi salute, brings a chilling edge to an already-spine-tingling song.

Some jokes fall flat; an overlong parody of a 1980s music video, set in a stark white room, pits a yarmulke-wearing Jew against three blond Europeans to the tune of Depeche Mode’s 1984 hit “People Are People” (sample lyrics: “It’s obvious you hate me though I’ve done nothing wrong / I’ve never even met you so what could I have done”). And the irony of an elaborate chase through Berlin’s Memorial to the Murdered Jews of Europe wears off quickly. Epstein also lacks pacing, and his static camera placements — probably more a reflection of his budget than his abilities — make “Stockholm Syndrome” a long haul.

Still, it’s hard to fault a film with the guts to puree Almodovar, Matthew Barney, and Jacques Demy into some kind of tasty but toxic soup. And Epstein’s most powerful image — a box of gold teeth that circulates throughout the movie — will stay with you long after the screen goes dark.

Watch the trailer for the third part of ‘The Stockholm Syndrome Trilogy’: