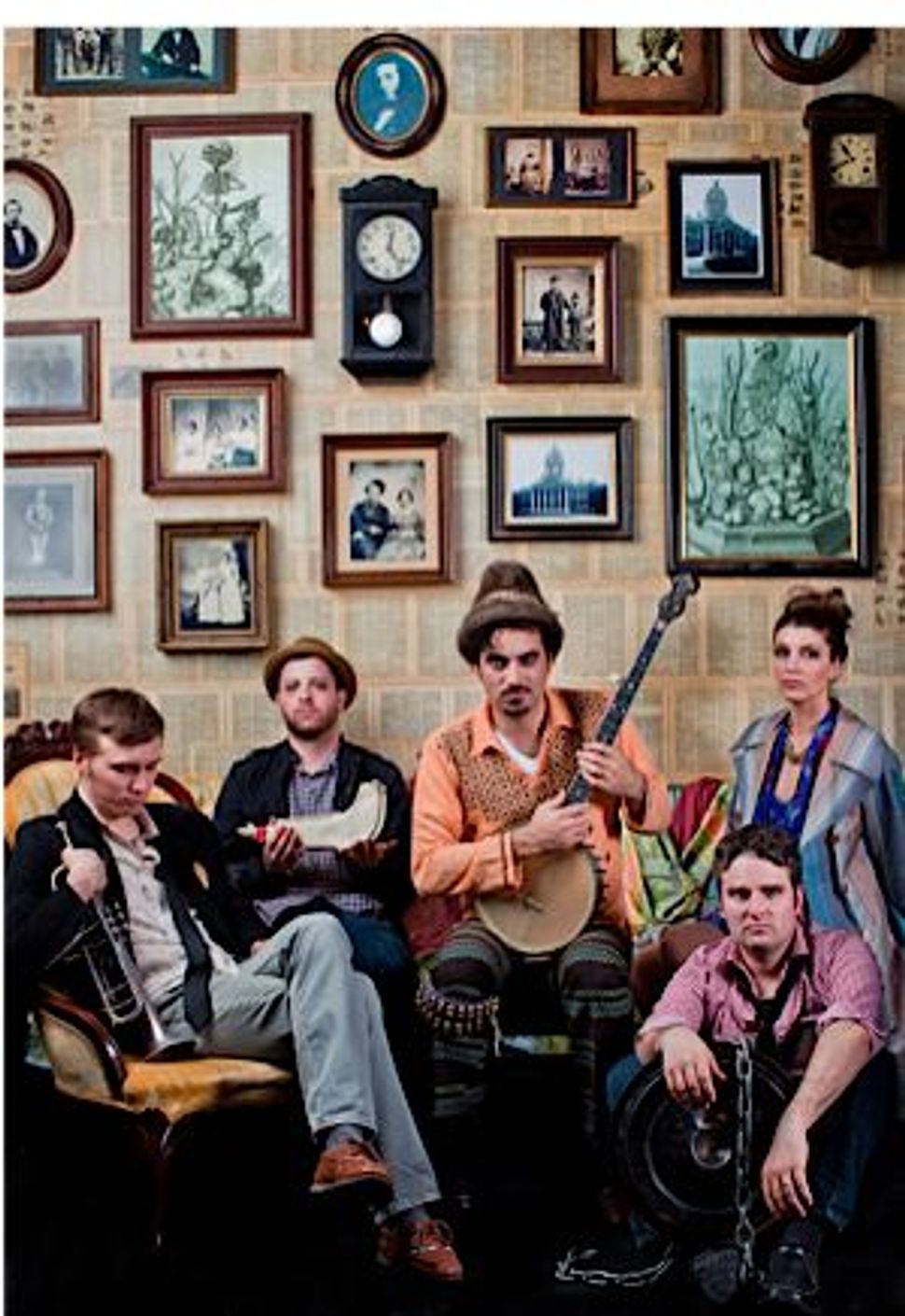 Image by Courtesy of JDub Records

Fusing Ladino, Hebrew and English, the band DeLeon has joined their ranks, successfully establishing itself as a viable contender on the ever-burgeoning indie-meets-world-music scene. Formed in 2006, the band — which takes its name from the 12th-century kabbalist and philosopher Moses De Léon — released their first eponymous album in 2008, following up with “Casata” this month. Consisting of front-man Daniel Saks and bandmates Kevin Snider, Justin Riddle, Amy Crawford and Andrew Oom, the group sings a mix of folk and what they call “Sephardic rock.”

“Casata,” an eclectic 11-track album, is a happy foray into world music. The album leads off with “High is the Moon” a pop style ballad that is an adaptation of a Greek-Sephardic myth, replete with pulsing drum beats, rhythmic lyrics, and a catchy hook. Most of the songs are at least peripherally inspired by folklore or religion, and some, like “Nimrod,” go so far as to retell the tales of the Bible.

Listen to “High Is the Moon”:

While the album is filled with tracks that are consistently good, the songs that are most successful are those that maintain a more broadly-accessible folk quality. “High as the Moon,” “More than Wine,” and “Blooms,” among others, show DeLeon at their best. With those tracks the band is able to glean the very best of the folk and world music traditions, creating something that is at once fresh and of the moment, while simultaneously remaining timeless.