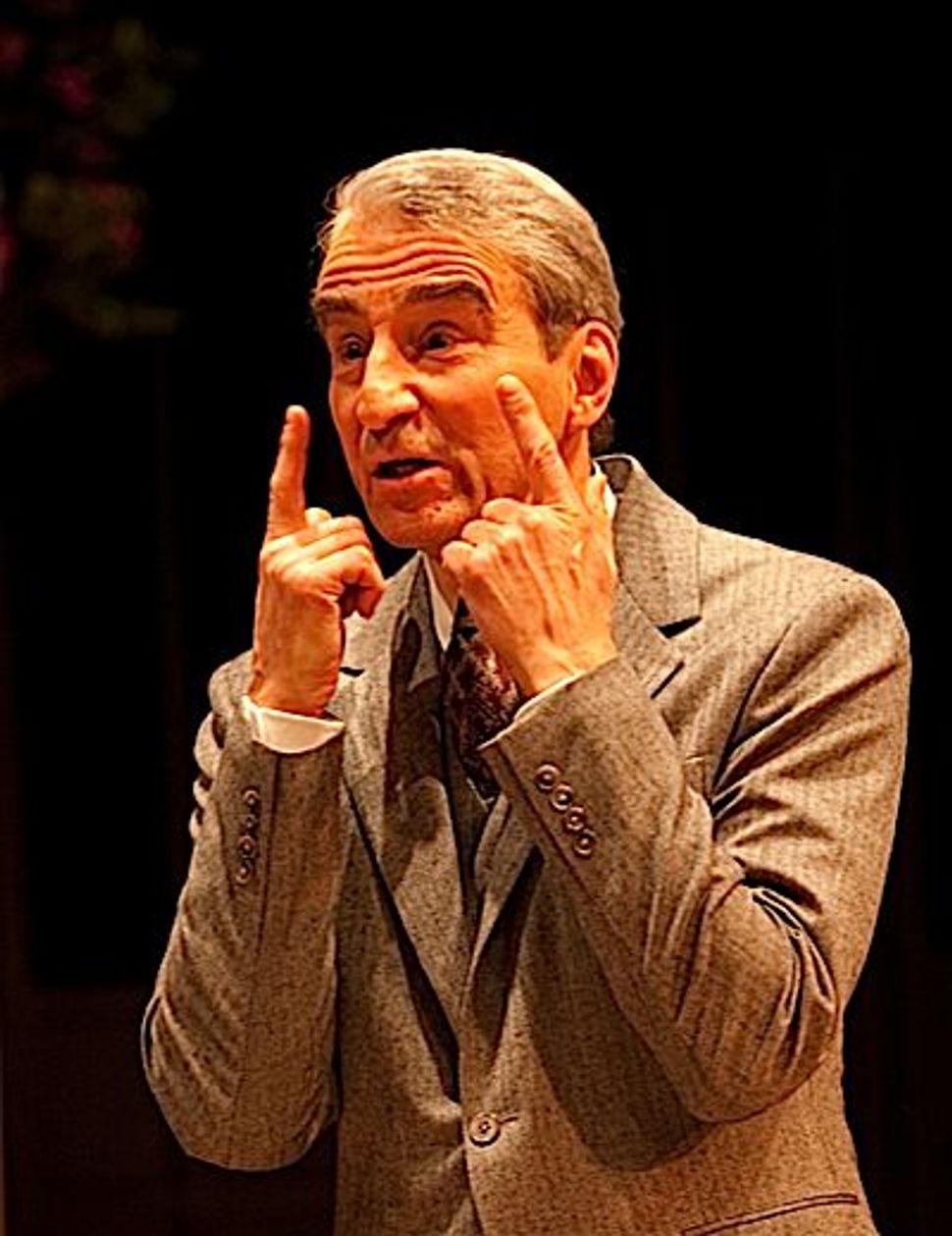 Sam Waterston as Bernard Berenson in the Long Wharf Theater production of ?The Old Masters? from January 2011. Image by T. Charles Erickson

Devotees of the fine arts and even finer acting will hurry to the Metropolitan Museum of Art tonight or on June 27 for a staged reading of Simon Gray’s 2004 play “The Old Masters.” Gray’s opus portrays a stormy encounter between two Jewish art experts, Bernard Berenson (born Bernhard Valvrojenski in present-day Lithuania) and the dealer Joseph Duveen, of Dutch Jewish origin.

As readers of S.N. Behrman’s tasty “Duveen,” reprinted in 2003 by NYRB Classics; Meryle Secrest’s 2004 “Duveen: A Life in Art” from University Of Chicago Press, and John Brewer’s 2009 “The American Leonardo: A Tale of Obsession, Art and Money” from Oxford University Press know, Duveen was burdened by few scruples in his fierce hondling.

From 1907 and for three decades afterward, the refined, highly accomplished connoisseur Berenson profited by taking a percentage from Duveen’s sales for which his authoritative opinion was used to convince prospective buyers, a source of income that today would be looked on askance in the art world.

Duveen and Berenson’s real-life explosive dealings have already been described in Colin Simpson’s 1987 “The Partnership: The Secret Association of Bernard Berenson and Joseph Duveen” from The Bodley Head; Meryle Secrest’s “Being Bernard Berenson: A Biography,” available in paperback from Penguin and Ernest Samuels’s “Bernard Berenson: The Making of a Connoisseur” from Harvard University Press.

Yet seeing the theatrical fireworks onstage, in the hands of such masterful dramatic veterans as Sam Waterston (Berenson) and Brian Murray (an exuberant Duveen), is a special treat. The tensions inherent in the relationship of two old Jews fighting over art was exploited by the director of the original London staging of Gray’s play, Harold Pinter, an all-time maven of barely contained histrionic aggression. The setting is Berenson’s villa I Tatti outside Florence, today housing The Harvard Center for Italian Renaissance Studies, in which Berenson lived in air-tight — he was terrified of drafts — splendor.

The year is 1937, and as war threatens, Duveen arrives to propose yet another unscrupulous deal after a long series of such partnerships. He wants to sell a painting to a millionaire client, but needs Berenson to quash his own disattribution of the same artwork from one Old Master to another, which would lessen its market value. Ethical questions of the eternal value, and sales value of art, are raised in this intriguing talk-fest. The Met Museum staging anticipates a so-far unscheduled future Broadway production. Bravo, Berenson, and even Duveen!

Watch a promo for the play “The Old Masters” in its previous staging at The Long Wharf Theatre.