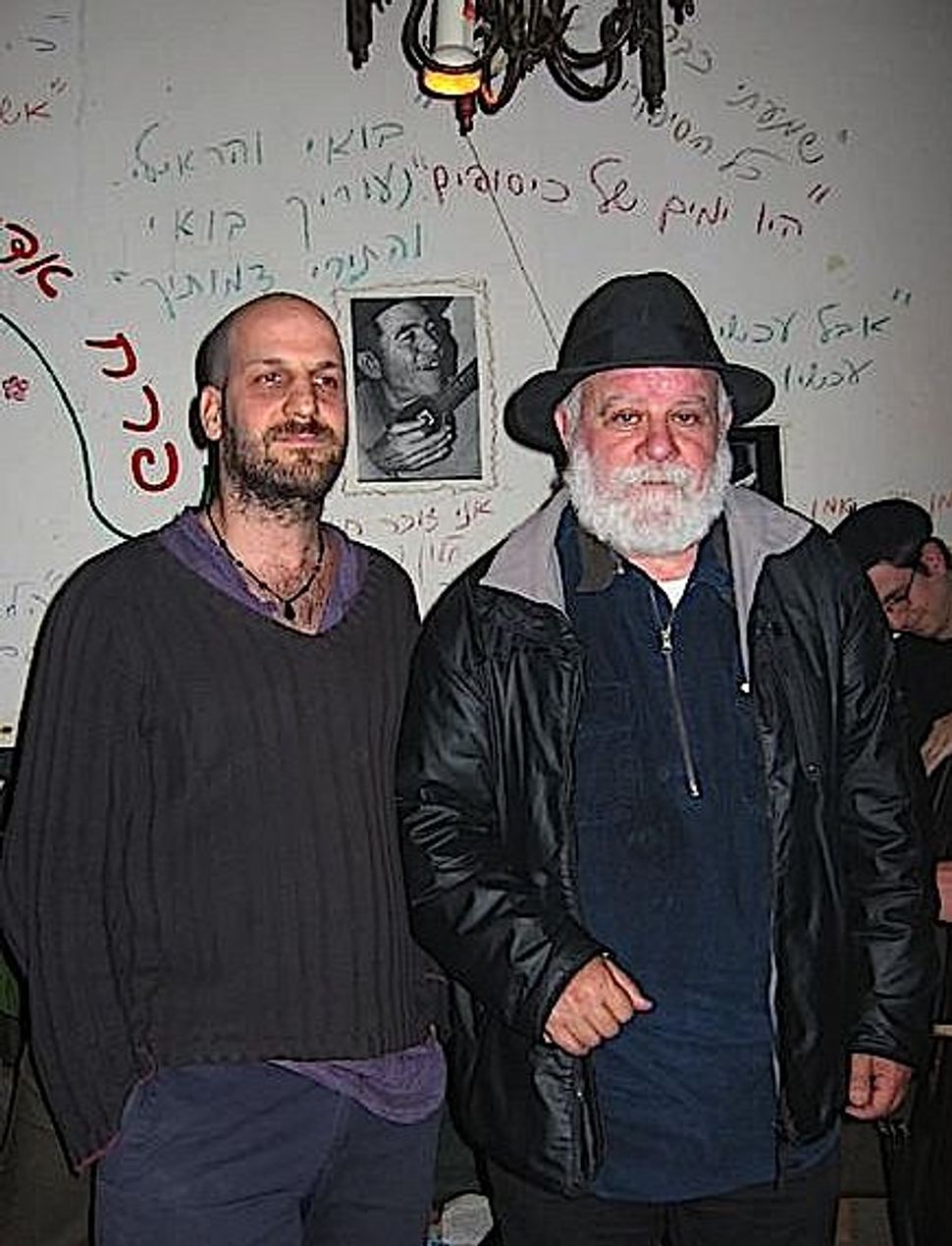 Image by Courtesy of Perach Adom

The death, earlier this year, of the famed Greek singer/songwriter Manolis Rassoulis at age 65 was a loss for Mediterranean music in general, particularly in Israel, where Rassoulis has performed to acclaim with the skilled ensemble Perach Adom (Red Flower).

Founded in 2001 by Tomer Katz, a graduate of Jerusalem’s Rubin Academy for Music and Dance, Perach Adom performs Rebetiko music, a Greek-Turkish genre marked by longing, and the possibility of expressing beauty even in moments of grief. Its quintessential performer, known as The Queen of Rebetiko, was Roza Eskenazi, born Sarah Skinazi to a Sephardic Jewish family in Istanbul. Although Eskenazi died in 1980, her singing is still treasured on recently reissued CDs.

Eskenazi typifies the profound innate beauty and emotional expressivity of the rebetiko genre, which resound on Perach Adom’s own highly accomplished CDs. Led by Katz, a bouzouki virtuoso, the band emerged from humble beginnings playing street concerts in Jerusalem’s Nachlaot district and on a rooftop along Hamadregot Street.

Finally settling in their own improvised small club, which attracts fans of rebetiko, ouzo, and related delights, Perach Adom recently hit the big time with appearances accompanying such Israeli musical stars as the composer, violinist and oud player Yair Dalal and the soulful singer Yehudit Tamir.

The ultimate tribute to the band is that Manolis Rassoulis, known for his integrity and authenticity, was drawn to Perach Adom’s performers and formed an artistic alliance with them. Rassoulis was a member of Greece’s artistic left-wing, which is rarely known for expressing its philo-semitism. Most notorious of these expressions was “Zorba the Greek” composer Mikis Theodorakis, who earlier this year announced: “I’m anti-Semitic.”

As opposed to such declarations of divisiveness, Rassoulis’s performances in Israel were a powerful gesture toward the potential unity of peoples. Such unity adheres to the example of obvious cross-influences among various types of Mediterranean music. One instance among many, familiar to music lovers the world over, is the trajectory of the anonymous 1920s Greek rebetiko tune Misirlou which over the years has become a standard for Klezmer musicians from Israel to Cheltenham, England, with stopovers for variant renditions by the Beach Boys and even a pumped-up mariachi-style version on the soundtrack of Quentin Tarantino’s Pulp Fiction. The enduring closeness of genres of Mediterranean music, underlined by the collaboration of Rassoulis and Perach Adom, is proof of the possibility of peaceably sharing common identities in the region.

Watch a Greek TV report about Perach Adom’s performances in their Jerusalem club.

Listen to a 1933 recording of Rosa Eskenazi.