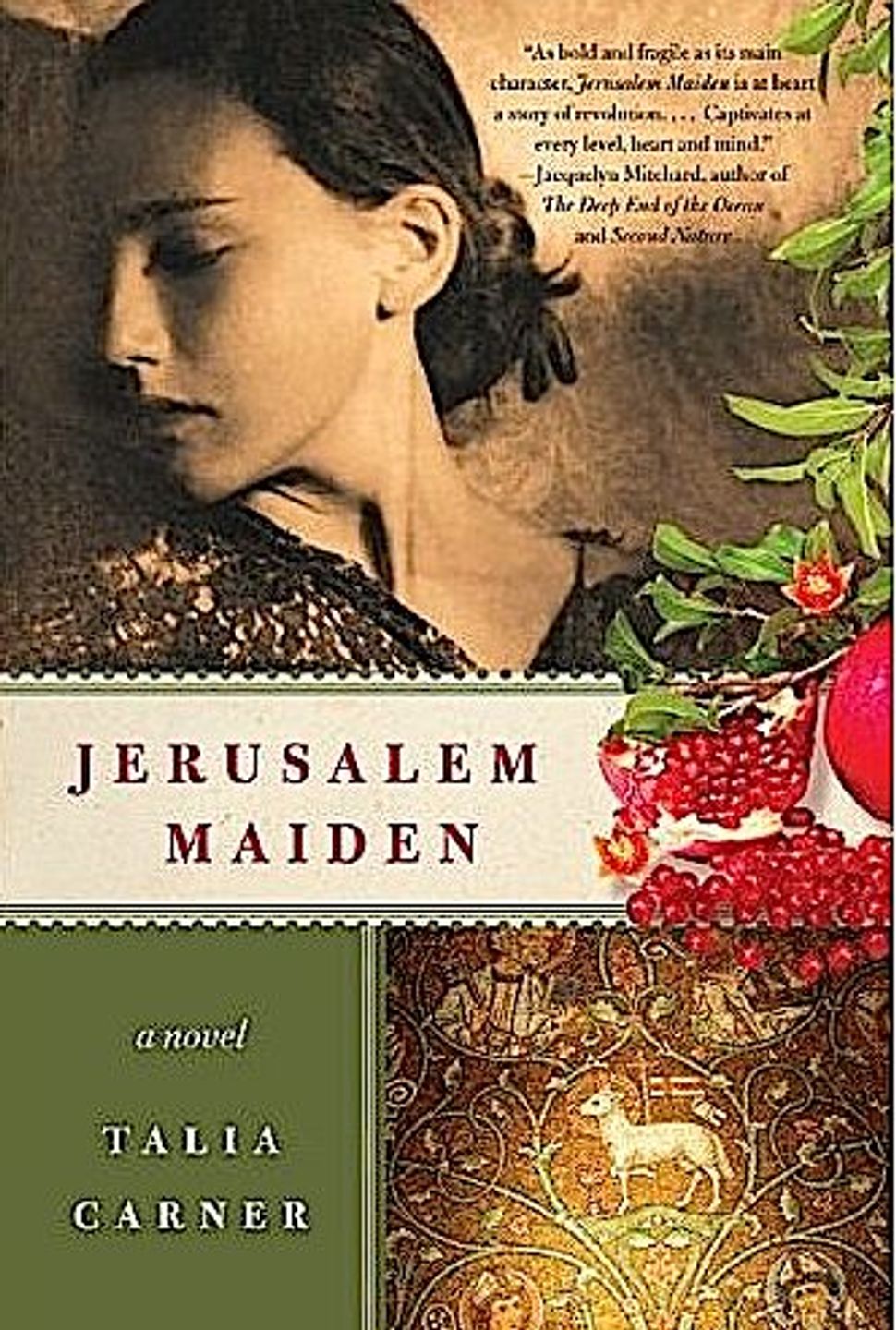 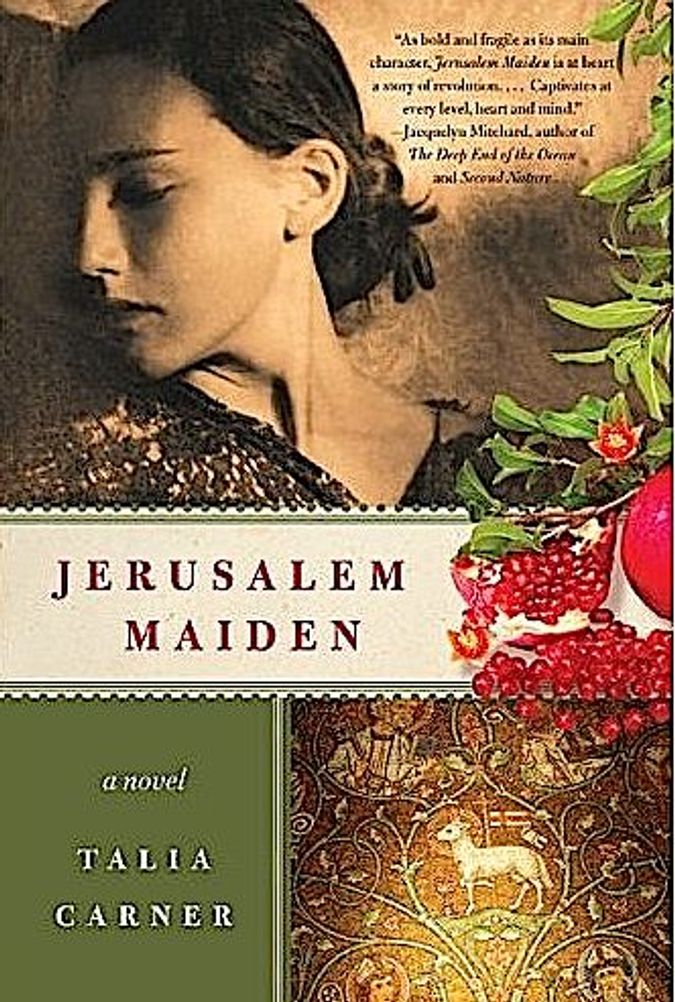 Those craving a fix of Jewish pulp might enjoy “Jerusalem Maiden,” the latest novel by Talia Carner, women’s activist and former publisher of Savvy Women’s Magazine. Set in early 20th century Palestine during the decline of Ottoman rule, the novel follows Esther Kaminsky — a heroine inspired by the author’s grandmother — whose ultra-Orthodox lifestyle stifles her artistic and romantic urges. Will she reconcile her appetite for adventure with her deep-seated faith before it’s too late? And, perhaps more importantly: How much stilted dialogue and clunky imagery (“The iron felt heavier than a barrel of pickles”) will readers have to weather before they find out?

Carner presents a caricatured view of Haredi culture and the characters — excepting the heroine — are fairly one-dimensional. In Esther’s community, women spit superstitiously (“tfoo, tfoo, tfoo!”), bear children and sanctimoniously pronounce judgment on others at every opportunity.

Esther lives in dangerous times, but her parents respond wickedly when Esther is beaten and molested by a spice merchant in Jerusalem’s Arab marketplace. “A shandeh un a charpeh. Shame and disgrace you’ve brought upon us. Whoever heard of a girl biting a man’s flesh?” Discouraged from scholarship, Jerusalem maidens are married off the minute they start to menstruate, while their men learn Torah and live off the charity of others.

Though portrayed more sympathetically, the novel’s secular characters display no more nuance than their religious counterparts as they nudge Esther to indulge her desires. “Our religion is about the past and present,” her wayward cousin tells her. “It doesn’t allow for the future on this earth.”

Esther grows up in poverty and squalor. Were it not for her French teacher’s insistence on cultivating Esther’s artistic talent, she might never have discovered ecstasy through the act of painting, or the bewitching eyes of Pierre, Mademoiselle Thibaux’s gentile son (“How had she missed that blue of his eyes? She had never seen such a clear, cerulean color except in the blue sky of her own painting.”) Esther almost escapes her repressive fate through Asher, a cousin and fellow outlier whom she agrees to marry, but then Carner throws an incredible plot twist — the old “chuppah swap.”

Like the patriarch Jacob, Esther is deceived by her family at the wedding ceremony and ends up married to another, supposedly more suitable, mate. How naïve Esther was to think she might have had some agency in a life so clearly not her own.

The next chapter of Esther’s life has her living in Jaffa, rearing three ungrateful children and placating her relatively innocuous husband: no more painting, no more dreaming — that is, until Esther gets an opportunity to go to Paris, where her salvation, and a less than kosher lifestyle, awaits.

“Jerusalem Maiden” gains momentum as it goes along and makes a salient, albeit well-worn, distinction between religion and religious establishment. While the novel may not be a literary tour de force, it does shed light on issues of communal pressure and female vulnerability that, unfortunately, still play out in religious communities today.