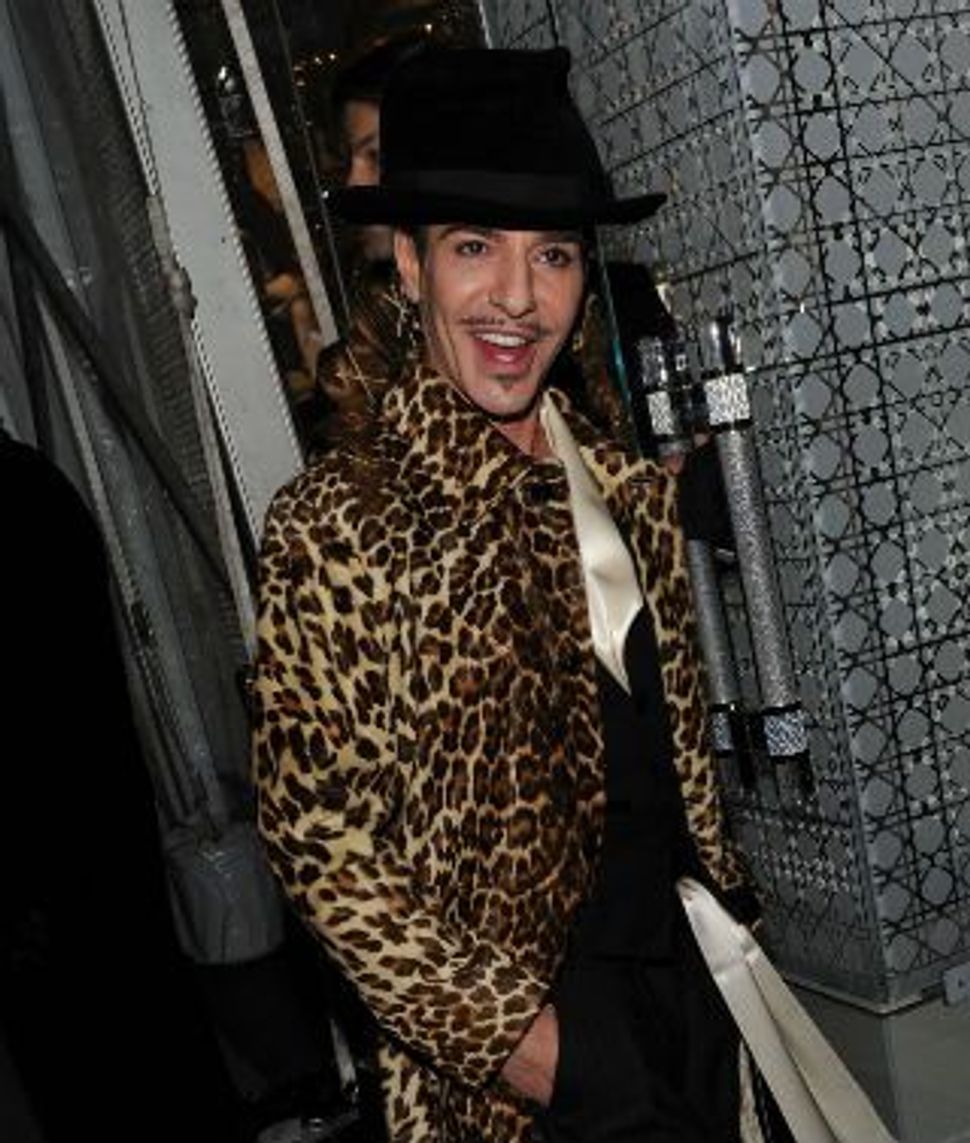 That’s the defense being used, predictably, by the English fashion designer, who went on trial in Paris today for anti-Semitic rants made at a restaurant in the French capital in October and February. The comments qualify as criminal hate speech in France, where Galliano faces up to six months in prison and a fine of roughly $32,400.

Galliano, who was fired as the creative director at Christian Dior in March, has repeatedly apologized for the comments, and reportedly entered rehab after being caught on camera declaring, “I love Hitler.” He described himself in court as “a recovering alcoholic, a recovering addict,” and hopes, in his lawyer’s words, to “rebuild himself professionally and personally.” The designer, who is gay, denied being a bigot, telling the court, “I do not have these [anti-Semitic] views, and I have never held them.”

Of course, he also denied making the remarks in the first place — and then was forced to recant after a video of one particularly surreal statement went viral on YouTube.

The date of the verdict has not yet been announced.