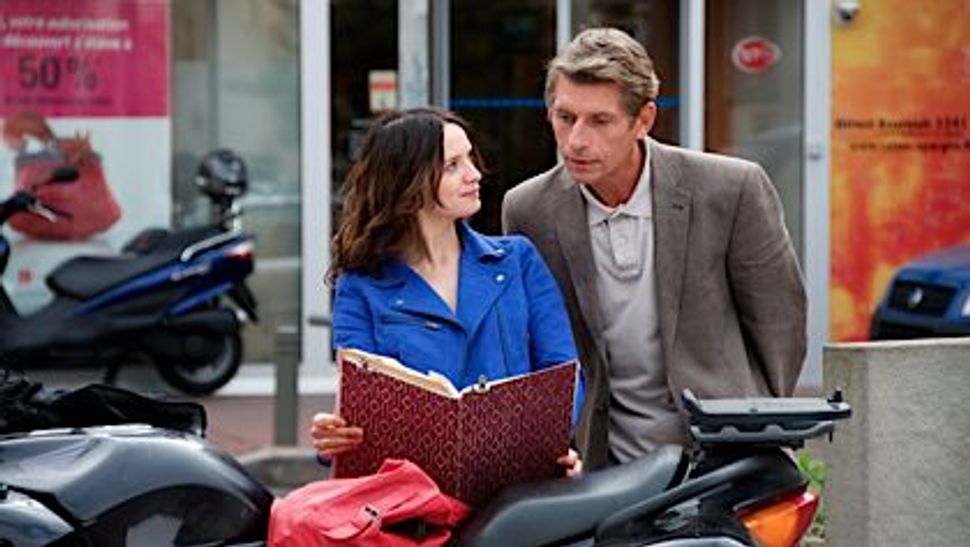 In “The Names of Love,” being released in the U.S. June 24, 24-year-old actress Sara Forestier plays Baya, a free-spirited idealist who literally enacts the 1960s slogan, “Make love, not war.” She is passionate to a fault in supporting the French left, lending her attractive body to the cause by converting right-wingers with sex rather than argumentation. For her performance — in at least one sequence she is hilarious in her nakedness — Forestier won a César, the French equivalent of an Oscar.

In keeping with its French title, “Le nom de gens” (“The name of people”), the names of the major characters matter. Baya’s family name is Arabic (Benmahmoud), whereas the male lead (played by Jacques Gamblin) bears the white-bread French moniker Arthur Martin.

Yet these two share an unsettled status as “half-breeds.” She is the product of a rebellious blue-blood French-Christian mother and an Algerian-Muslim refugee father with a heart of gold, while he has a Greek-Sephardic-Jewish mother who survived the Holocaust as a refugee child in hiding with nuns while her parents were deported and gassed, and a very proper (even prudishly straight-laced) Frenchman for a father.

Baya flirts with a secular-cultural version of her Arab heritage, while Arthur identifies as a rationalist and an atheist, but not as a Jew. Arthur is Baya’s unlikely love interest — unlikely more because of their difference in temperament than because of their difference in philosophy or their obvious age gap (at 53, Gamblin is 29 years older than Forestier).There is no clash between them over Israel, no echo whatsoever of the tension widely reported between French Muslims and Jews in recent years. This is a comedy, after all.

But unlike the boisterous Baya, letting it all hang out, Arthur is emotionally guarded, taking after his parents’ fascination with gadgets and technology as a way of avoiding deeper issues, such as his mother’s Holocaust-induced trauma. He becomes an ornithologist who specializes in investigating dead birds to ward off epidemics, which has the effect of distancing himself from human involvements.

Filmmaker Michel Leclerc admits to being inspired by Woody Allen’s comedies. This comes across especially in the clever and innovative ways that Leclerc reveals his characters’ childhoods and parental backgrounds. The film has a zany quality most of the way, but just at the point that it starts getting tiresome in its silliness, it becomes touchingly serious; and so it works.

Watch the trailer for ‘The Names of Love’: