The Yenta in Question Is Charles Busch 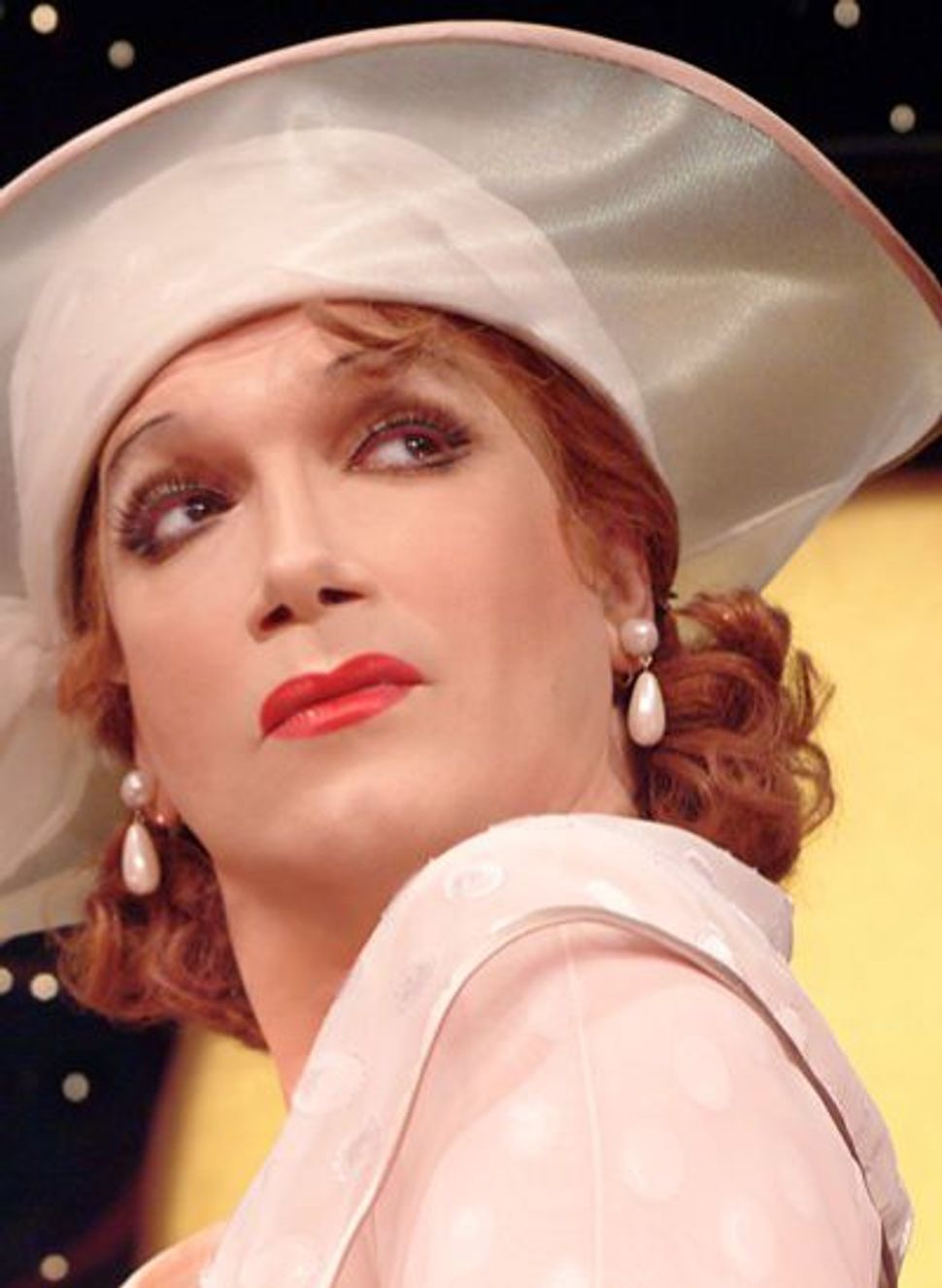 In anticipation of his eagerly-awaited new play, “Olive and the Bitter Herbs” which opens at Primary Stages on July 26, veteran playwright and actor Charles Busch continues to rake in the tributes. On June 27, The New York Innovative Theatre Foundation will present Busch with its 2011 Innovative Theatre Luminary Award at a benefit performance at Therapy/The Upstairs Lounge hosted by Harrison Greenbaum, a Harvard-educated stand-up comic.

Starring Marcia Jean Kurtz, the off-Broadway diva who also appeared in such noteworthy 1970s films as Jerry Schatzberg’s The Panic in Needle Park and Sidney Lumet’s Dog Day Afternoon, “Olive and the Bitter Herbs” recounts the fate of Olive Fisher, a failed old actress whose career peak was landing a sausage commercial in the 1980s, in which her catchphrase is “Give me the sausage.”

TV viewers of a certain age will doubtless recall the actress Clara Peller, who since 1987 reposes in Cook County’s Waldheim Jewish Cemetery, but who achieved sudden fame in the 1980s after working for decades as a manicurist, after she was cast in a series of “Where’s The Beef?” commercials for Wendy’s fast food. In Busch’s dramatic version, Olive is unexpectedly asked by neighbors to host a Passover Seder, which alters her view of those around her and life in general.

Busch’s works, sometimes unfairly reduced to a mere edulcorated version of Charles Ludlam’s more radically brilliant Ridiculous Theatrical Company, have long contained a good degree of Yiddishkeit. Busch discusses his Judaism in the 2006 documentary “The Lady in Question Is Charles Busch” and such pricelessly grumpy characters as Sol Sussman in the 2003 screen comedy “Die Mommie Die!” or the stage characters Marjorie and Ira Taub in 2000’s Broadway success The Tale of the Allergist’s Wife are mainstream, middle-of-the-road, yet piquantly amusing sketches of urban Jewish life today.

Although most celebrated for drag incarnations of filmstars whom he idolizes, such as Susan Hayward, Busch has also contributed dramatic performances, as when he played the role of a murderous prisoner Nat Ginzburg in the wrenchingly brutal HBO television drama “Oz”. More in the gently amusing vein of “Allergist’s Wife,” “Olive and the Bitter Herbs” was written as a vehicle for Kurtz, whom Busch admires to the point of even stalking her, accompanied by a friend, as he confessed to a recent interviewer: “[Kurtz] thought we were goofing on her. I said, ‘No, no, we really think you’re the Jewish Duse!’”

Watch Charles Busch chatting with Israeli-born Amir Blumenfeld an actor from www.collegehumor.com, during the run of Busch’s 2010 play “The Divine Sister.”

The Yenta in Question Is Charles Busch