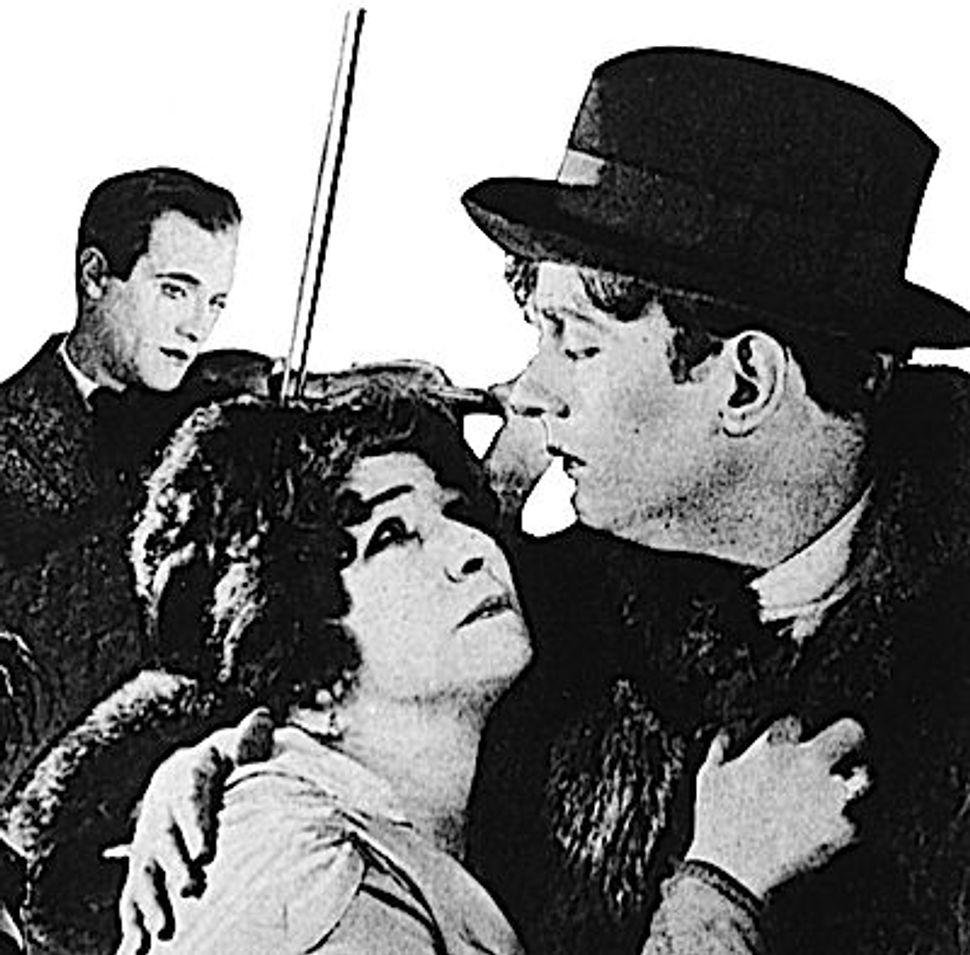 Historical Advertisement This detail is taken from the print advertising campaign for ?Breaking Home Ties? in 1922. Image by Courtesy of The National Center for Jewish Film

The only surviving print of “Breaking Home Ties” was discovered by Center exec Sharon Pucker Rivo in 1984 in a Berlin archive, where it had lain, seemingly lost, for decades, with German intertitles and mistitled in German and Hebrew. Rivo brought the film back to the United States, where the NCJF translated and shot the film’s intertitles back into its original English, and restored the film. But, even restored and preserved, “Breaking Home Ties” was not suitable for viewing.

The NCJF therefore undertook a complete digital restoration of the film. Using new techniques, the NCJF was able to stabilize the image enough to make a version that can be projected and made widely accessible to new audiences for the first time in 80 years.

“Breaking Home Ties” is one of the very few surviving silent films with a Jewish theme and with Jewish content accurately portrayed. In the early 1920s American Jews, stung by the anti-Semitic campaigns of the Ku Klux Klan and Henry Ford, looked to the new medium of the “photoplay” — motion pictures — to portray Jewish life and thereby counter anti-Semitism. Several feature films with Jewish themes were produced during the 1920s and released for general audiences — “The Jazz Singer” is the most notable; 1922’s “Breaking Home Ties” was amongst the early efforts. The film, directed by Frank Seltzer and George Rowlands, was the last film shot at the Betzwood Motion Picture Studios in Philadelphia, which had been founded by Siegmund Lubin, one of the very first of the Jewish filmmakers.

“Breaking Home Ties” is a family drama set in pre-revolutionary Russia and New York. The story is a familiar one: two Jewish immigrant generations discard their Russian past and, after numerous hardships, find success in the new land. The film, interweaving American ideals of hard work and acculturation and Jewish life and values, was an important American Jewish cultural expression of that era.

The newly-restored “Breaking Home Ties,” presented by the National Center for Jewish Film, will have its world premiere at the Jerusalem International Film Festival on July 12 at the Begin Heritage Center.