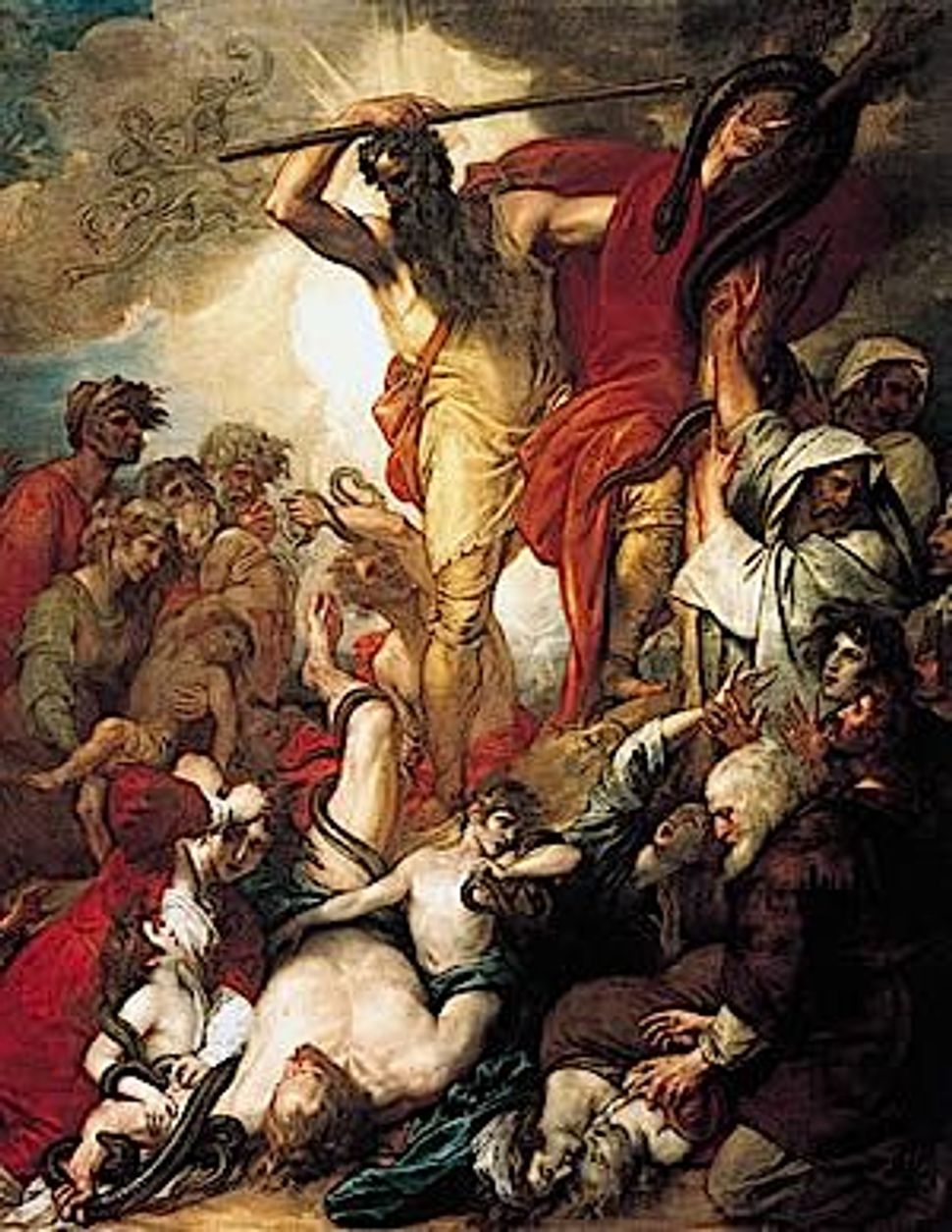 ?The Brazen Serpent? by Benjamin West. 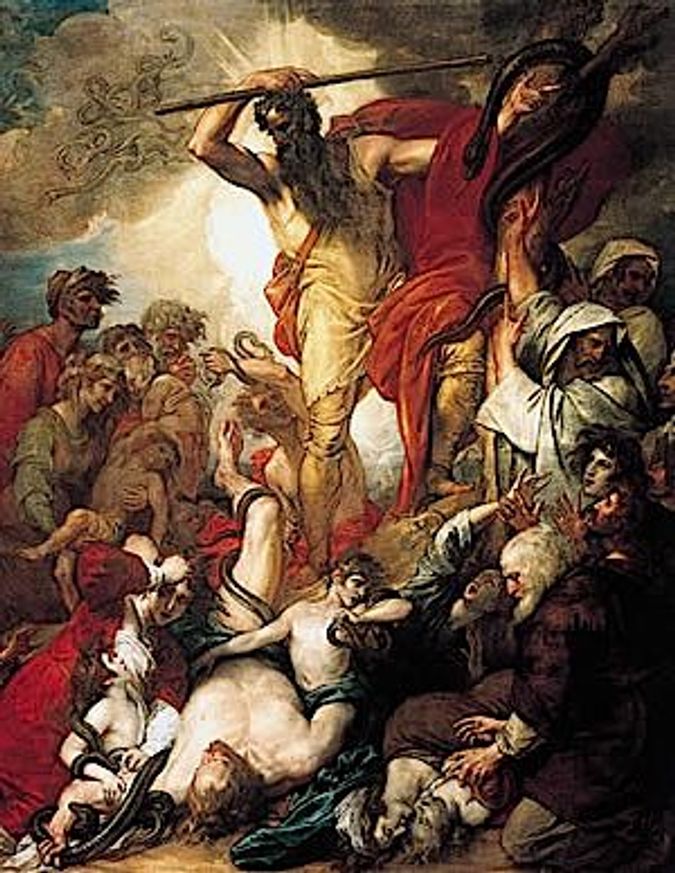 ?The Brazen Serpent? by Benjamin West.

This week’s parsha, Chukat, begins with the “Chok” — or law for which no reason is given or understood — of the red cow and how its ashes are to be used to purify people who have come into contact with a dead human body.

Although it is not explicitly stated, it is understood that around this point 38 years pass and the Jewish people are about to enter the promised land. Miriam dies, and the well that is credited to her disappears. In order to assuage the people’s thirst, Moses hits the rock, instead of speaking to it as ordered by God, and is tragically dismissed from his post as the one to lead the people into Canaan.

Aharon also dies. After seeing this, the Canaanites attack Israel, but are defeated in a counter-attack.

The people complain, again, and are smitten by snakes. The problem is solved by having the people remember God by looking up at a copper snake.

Finally, the Israelites conquer the lands of Sichon, king of the Emorite and Og, king of Bashan, east of the River Jordan.

This week’s song is in deference to the well of Miriam: