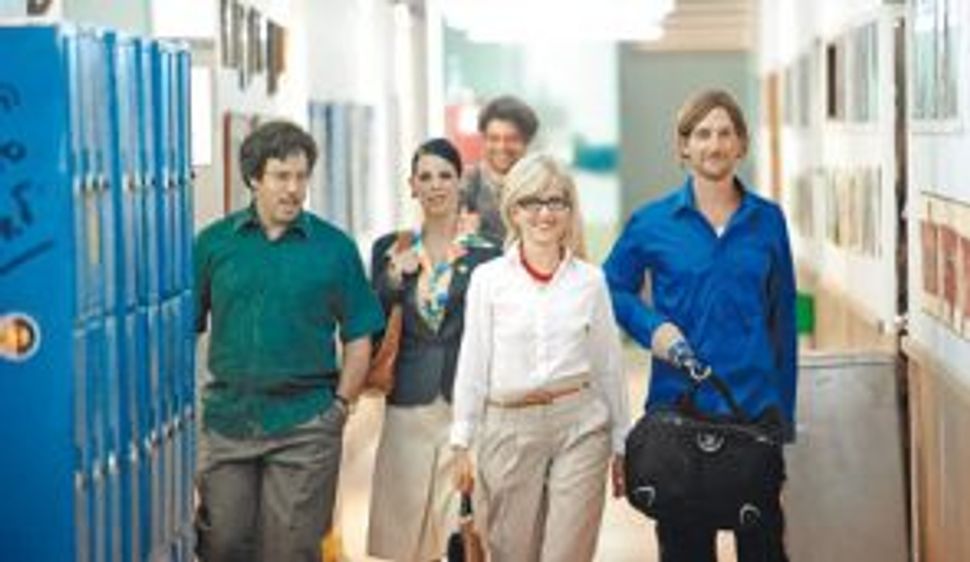 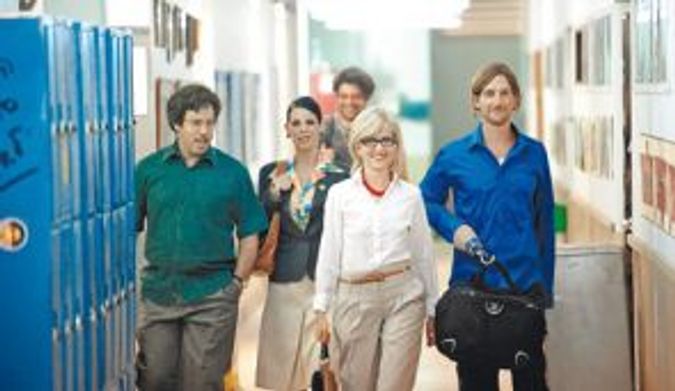 It is impossible not to have a certain reaction while standing at the entrance to the school where the Israeli comedy series “The Most Beautiful Years” is being shot. True, this is an abandoned school in Azur that was rented for the filming, and production people are running around feverishly moving decidedly non-pedagogic props from place to place — but it is a sensation familiar to just about anyone who had a less than great experience at school. What one could refer to as a shudder.

The producers of the new show, which airs tonight on the Channel 2 franchise Reshet, were aiming for this precise feeling. This wild and rather extreme comedy, whose name is not a reference to nostalgic adventures but is rather pure sarcasm, takes place over the course of a delusional year in the high school from hell.