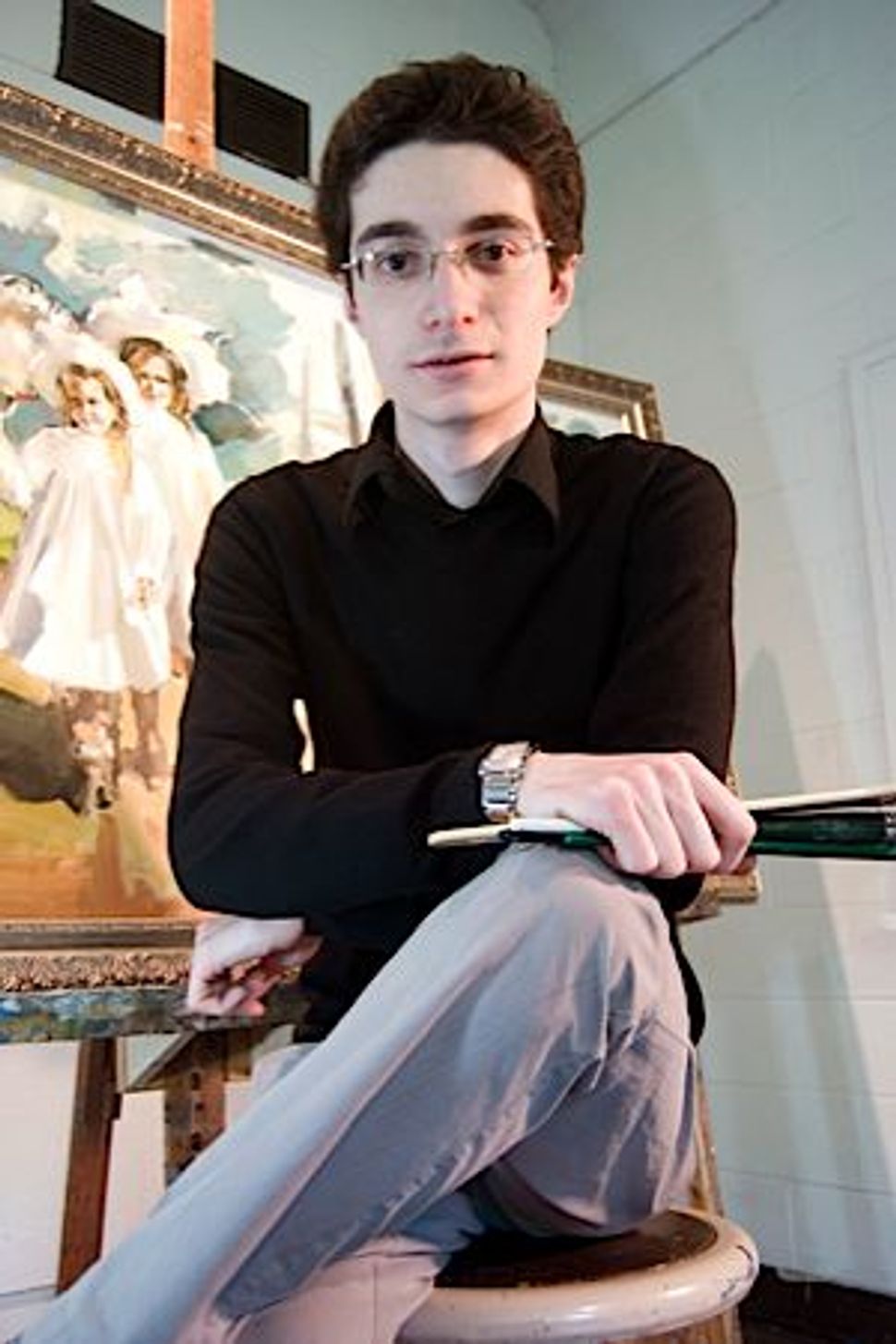 When you’ve already had 10 solo exhibits by age 12 and been named the world’s youngest professional artist by the Guinness Book of World Records, where do you go from there? In the case of Stanislav “Stass” Shpanin, a 21-year-old artist from the Former Soviet Republic of Azerbaijan, you just keep painting.

Since arriving in the U.S. in 2005, Shpanin, now a student at the Hartford Art School at the University of Connecticut, has been building on an already impressive career in the Former Soviet Union and Israel. His latest exhibit, “Age of Empires,” is now on view until July 26 at the Waltuch Gallery in Tenafly, New Jersey. An opening reception for the exhibit will take place July 10.

In “Age of Empires” Shpanin depicts the world of turn-of-the-century Russia, which, despite the era’s political turmoil, was considered the country’s “Silver Age,” paralleling France’s Belle Époque. The series’ paintings evoke the era with a mixture of closeness and distance; the rough brushstrokes create the impression of faded sepia photographs, while the rich colors suggest a vivid and lively world.

Shpanin’s figures are portrayed intimately, from Nicholas II playing tennis, to a rabbi handling a couple of recently slaughtered chickens. The show also displays Shpanin’s range — the humorously named “The Golden Moustache,” features a man in an official, perhaps military outfit, seated as though for a formal portrait. But the name of the painting belies the solemnity of the setting, suggesting that the man’s status rests entirely on his facial hair. The fate of gold, perhaps, in a silver age.

View a slideshow from ‘Age of Empires’: