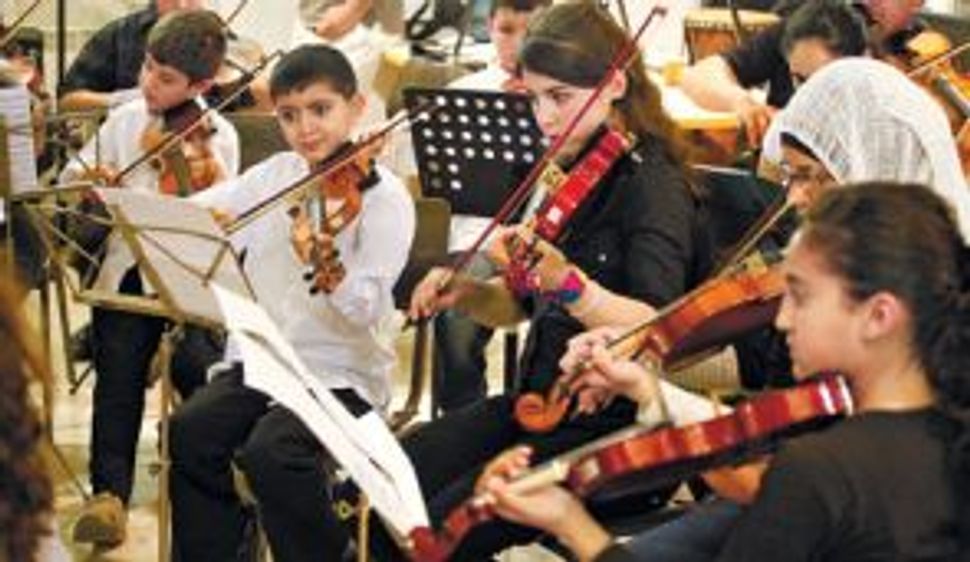 The Qalandiyah checkpoint, which over the years has become increasingly fortress-like, had yet to witness such a sight. Young people streamed toward it from both sides, armed with suspicious black cases and metal poles. The cases turned out to be for musical instruments, and the poles were folding music stands. 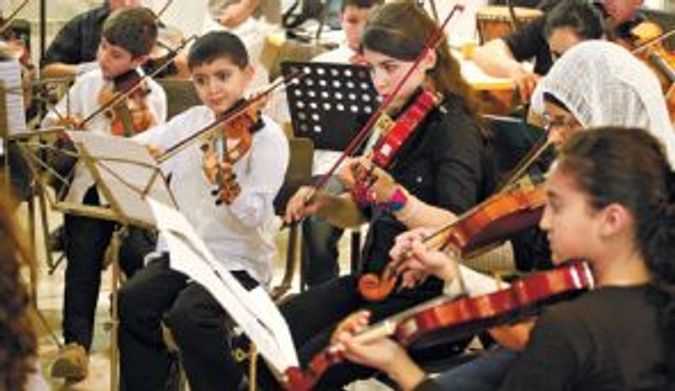 The youth belonged to the Ramallah Orchestra, whose musicians are from across the city, Palestinians and foreigners, who operate under the auspices of the local Al-Kamandjati (in English: the violinist) Conservatory.

Beneath a corrugated metal awning set up at the checkpoint, which abuts the Qalandiyah refugee camp and serves as a filter for entering Ramallah, the musicians opened their stands, took out their instruments and played a slew of classical segments — from Bizet’s “Carmen” to works by Grieg and Mozart.