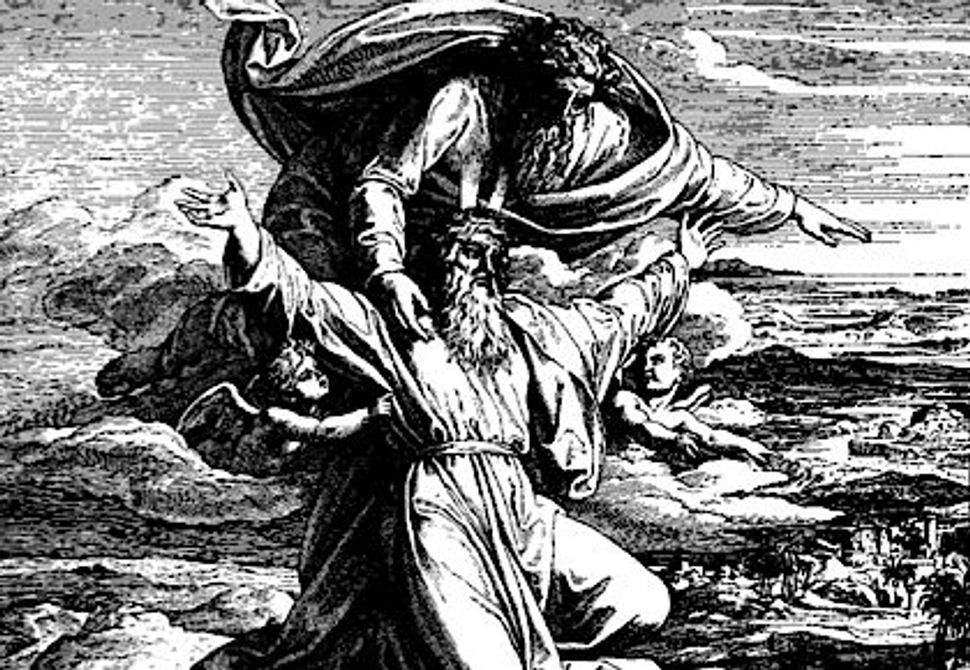 Moses Views the Land of Israel. Woodcut by Julius Schnorr von Carolsfeld from the 1860 “Bible in Pictures.”

In this week’s parsha, Pinchas is spiritually rewarded for killing the leading perpetrators of the idolatry of Baal-Peor with the Midianites, thereby staving off a collective punishment of death for all the Israelites. A census is taken of the people for the purpose of dividing up the land into which they will be entering. The daughters of Tzelafchad establish the claim for women to be able to inherit family land, in the absence of an equivalent male heir.

In spite of all the preparations for entering Canaan, Moses is again informed that he will not be going with the Israelites. Moses shows his concern for the people and requests that a leader be appointed to replace him. Joshua ben Nun is chosen and is officially sworn in. The Parsha concludes with a list of public sacrifices to be brought at their appointed times.

This week’s song is hit from 1981, “Jealous Lover,” by Rainbow. It’s not exactly an accurate description of Pinchas’s motives but the adjective “jealous” does figure in (it’s used three times in one sentence), as in “Jealous for God’s sake.”