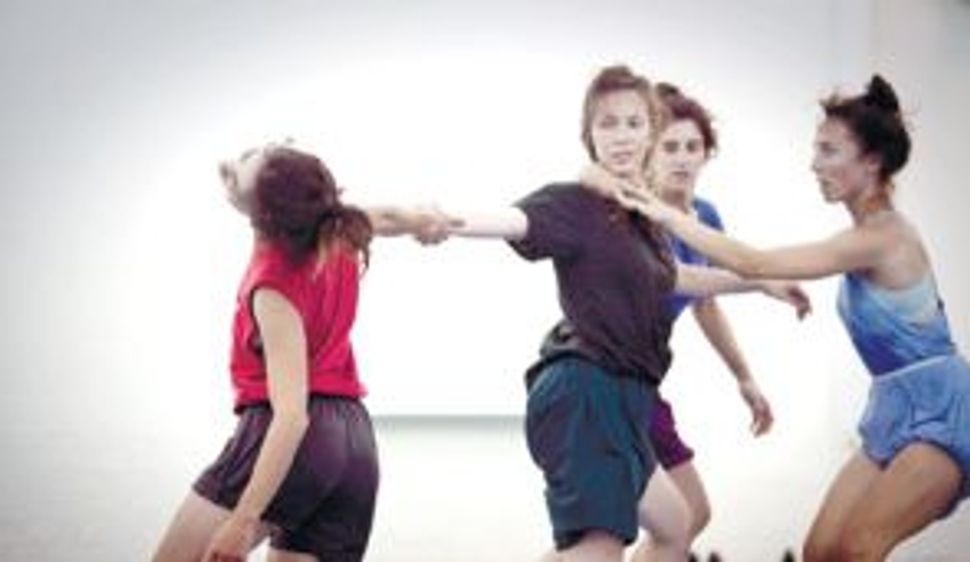 Noa Shadur, and dancers practicing a scene from ?Calypso.? Image by David Bachar 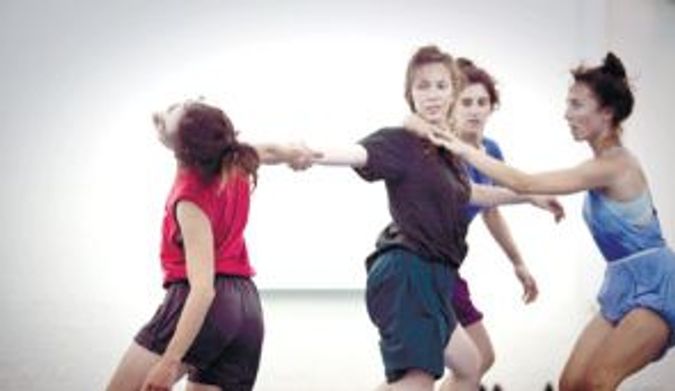 Noa Shadur, and dancers practicing a scene from ?Calypso.? Image by David Bachar

Four women dance to the sentimental sounds of classic Hollywood orchestra music. Ardent fans of musicals will identify these as the song that accompanied Fred Astaire and Cyd Charisse’s nighttime dance in Central Park in “The Band Wagon,” Vincente Minnelli’s 1953 film. The four women dance with delicate grace and use their limbs to create a series of kaleidoscopic, geometric compositions — reminiscent of the numbers performed by the glamour girls in Busby Berkeley’s films of the 1930s and ’40s. At a certain point, you get the urge to watch this quartet from above, as in the Berkeley films, from a perspective that will present the full extent of the choreographic composition.

This is the opening of Noa Shadur’s new dance piece, “Calypso,” which premiered last night at the SummerDance Festival at the Suzanne Dellal Center in Tel Aviv. The piece, featuring Doron Raz-Avraham, Inbar Nemirovsky, Rosalind Noctor and Osnat Kelner, chronicles “four women trapped in a mythological order that is constantly being updated, from Greece to Hollywood, from the Israel Defense Forces to Eurotrash,” according to Shadur’s program notes. “The perfect world they create does not belong to them. The glamour is sometimes dulled and other times shines through in its full splendor.”