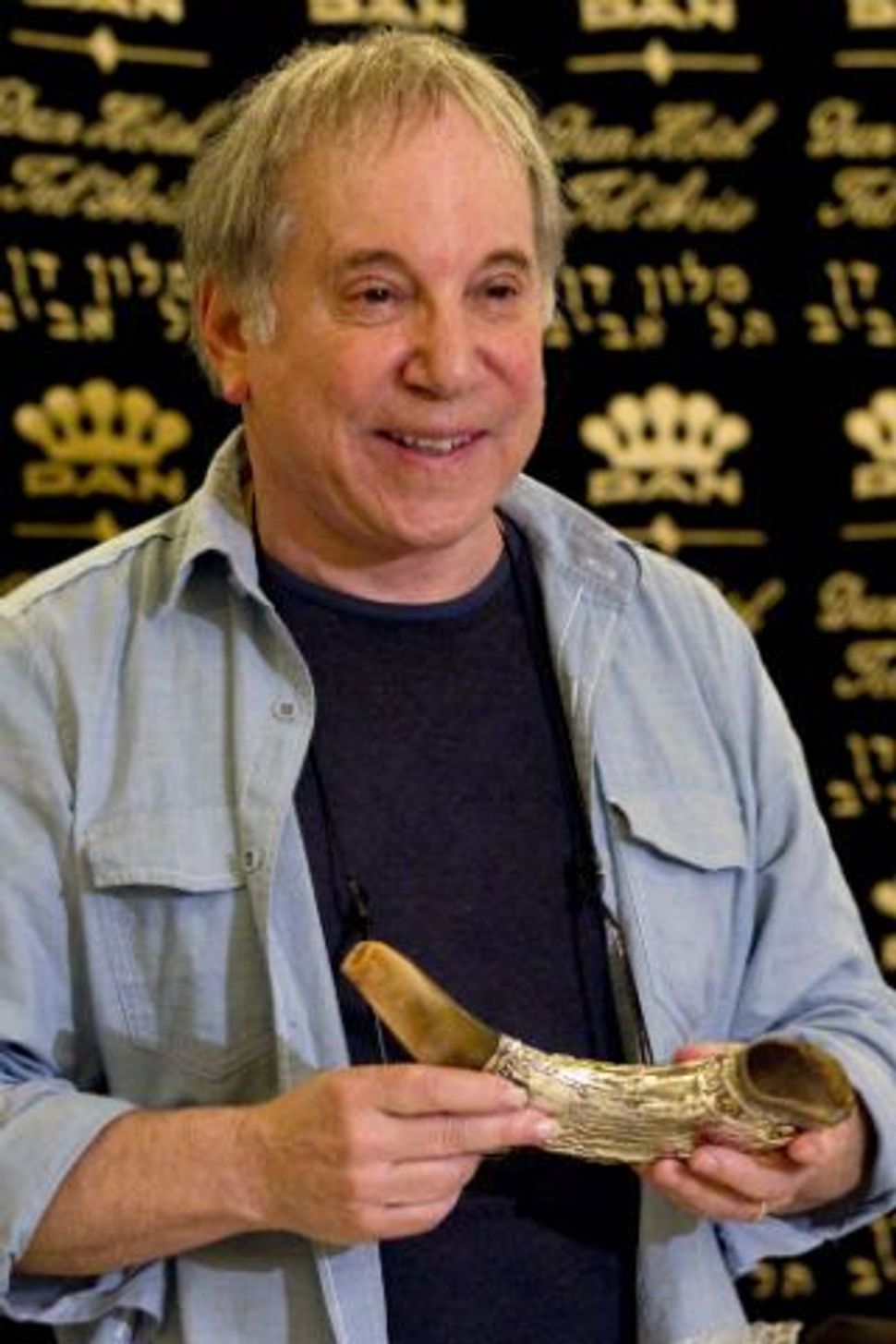 Paul Simon receives a shofar after the press conference in Tel Aviv. Image by Getty Images

Hopefully the concert will be more exciting.

Paul Simon stayed studiously boring during a press conference in Tel Aviv today, shortly after arriving in Israel for a concert tomorrow night in Ramat Gan. The 69-year-old musician claimed never to drink, smoke or party — or even to consume dairy products — in order to preserve his voice. He denied rumors of a feud with Bob Dylan (allegedly over a collaboration that never happened), and offered flattering remarks about the most benign topic imaginable — the local weather.

But the press conference did offer a rare contentious moment or two — especially at the end, when Simon’s publicist prevented him from responding to the final question, about his willingness to meet with the family of kidnapped Israeli soldier Gilad Shalit. Journalists had been warned beforehand not to ask questions of a political nature. (Injecting politics into visits by foreign musical stars has caused problems before.)

In response to a different question, Simon said that he doesn’t consider himself Jewish, although he’s identified as such wherever he goes. “I don’t feel I’m part of Judaism,” the singer told the reporters. “I’m Paul Simon, an individual. But wherever I go, they label me a Jew. For example, someone once wished me a happy Hanukkah, and I didn’t even know it was Hanukkah.”

The Newark-born musician said he’d love to stay beyond his brief scheduled visit in Israel, but that he needs to move on to his new project, a documentary about the 25th anniversary of his Grammy-winning album “Graceland.”