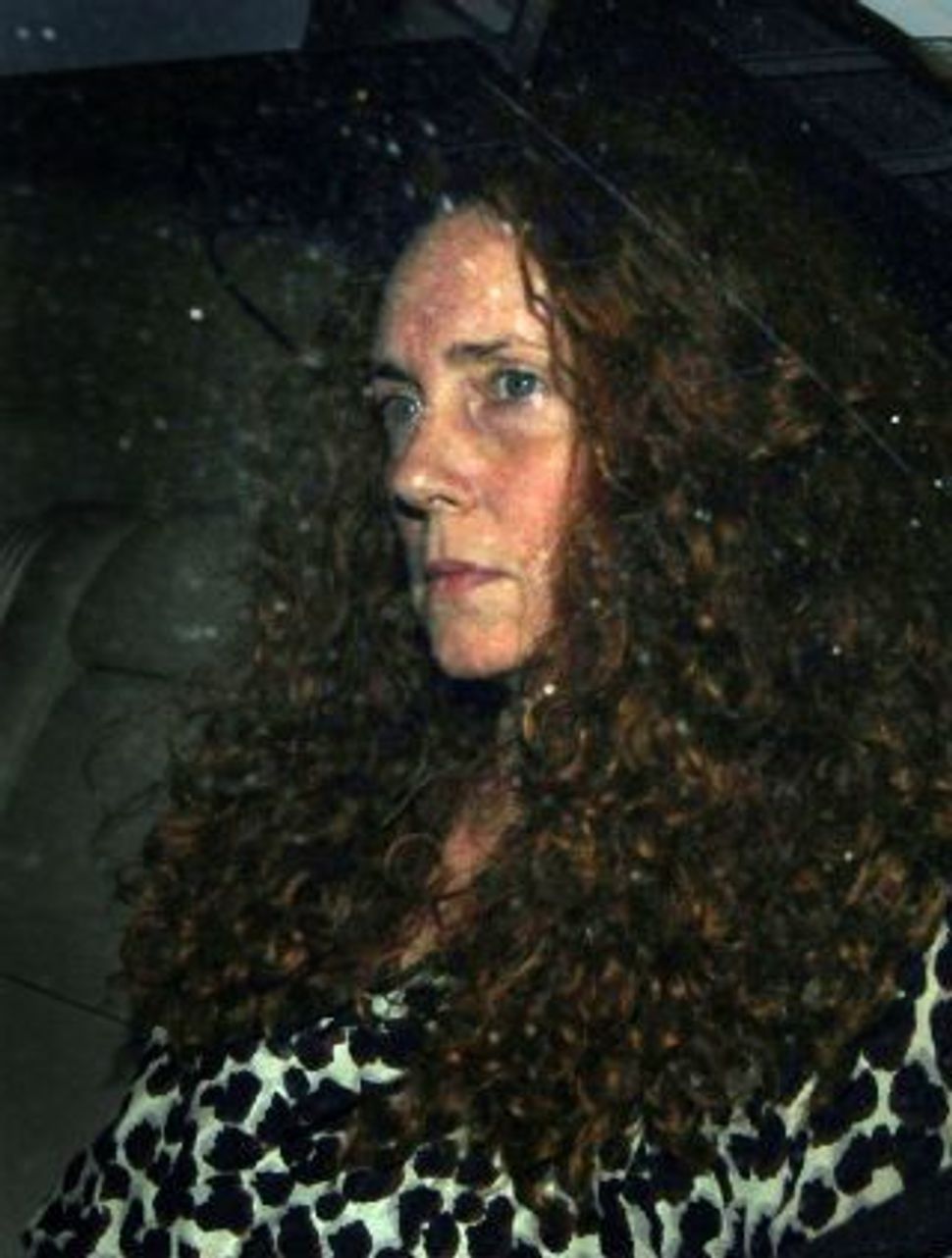 Good news for the Jews: Unlike Dominique Strauss-Kahn and Bernie Madoff before them, the most recent scandal-plagued bold-faced names are not members of the tribe.

You may have heard something of a little scandal involving phone hacking on the part of the defunct British tabloid News of the World. Well, the bright side to it all is that despite her Semitic-sounding name, curly hair and criminal wrongdoing, the recently arrested former News of the World editor Rebekah Brooks is NOT Jewish.

For that matter, neither is Brooks’s former boss, humbled billionaire mogul Rupert Murdoch. (Apparently the fact that he’s rich and owns a major media company means he must be Jewish to many people. Seriously, Google “Rupert” and “Jewish.” Stereotypes die hard.)

At least we can’t be held entirely responsible for this one.

Now, let’s all let out a collective, “Phew.”