Friday Film: How To Embrace Your Inner Cat Lady 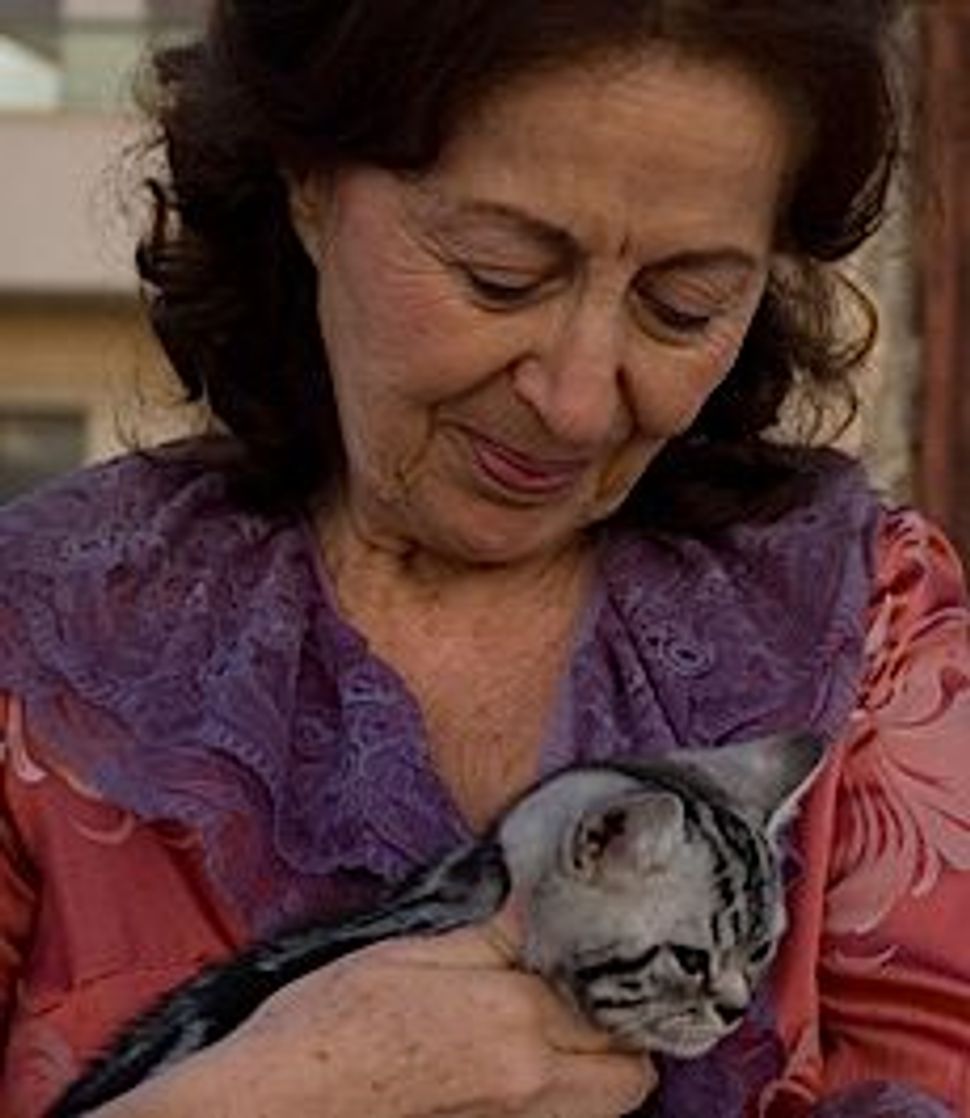 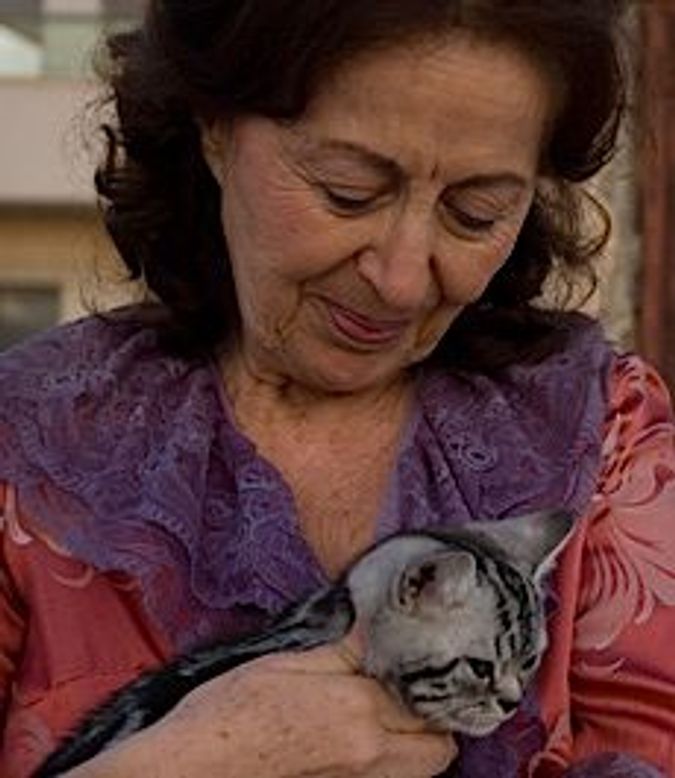 “Mrs. Moskowitz and the Cats,” a film by Jorge Gurvich, opened July 21 in Israeli theaters. I saw the film for the first time at the Jerusalem Film Festival in 2009, when Rita Zohar won an award for her performance as the movie’s protagonist, Yolanda Moskowitz. Seeing the film again, I was once more drawn to the lives and stories of its characters, perhaps even more so seeing the film on its own, far from the noise and fanfare of a film festival. More surprising to me was re-reading my first impressions of the film and feeling that I still identify entirely with everything I wrote at the time — an excellent reason to repost, almost word for word:

Like Yolanda, I have a complicated relationship with the street cats of Tel Aviv, in which reason and emotion do endless battle. Against all reason, I am convinced that there is a profound wisdom in their gaze — a gaze which opens this movie. The cats come first, confronting the viewer, then Yolanda walks by, immaculately coiffed and groomed, carefully avoiding contact.

A woman of a certain age in conjunction with cats immediately evokes the dreaded specter of the “cat lady”: friendless, bedraggled, slightly crazy and surrounded by cats. We all know what we do not want to become, and Yolanda is no exception. Yet the inevitable, inexorable force of time pulls us all into its vortex. The loss of health and vigor is particularly threatening for those, like Yolanda, who have no immediate family and no established network of friends.

Mrs. Moskowitz falls hard. When she is thrust into the geriatric ward of a hospital and becomes dependent on others, her carefully maintained façade crumbles. She has become vulnerable, yet there is much more to Mrs. Moskowitz than her age, or infirmity.

Rita Zohar carries the film beautifully with a performance that never slides into sentimentality. As Gurvich said after the screening at the Jerusalem Film Festival: “The film is hers — she gave her all to me and the film.” And Moni Moshonov as Shaul is the perfect foil to Yolanda — who wouldn’t fall in love with this rogue?

Old age and ill health have a bad reputation for being “depressing” — like the image of the “cat lady” — but it would be a mistake to let that stop you from seeing this lovely, funny and life-affirming movie. Inspired by the novel “The Way to the Cats” by Yehoshua Kenaz, this film manages to use clichés with intelligence and humor while avoiding both cliché and stickiness.

Friday Film: How To Embrace Your Inner Cat Lady