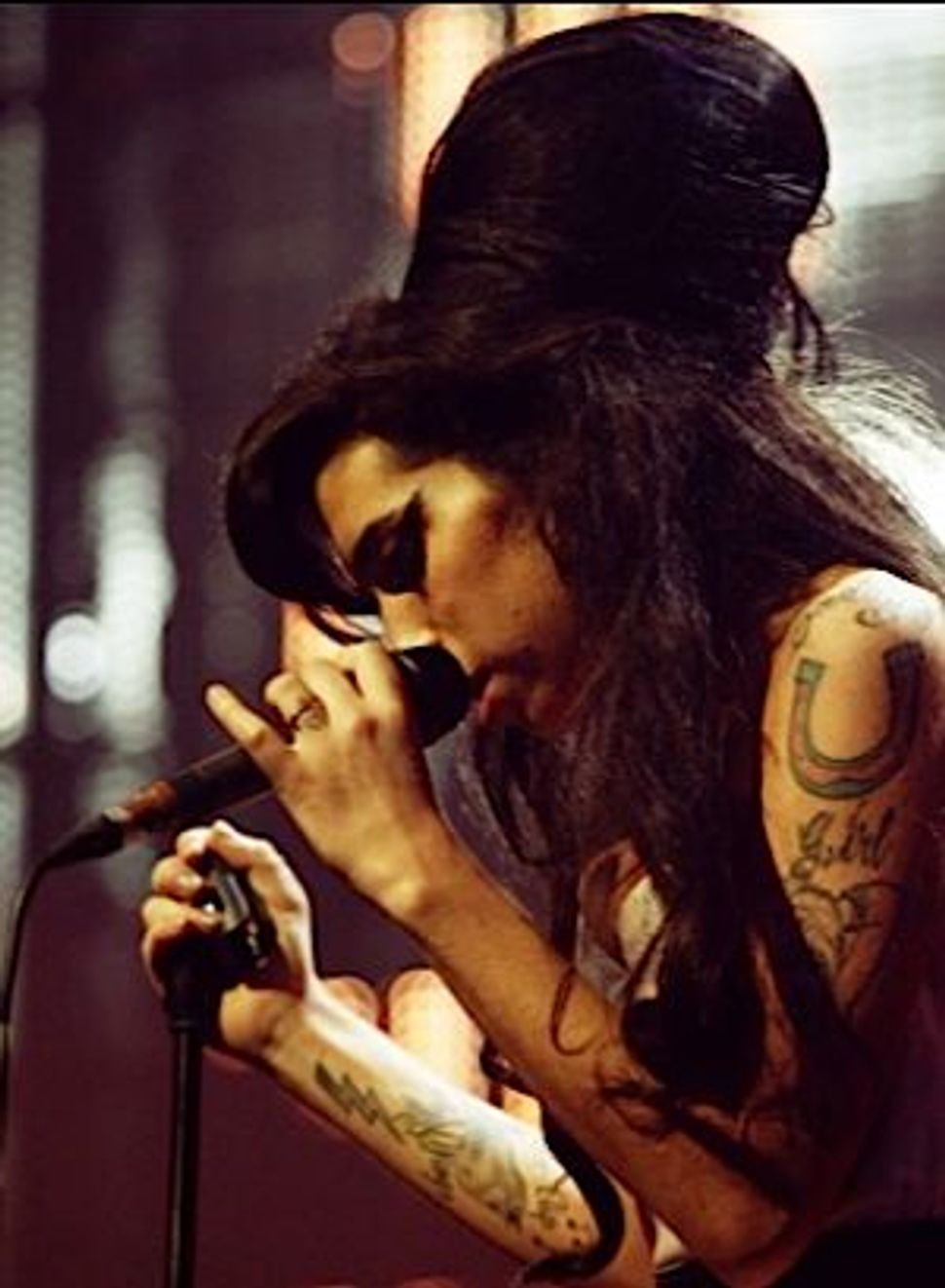 On July 23, London police were called to Amy Winehouse’s Camden apartment where they found the bluesy singer-songwriter dead. In addition to the sadness of losing such a talented musician early in her career, there’s a more prosaic tragedy as well. Talking to a Perth newspaper in 2007, the troubled Winehouse said that she dreamed of being a Jewish mother. “In 10 years’ time I’m gonna be looking after my husband and our seven kids. I’d really like to get everyone in one place and sit down and eat a meal together. I would like to uphold certain things, but not the religious side of things, just the nice family things to do. At the end of the day, I’m a Jewish girl.”

For her fans, of which there were many following the release of her sophomore, Grammy-winning album, “Back to Black,” there was a contradiction buried in Winehouse’s persona. She was an attractive icon in part because of her addictions. On tracks like “Rehab” she sang that “they tried to make me go to rehab but I said no, no, no.” In her sultry voice she delivered desultory lyrics punctuated by the couplet, “I don’t ever want to drink again / I just — oooh — I just need a friend.”

The other piece was the hope that Winehouse would clean up before it was too late.

She was so talented, and held so much promise, that one could easily imagine a career that wasn’t defined by drugs, disorder and disease. She could have taken her pain-inflected, oft-described “whiskey stained” voice with her into old age. She could have had a nice Jewish family, a husband and seven kids, and released albums long into the future. Though moments like these remind us of how deeply engrained the tortured artist figure is in Western culture, they are tragic because an alternative is so feasible.

On her debut album, “Frank,” Winehouse sings to a male paramour, “You should be stronger than me.” Listening to the album today, I can only imagine Winehouse singing those verses to herself. I think the real allure of her music wasn’t the drugs, or her face splashed on tabloid pages. It was this promise she kept making that things could get better.

Two years ago, Winehouse’s producer Mark Ronson told Rolling Stone magazine that they were working on a series of Hanukkah songs. “She’s got songs called, like, Kosher Kisses and Alone Under the Mistletoe,” Ronson said. Winehouse had just entered a rehabilitation facility and anything seemed possible for her, even an album of Jewish holiday songs.

“So we are history, your shadow covers me / The sky above, a blaze,” she sang on “Tears Dry on Their Own.” Her voice, when she sings “a blaze” is furious, elongated, explosive. If only she had figured out how to be as triumphant over her own life as she sounds on the track. Instead we are left with a promise for the future (a promise of a future), and an artist too troubled too make good on that promise. I mourn Amy Winehouse — not just who she was, but who she had hoped to become.