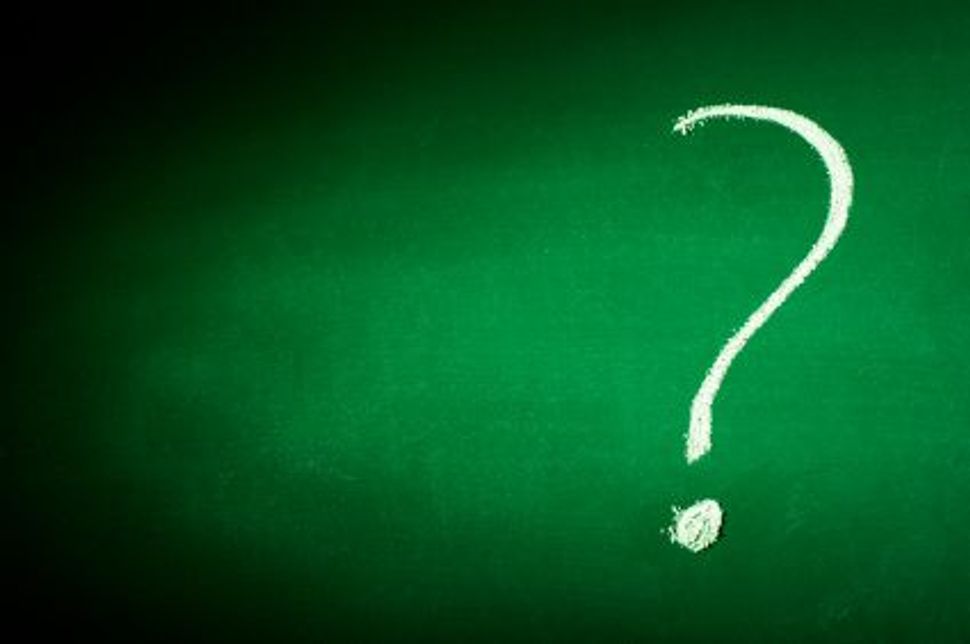 Reuters reports that manuscript specialist Chip Coakley of Cambridge University was studying biblical manuscripts at the British Museum in London when he determined that the “zagwa elaya” (two dots resembling a the modern colon punctuation mark), which is found in biblical manuscripts dating to the fifth century B.C.E. written in Syriac, function as a question mark.

He claims that up until now grammarians had been mistaken about the mysterious marking and thought that it denoted sarcasm or reproof. He realized that the zagwa elaya, which appears at the beginning of a declarative sentence, is the first example of a grammatical punctuation mark denoting questioning. Earlier languages, such as Hebrew, used particles instead.

Syriac is a dialect of Aramaic spoken since the first century B.C.E. by Christian communities in the Middle East. Many Christian religious tracts were written in the language, and there are still small pockets of Syriac-speaking peoples. Aramaic, from which Syriac is derived, is the language in which the Gemara was written, and was the Jewish vernacular for many centuries.