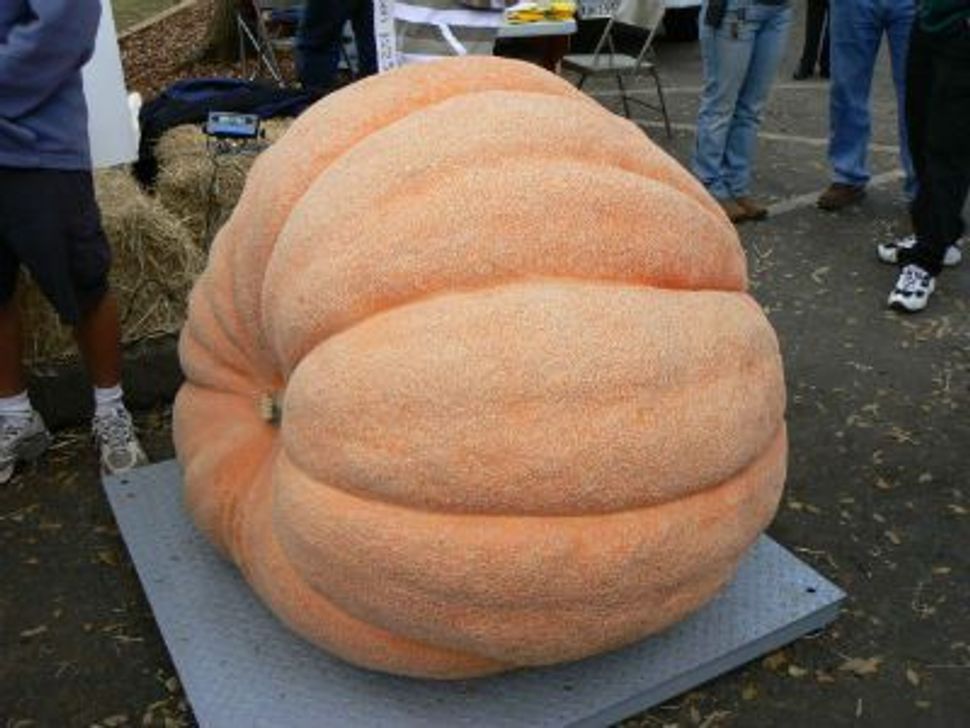 One common interpretation of the symbolic significance of the egg on the Seder plate at Passover is that it represents the paradox of the Jews. Suffering at the hands of oppressors, from ancient Egyptians onward, made us stronger. Likewise, eggs are one of the few foods that get harder when boiled.

There’s nothing new there — but could violence from our enemies also somehow help our crops?

Farmers in Southern Israel say they have never seen pumpkins so enormous as those grown in a field twice hit by rockets from Gaza. The Mines family of Kfar Maimon have grown two supersize pumpkins, one weighing 140 pounds and another weighing 100 pounds.

“Some of the pumpkins were hit when the rocket landed. Maybe they became upset and that prompted them to grow like that,” Dotan Mines, the son of the farmer Shimon, told Ynet. “The really large one grew a few dozens of meters away from the landing site.”