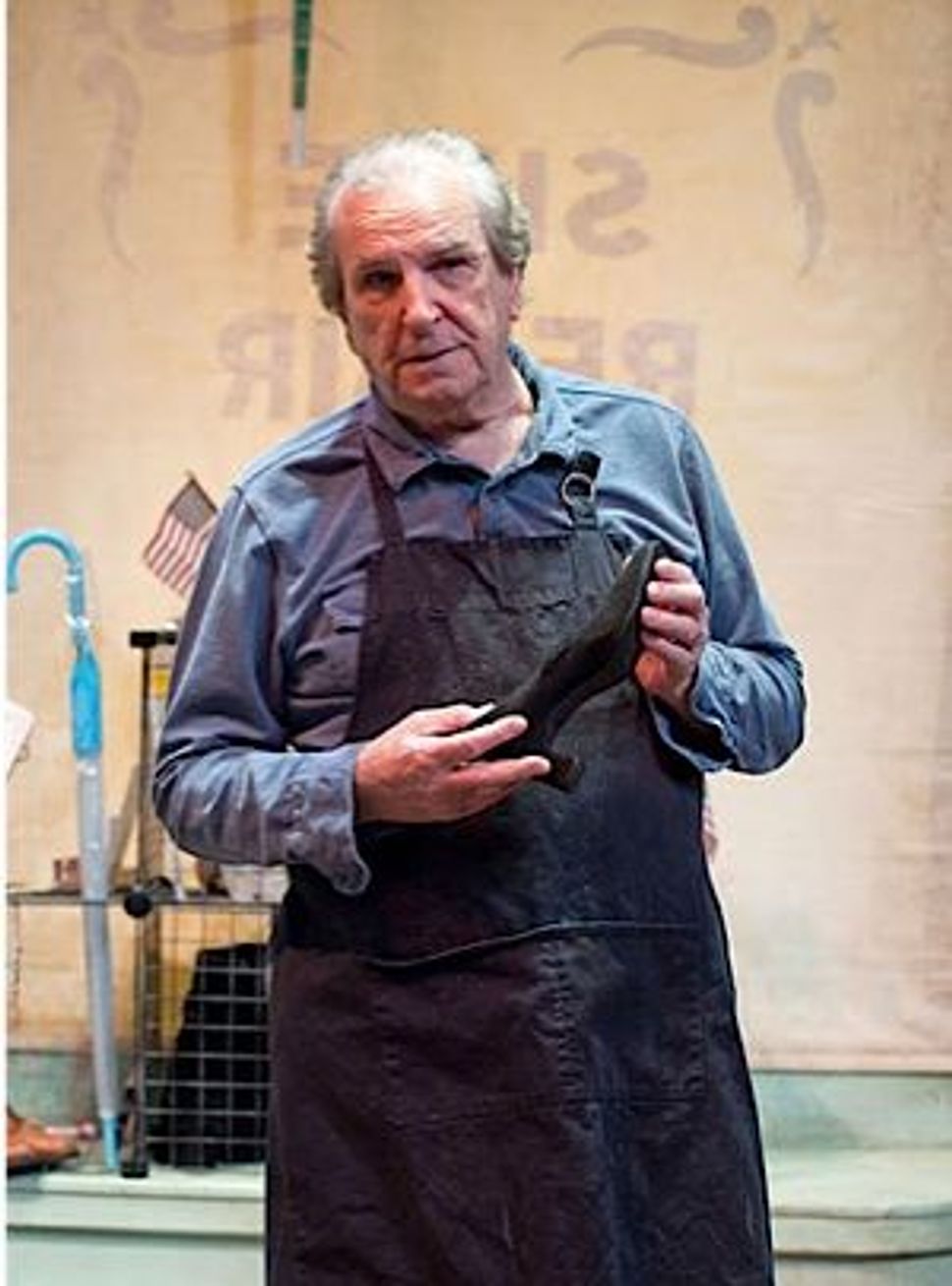 Danny Aiello grew up in New York City, first in Manhattan and then at various addresses in the Bronx. The actor, 78 (“please put that in a smaller font,” he said), has appeared in films such as “The Godfather: Part II,” Woody Allen’s “The Purple Rose of Cairo,” and he was nominated for an Oscar for his supporting role in Spike Lee’s “Do The Right Thing.” He has also won a daytime Emmy award for his role in an after school special, and has recorded several albums.

Aiello’s latest role may be his most personal. He stars as the title character in “The Shoemaker,” a play by Susan Charlotte about an Italian Jew on 9/11. The horrific events of the day bring back memories of a father who died in a Nazi camp, and who sent his then 9-year-old son to safety in the U.S. Aiello spoke to The Arty Semite about 9/11, playing Jewish characters, and his disdain for chopped liver.

Curt Schleier: What makes this project so special for you?

Danny Aiello: I want people to remember [9/11] as vehemently as the day it occurred. When you articulate it, it all becomes sanitary. That’s why it was important that this character be an Italian Jew — that’s why he went crazy. It reminded him of all the devastation to his race, to his family.

There are people who think the 9/11 terrorists are heroes because they died for their cause. They weren’t heroes. They didn’t fear death, so dying was meaningless to them. It’s someone who fears death and goes out and does something dangerous, saves someone’s life, that’s a hero.

When I see the [photo of the] pile of shoes from the Holocaust Museum, when I see the [Holocaust] documentaries, it just kills me. I want to shout at the top of my lungs what Paddy Chayefsky wrote: “I’m not going to take it anymore!”

You’ve played Jews before, including Ben Katz in “The Cemetery Club” and the title character in “Ruby.” Do you do any special preparation when you play a Jewish character?

Not really. I just use my imagination. Sometimes I’ll go out and speak to people. For “Ruby,” I spoke to Milton Berle who knew [Jack Ruby] and he gave me some insight. I also said a Jewish prayer that was cut from the film.

Sandy, your wife of 56 years, is Jewish. Dos she help you?

Very much so. Sandy is not devout, but she does go to temple and she has occasional seders. But she knows not to put chopped liver in the refrigerator. I can’t stand that smell.

How were your children raised?

My grandson Jamie was just bar mitzvahed the other day. It’s interesting. A lot of people came over congratulating me. I said, “What are you congratulating me for. You got one of mine.” My son didn’t take it as a joke. He has two sons and a daughter being brought up Jewish. We never religiously impacted our children — except for our behavior in life.

Your son, Danny, died of pancreatic cancer last year. Do you draw on that for this play?

The play has been a lifesaver for me, because it’s a distraction. A good distraction. It’s as if my boy is on stage with me. I play a very emotional character, and that’s not very hard. I put my son in my head and the emotions just come.

“The Shoemaker” is slated to run through August 14. Any chance of an extension?

We don’t know — we think the theater is booked. I’ll take a chance and say this: Any extension could be on Broadway. Right now, we’re in a position to do that, but we’ll see.