Haredi vs. Secular in Filmmaker’s ‘Battle for Jerusalem’ 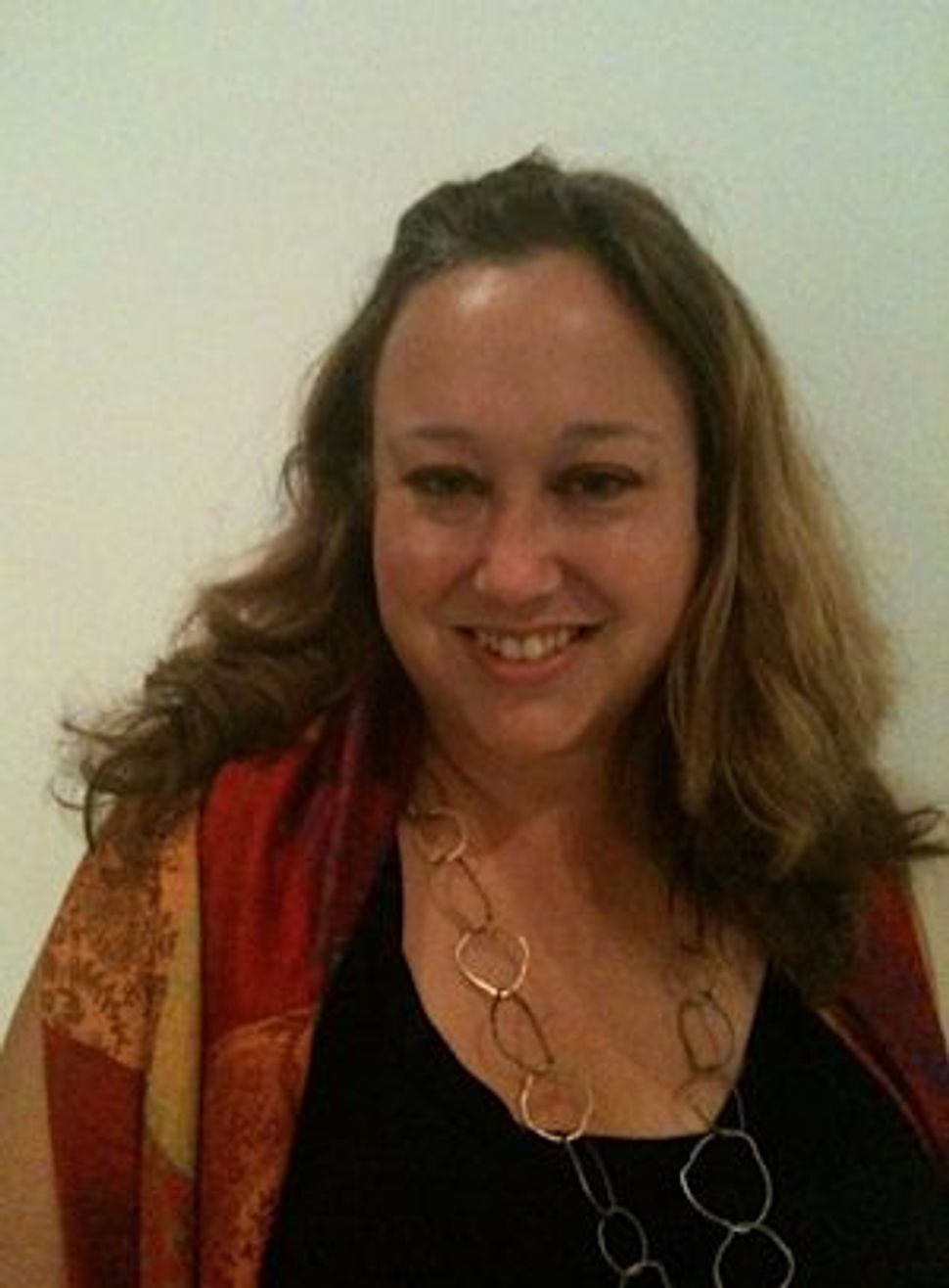 “Meeting Jerusalem through people who were so passionate about it, who were really saw something beautiful and special here despite all the challenges — I fell in love. I have to admit,” said Liz Nord of her decision to make her documentary film, “Battle for Jerusalem.”

In the city this summer to continue work on the film, Nord is putting together material not only for a feature documentary, but also for a related website (“Jerusalem Unfiltered”) and a mobile app. While the film will focus on Haredi-secular tensions, and the young artists and activists who are taking a stand against increasing Haredi political and social influence, the other platforms will introduce viewers to a variety of young people doing innovative things in Jerusalem.

“It’s the perfect time to be a documentary filmmaker because there are all these platforms on which to tell a story,” said Nord, whose first documentary film, “Jericho’s Echo: Punk Rock in the Holy Land” was also filmed in Israel.

Nord, 34, sees herself more as a “documentary storyteller” than as just a filmmaker. Self-taught in film with a background in graphic design, she is excited about how new technologies can help her include more than what fits into a traditional 75-minute narrative. “There were so many interesting, little pieces to the puzzle, so many people doing really cool cultural work that is edgy and interesting and different from Tel Aviv and New York, but don’t fit into the Haredi-secular story. That’s what gave me the idea to do this website. The film goes deeper into this Haredi-Secular tension, and the website goes broader.”

The film follows five Jerusalemites in the thick of the struggle, including Matan Israeli, who founded the Muslala art collective in the Musrara neighborhood, and the religious, yet socially liberal city council member Rachel Azaria. Nord also focuses on Yeshiva drop-out Itamar Ben-Ami, Kiryat Yovel neighborhood activist Esti Kermeier, and City Council member Ofer Berkovitch, who ran on an arts and culture platform.

Having run the 2008 U.S. election coverage for MTV, Nord was taken by the similar swell of youth activism surrounding the 2008 municipal elections in Jerusalem. She was excited to learn that not only had the youth vote brought secular Mayor Nir Barkat to power, but that two new youth parties, “Hitor’rut” (“Wake Up”) and “Tunu’at Yerushalmim” (“Jerusalemite Movement”) were formed and managed to seat two members on the 31-person city council.

“As a visual thinker, even that image — the thought of half a room full of Haredi guys with big beards and dark hats and tight faces with two young, cool city council guys, like who I would hang out with in Brooklyn…That was a striking image,” the filmmaker recalled.

Nord, who currently lives in Brooklyn, received a seed grant for the project from ROI, and she has raised additional funds from some additional grants and an IndieGoGo campaign. She is continuing to do fundraising both in the U.S. and in Israel in order to compete her work on “Battle for Jerusalem” and “Jerusalem Unfiltered.”

Jerusalemites are grateful for the interest, but wary about how Nord will position them. “Some have asked, ‘Are you the right person to tell this story?’” she said. “For me, part of the point of this is to expose nuances in Israeli life to people outside of Israel. That’s something I think a non-Israeli can do.”

“I think it is important to have an outside perspective to be able to say to Jerusalemites, ‘What is normal to you, is exceptional to other people, and that telling your story may bring people to your cause. It can bring people to be more aware of the stuff you are dealing with, which could help you in the end.’”

Watch the trailer for ‘Battle for Jerusalem’:

Battle for Jerusalem – Background Trailer from Liz Nord on Vimeo.

Haredi vs. Secular in Filmmaker’s ‘Battle for Jerusalem’