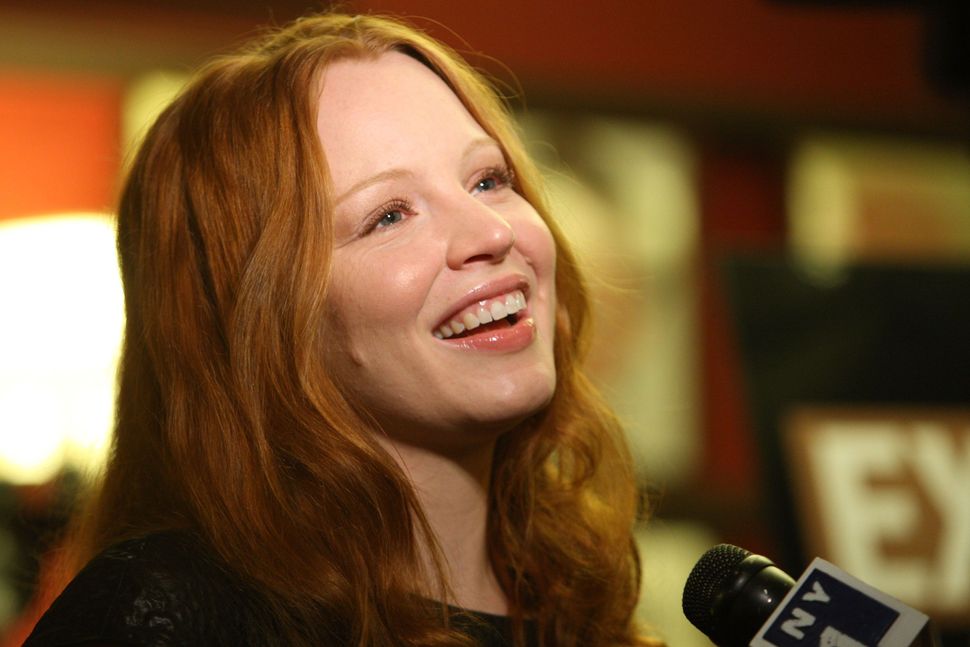 The role that launched Barbra Streisand has been recast — and it didn’t go to the Jewish heir apparent.

The next Broadway production of “Funny Girl” will star Lauren Ambrose as Fanny Brice, the real-life Jewish comedian whom Streisand played during the show’s original 1964 Broadway run.

The role, which earned Streisand a Tony nomination and later an Oscar for the film version, has been the source of considerable speculation in recent months, as the search has intensified for the star of the new staging. Bartlett Sher, the Tony-winning director of the new show, has said he was looking for an “unforgettably thrilling voice… a once-in-a-generation talent [with] excellent comedic timing.”

That’s a tall order, even without the inevitable Streisand comparisons, and early talk focused on Lea Michele, the breakout “Glee” star who performed a signature “Funny Girl” number, “Don’t Rain on My Parade,” at the 2010 Tony Awards. But Sher, who invited wannabe Brices to submit audition tapes online, nixed that possibility, saying he couldn’t “see how [Michele] could possibly be available” because of her commitment to the TV show.

Ambrose, a two-time Emmy nominee for her work on “Six Feet Under,” made her Broadway debut in 2006 in “Awake and Sing!” which Sher directed. She indirectly acknowledged Streisand’s stamp on “Funny Girl” in a press release, saying she was “humbled and thrilled” to get the part.

The latest “Funny Girl” will open in Los Angeles in January 2012 before premiering in New York next spring.