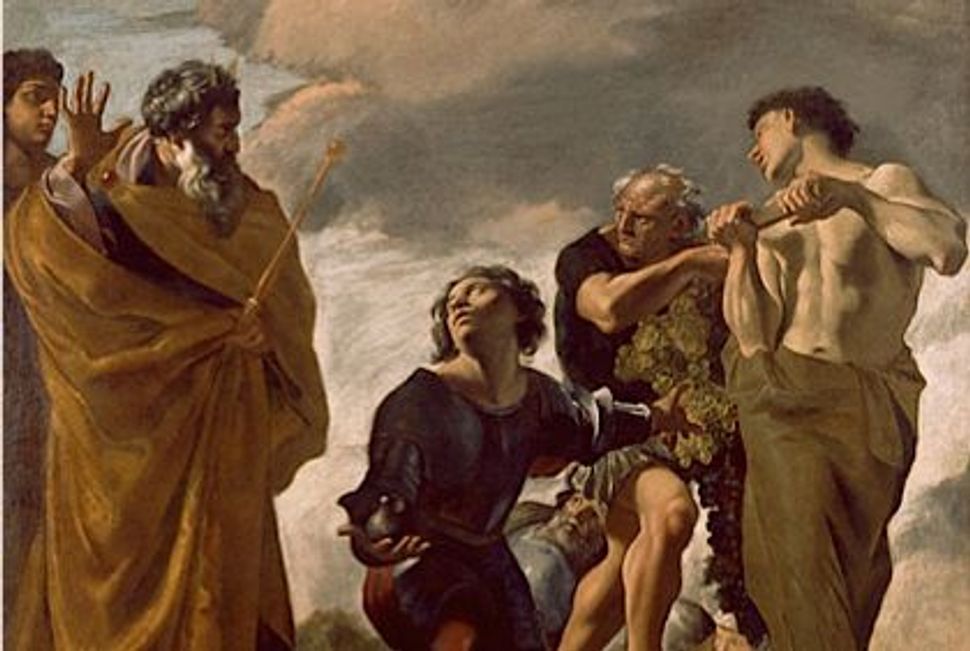 Detail from ‘Moses and the Messengers from Canaan’ by Giovanni Lanfranco, 1621-1624.

This week’s parsha, Devarim, is the first in the fifth and final book of the Torah.

Moshe begins his recap of the Torah as he takes his leave of the people before they enter Canaan. This week, he gives a summary of some of the events that befell the people since they left Egypt, beginning with the story of the 12 scouts, who caused the people to take a roundabout route and approach the land from the East. Because of this they encountered and did battle with the nations east of the River Jordan, winning their lands.

There were also other nations whose land they had to pass through in order to reach their destination, and with whom they had no quarrel. Unfortunately, these people were not hospitable and when Israel asked for right of passage, they were told to “Walk On.”