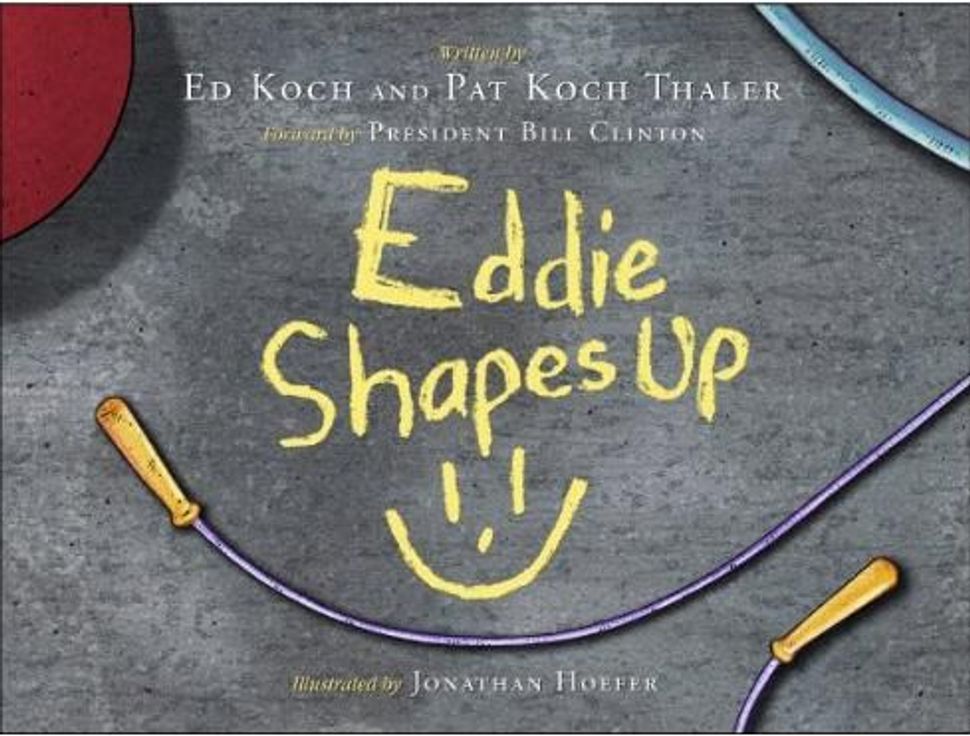 Former New York Mayor Ed Koch may have once said, “The best way to lose weight is to close your mouth — something very difficult for a politician. Or watch your food — just watch it, don’t eat it.”

That’s a fitting quote for Koch the mayor, but it’s not exactly the message Koch the author is sending in his new children’s book about healthy eating and self-acceptance. “Eddie Shapes Up,” which he wrote with his sister Pat Koch Thaler, will be published in September. It is Koch’s third work of juvenile literature.

The “Eddie Shapes Up” story was inspired by Koch’s own struggles with being overweight as a boy growing up in Newark, N.J. He was called “fatso,” he told The New York Times. “When I look back, it’s no joke…I think, ‘How did I get through that?’ It was tougher than settling a contract with the unions. And who knows what effect it has on your persona? It made me want to strive to be better than the other kids were. The other part of it was the tears. It makes your life miserable.”

The 86-year-old former politician has worked his entire life to keep his weight within a healthy range. He recalled how a high-powered media consultant would not sign on to help him with his mayoral campaign in 1977 unless he lost 25 pounds (Koch went on to become mayor of New York from 1978 to 1989). Koch said that he wants children to understand that being overweight in childhood can lead to weight problems or even obesity in adulthood, which can greatly impact employment opportunities, relationships, health and quality of life.

He does this by translating this lesson into an age-appropriate narrative about a boy named Eddie who, ridiculed and excluded by other kids for being fat, feels powerless to do anything about the situation. Encouraged by a friend who tells him, “Everybody has a different kind of body. What’s important is being healthy and in good shape,” Eddie ditches the potato chips for carrot sticks and apple slices (Koch himself reportedly prefers sugar snap peas) and starts working out at the park with some buddies.

At the story’s climax, Eddie is in such good shape that he is able to sprint quickly enough to prevent an out-of-control baby carriage — baby inside — from running into a lake.

One of the colorful illustrations by Jonathan Hoefer in “Eddie Shapes Up” is of Eddie trying to button his jeans and remarking, “These pants must have shrunk in the wash.” Koch wants kids to know it’s not wishful thinking that is going to get those jeans to fit again, but rather a positive self-image and hard and focused work — the kind that the real Eddie knows can help you not only drop pounds, but also reach high office.