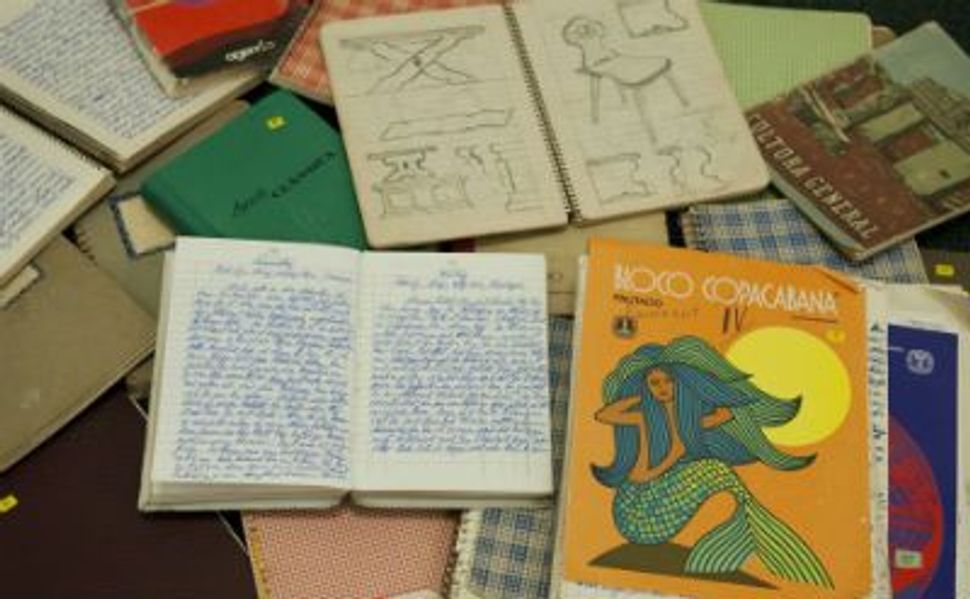 Some of the diaries of Josef Mengele on display at Alexander Autographs on July 19, 2011 in Stamford, Conn. Image by Getty Images

Though the recent purchaser of the diaries of the notorious Nazi Dr. Josef Mengele wishes to remain anonymous, he also wants Dr. Mengele’s artifacts to be available for all to see.

Haaretz reports that the purchaser, a modern-Orthodox physician from the U.S. Midwest who bought the diaries and related materials at auction for $245,000, told the newspaper that he believes that his motives have been misunderstood. He, the son of Holocaust survivors, says he is interested in turning Nazi items not into commodities, but rather into educational tools against evil.

Aware that Yad Vashem Holocaust Memorial and Museum in Jerusalem had initially expressed interest in the 3,000 pages that Mengele wrote while in South America between 1960 and 1975, the new owner of the diaries has begun communicating with the museum about the possibility of a loan. Yad Vashem had passed on making an offer on the diaries because of the high price being asked by the auction house, as well as the fact that they were written after the Holocaust and, therefore, not at the top of its acquisitions list.

The museum, however, would be amenable to displaying the diaries now, and has stated:

As the largest Holocaust museum in the world, Yad Vashem believes that these diaries should be preserved in a place where they will be kept in optimal conditions for many years, and will be freely available for the perusal of scholars and the general public. It is fitting that after they are exhibited worldwide, they should be kept in the Yad Vashem archive, or at least that a copy of the diaries be placed there for research purposes.

The deal is far from final, and the owner will agree to the loan only if two conditions are met. First, he wants to be assured that admission to the exhibition of the diaries will be free of charge. Second, he stipulates that diaries be exhibited for no longer than one month, so as to generate a high and concentrated level of interest.

Rather than ending up in neo-Nazi hands, as many had feared, the Mengele diaries may soon be passed from the hand of an anonymous Jewish individual to the world’s largest Holocaust memorial.