Israel’s Most Fabulous Drag Queen Gets a New Gig 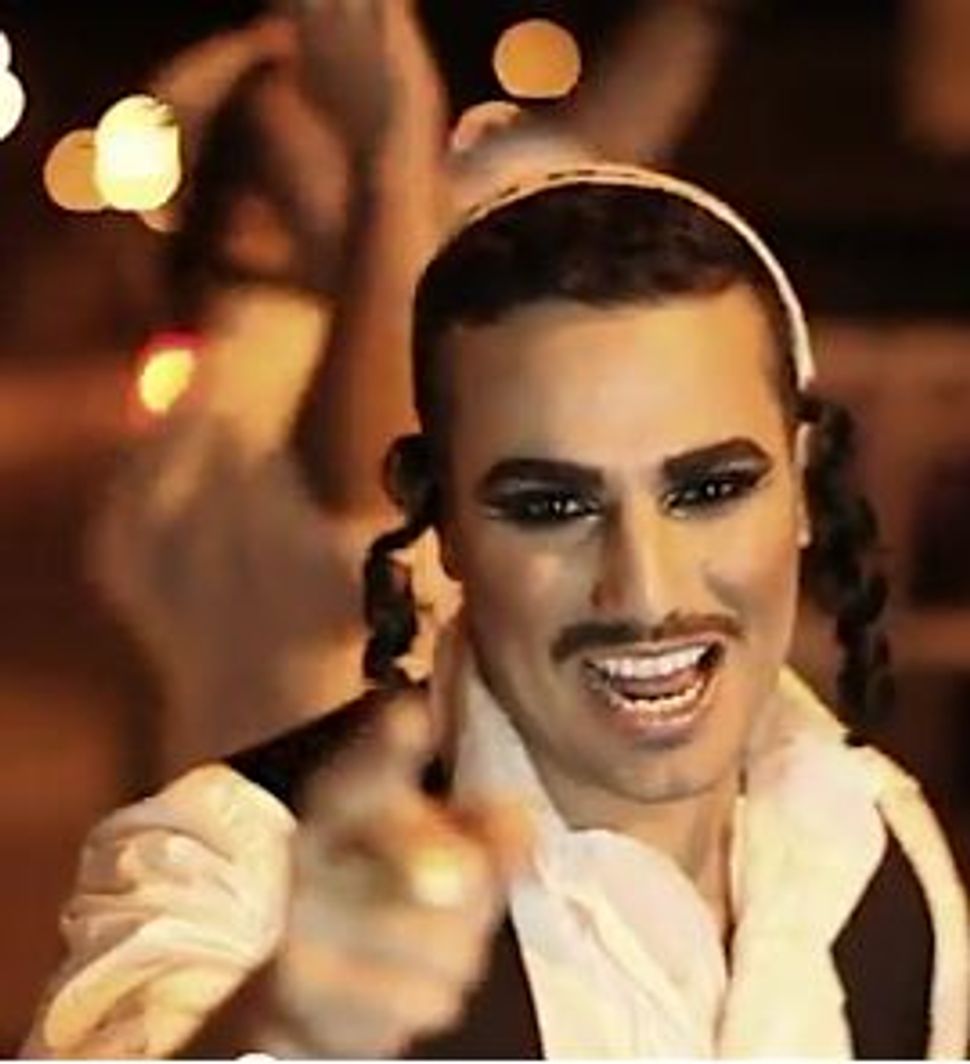 If you happen to be deep into Israeli gay club culture, then you probably know all about Uriel Yekutiel. If you aren’t, then prepare to meet the most fabulous drag queen in Israel today. 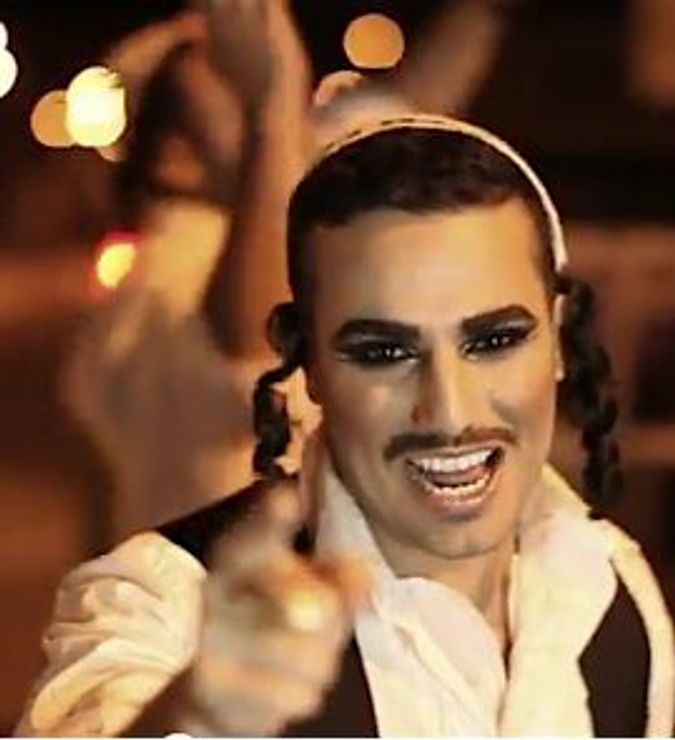 The host of an Israeli TV show recently presented a story on the 22-year-old Yekutiel by saying he was a cross between Dana International, Lady Gaga and Freddy Mercury, but really a phenomenon unto himself. It’s true — how many drag queens can you name who not only aim to outrage, but also specialize in lip syncing to Israeli Mizrahi music?

A while back, Yekutiel became the face of Arisa, a company that produces Mizrahi-themed parties at gay clubs. The job entails starring in elaborate music video invitations that call on Yekutiel’s acting and dancing talents. The Herzliya native (who says his father is completely supportive of his creative calling) has played a whole host of characters in these videos, from a giddy teenage girl preparing for a blind date to a Bollywood dancer to an Arab woman giving birth. He has also played a Breslov Hasid, though not the usual kind you see jumping out of those NaNach vans. His interpretation wears thick eye shadow and black leather pants and extols the greatness of God while caressing and licking the bare chests of other men.

While Yekutiel may have not yet crossed over from gay to mainstream culture within Israel, he has recently made steps toward international stardom (or at least his 15 minutes of fame). Gay Israeli pop star Ivri Lider tapped Yekutiel to appear in the video for his new song, “The Young Professionals.” In it, the drag queen dances and lip syncs in a fetching orange halter-top pantsuit with matching high heeled pumps. The visually stunning video caught the eye of, among others, Perez Hilton and Dolce and Gabanna, who put it on their websites.

While Yekutiel is exposing Israelis and others to gay club artistry with high production values, he is expanding his own cultural horizons. This young man, who can now lip sync a entire repertoire of songs by the likes of Zehava Ben, Rinat Bar, and Sarit Hadad, had until being hired by Arisa, known next to nothing about Mizrahi music.

Israel’s Most Fabulous Drag Queen Gets a New Gig