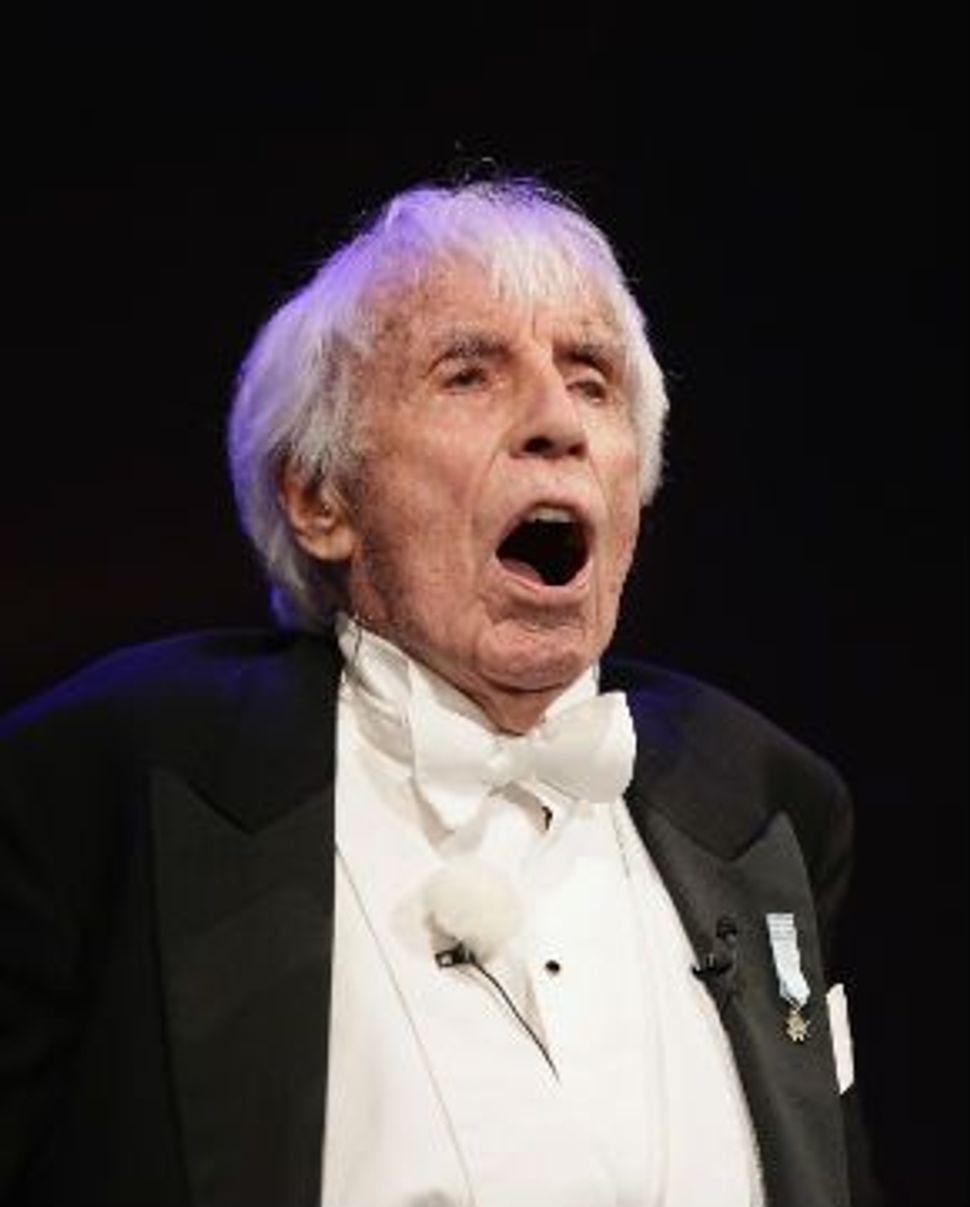 It seems evil people can live a really long time.

Now 107(!) years old and still singing, Hitler’s favorite singer Johannes Heesters recently discovered his native Netherlands still regards him as a traitor. German chancellor Angela Merkel was recently hosting a formal state dinner for the visiting Queen Beatrix of the Netherlands, and invited Heesters, one of the most prominent Dutch residents in Germany and most famous entertainers there. However, when the Dutch officials noticed his name on the guest list they insisted he be disinvited.

Heesters’s career was made when Hitler fell in love with his performance as the male lead of Franz Lehar’s operetta “The Merry Widow,” going to every performance. Hitler even took to imitating his idol, kissing his hands, showering him with money, automobile, house, food and other goods, mostly appropriated from Jews, and even benefiting from personal cut in his taxes. Heesters claimed to know nothing, for example, about Dachau — until photos surfaced of him there, while his opera company was entertaining the SS to help them relax. He then claimed he might have been there but he was not one of the people who sang for the SS. On a recent television appearance, he actually referred to Hitler as a “really great guy” [ein netter Kerl].

Hitler loved Heesters and “The Merry Widow” so much it was the most performed work in the Nazi period — despite the fact its librettists were both Jewish, and that the composer was married to a Jewish woman. “The Merry Widow” became so notorious, in fact, when Dmitri Shostokovich wrote his Leningrad Symphony (during the siege), he based the “German Invasion” theme on “The Merry Widow”! (This theme was then parodied by Bartok in his Concerto for Orchestra)

Heesters, a charmer like Maurice Chevalier, was the most honored non-German entertainer in Nazi Germany. With such prominent endorsement, he went on to a career in film, stage and television after the war, and went on to win many awards. But only in German-speaking countries did people excuse his opportunistic wartime behavior. In the 1960s he tried to do a show in the Netherlands, as the anti-Nazi Captain Georg van Trapp in “The Sound of Music” and was hooted off the stage. Only last year did he succeed in sneaking back to a small theater on the Dutch border to sing a recital — surrounded by protesters of course.

Like Heesters, Lehar took full advantage of his Nazi connections during the war. His wife, however, had to go through the war carrying a cyanide capsule, just in case the Gestapo came for her (which they did, twice). Louis Treumann, the original star of “The Merry Widow” when it first opened in Vienna in 1905, was Jewish, and was murdered in Theresienstadt, just as Lehar was presenting Hitler with a birthday present of the autographed original Vienna program with Treumann’s photo on the cover, in a frame surrounded with swastikas.