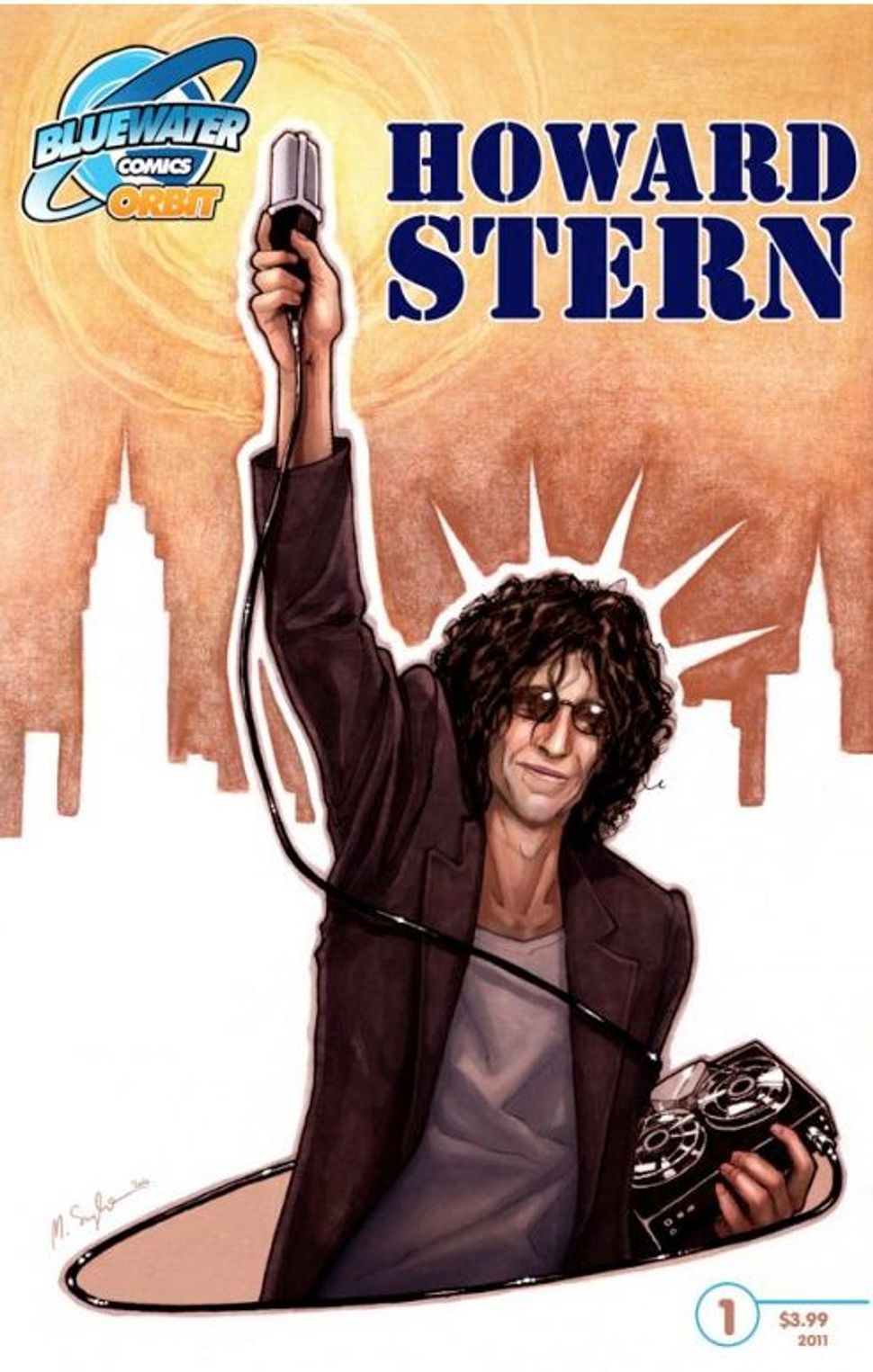 Fresh from being attacked by comedian Andy Dick as a “shallow, money-grubbing Jew,” with a “big fat hook nose,” Howard Stern has a new way to be his provocative heebie self. The shaggy-haired star has his own comic book that gives him new opportunities to mouth off.

The “Howard Stern” title is part of a line of comics aimed for the 18- to 35-year-old male market, said Darren G. Davis, president of Bluewater Productions, Inc.

Larry “Ratso” Sloman, who worked with Stern on his books “Private Parts” and “Miss America” is not surprised by the interest in Stern. He told The Arty Semite that Stern is popular because he has the courage to say what others won’t. “Beneath that image,” Sloman continued, “Howard is probably the hardest working guy I’ve ever met.”

Stern is not the only icon Davis has developed into comic book form. His company issued a Barbara Walters comic that got a boost when she held up its cover on “The View.” Walters also gave away copies to her friends during the year-end holiday season, Davis said.

The Vancouver-based Bluewater Productions also publishes another member of the tribe in a comic form: William Shatner. In addition, Davis is involved in a line of fiction books featuring Shatner, whose appeal has crossed generations for roles in “Star Trek,” “T.J. Hooker” and “Boston Legal.”

Davis, who attended Temple Emanu-El of East Meadow while growing up on Long Island before moving to California, is also producing the comic book “Mark Zuckerberg: Creator of Facebook” set to come out this month. Davis said, “It was actually written before the film ‘The Social Network’ came out.” Hayden 5 Media has optioned the comic book and art to produce a movie from it.

Davis is well-equipped to develop comics and graphic novels. He previously worked in marketing at USA Network and E! Entertainment Television. Davis later joined the company Wildstorm which eventually became a DC Comics imprint. In that position, he worked on custom comics, movies and video game packaging.

Meanwhile, the spate of Jewish graphic publications is also heating up over at Pantheon. Publishers Weekly has announced that two graphic artists — both of whose work have appeared in the pages of the Forward — have graphic novels coming out within the year. Ben Katchor’s “The Cardboard Valise” is set for a March 15 publication date. Scheduled for publication in the fall is Art Spiegelman’s “Meta Maus,” which comes with a CD and shows Spiegelman’s process in making his Pulitzer-winning graphic novel “Maus.”