Friday Film: ‘The Prize’ Takes the Prize in Peru and Jerusalem 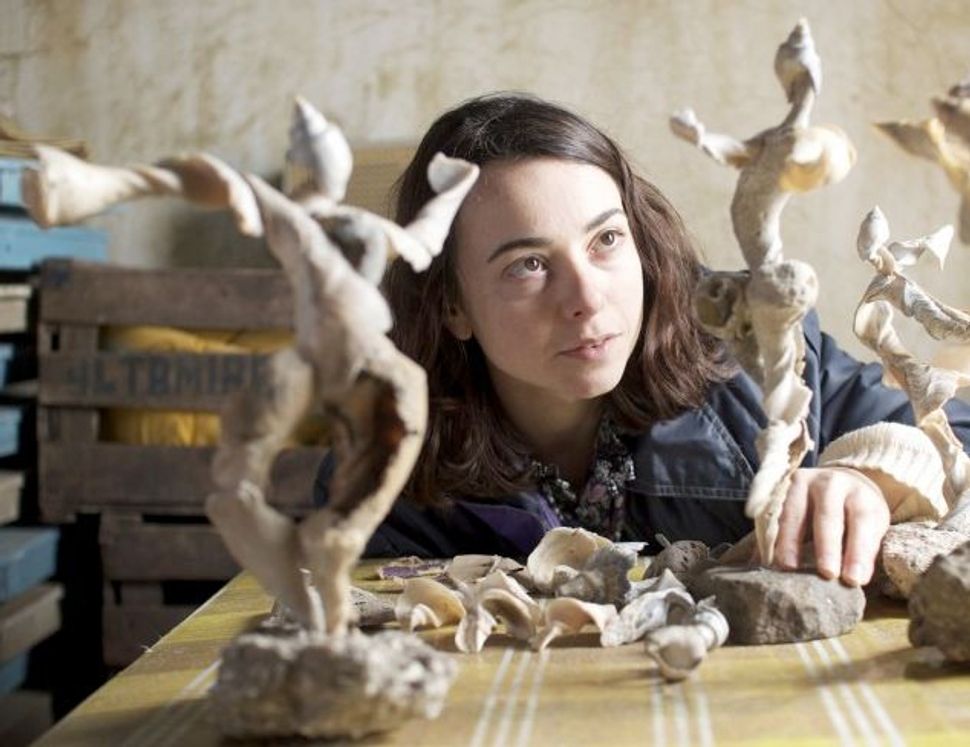 Top prize of the Lima Film Festival that ended on August 12, is just the latest award El Premio (The Prize) by Paula Markovitch has collected on its round of the film festivals.

Opening with a long tracking shot, the camera follows a small child struggling along a desolate, windswept beach. She’s trying to rollerskate, but it’s clearly an exercise in futility. But she persists and soon the old fashioned strap-on skates drag uselessly behind her. Her stubbornness is perplexing, even disturbing: why try so hard to overcome an impossible situation? The moment suggests a willful detachment from reality, and is a powerful precursor for what follows.

Winner of the In The Spirit of Freedom Award at the 28th Jerusalem Film Festival, El Premio is a powerful observational document, taking in the terror and the absurdity of the darkest years of the Argentinian dictatorship of the 1970s as seen through the eyes of a small child.

Ceci Edelstein (Paula Galinelli Herzog) — she of the roller skates — is 7 years old. She lives in a scarcely habitable dwelling on the beach, with her mother, Lucia (Sharon Herrera). Gradually, we come to understand that mother and daughter are hiding from agents of the repressive Argentine military junta; a cousin has been killed, and father/husband has been “disappeared.” But cutting oneself off from the world becomes dangerous in itself; after careful coaching, Lucia sends Ceci to the local school. “Your father sells curtains, and your mother is a homemaker,” Lucia reminds Ceci sternly, whilst the child grins beatifically.

What ensues would be the making of farce, were it not so pointed an observation on how decay seeps from the top down. Ceci settles in school — despite the lack of identity documentation to establish her bona fides — and makes friends with Silvia. Their friendship is innocent, albeit tinged with some dysfunctionality. Their scope is limited, they romp on barren sand-dunes and experiment illicitly with alcohol: It is what it is.

But just as things begin to settle, the film takes on a darker hue. When the clearly intelligent Ceci — played effervescently by Herzog — helps another child with a class test, her hitherto warm and accommodating teacher hardens, forcing the class to walk in freezing rain until the culprit owns up. Ceci’s friendship with Silvia disintegrates in the face of inchoate antipathy; Ceci, guileless and open, finds herself at odds with her increasingly anxious mother. And then, all Lucia’s fears coalesce when Ceci’s class are asked to take part in an essay writing competition, in praise of the Army.

One suspects that the acknowledged autobiographical detail in El Premio allows for a little self indulgence on the part of writer and first time director Paula Markovitch. Scenes occasionally run just that bit longer than they need too, emphasizing the absurd parallels between Ceci’s little world and the bigger picture just a little too determinedly.

On the other hand, the introjection of shaky hand held cameras and unflinching close-ups introduces a palpable claustrophobia, and the washed out autumnal hues of beige and brown evoke a suitably melancholic air. But ultimately, the film is made by young Ceci, whose performance captures the ambiguities and the fears of the era perfectly. At a point, she slips and discloses the truth about her father. “Why did you write it?” her mother demands hysterically. “You said not to tell anyone,” Ceci replies, deadpan but deadly serious. It is the absurd correctness of her logic that makes “El Premio” the award-givers’ choice.

Friday Film: ‘The Prize’ Takes the Prize in Peru and Jerusalem