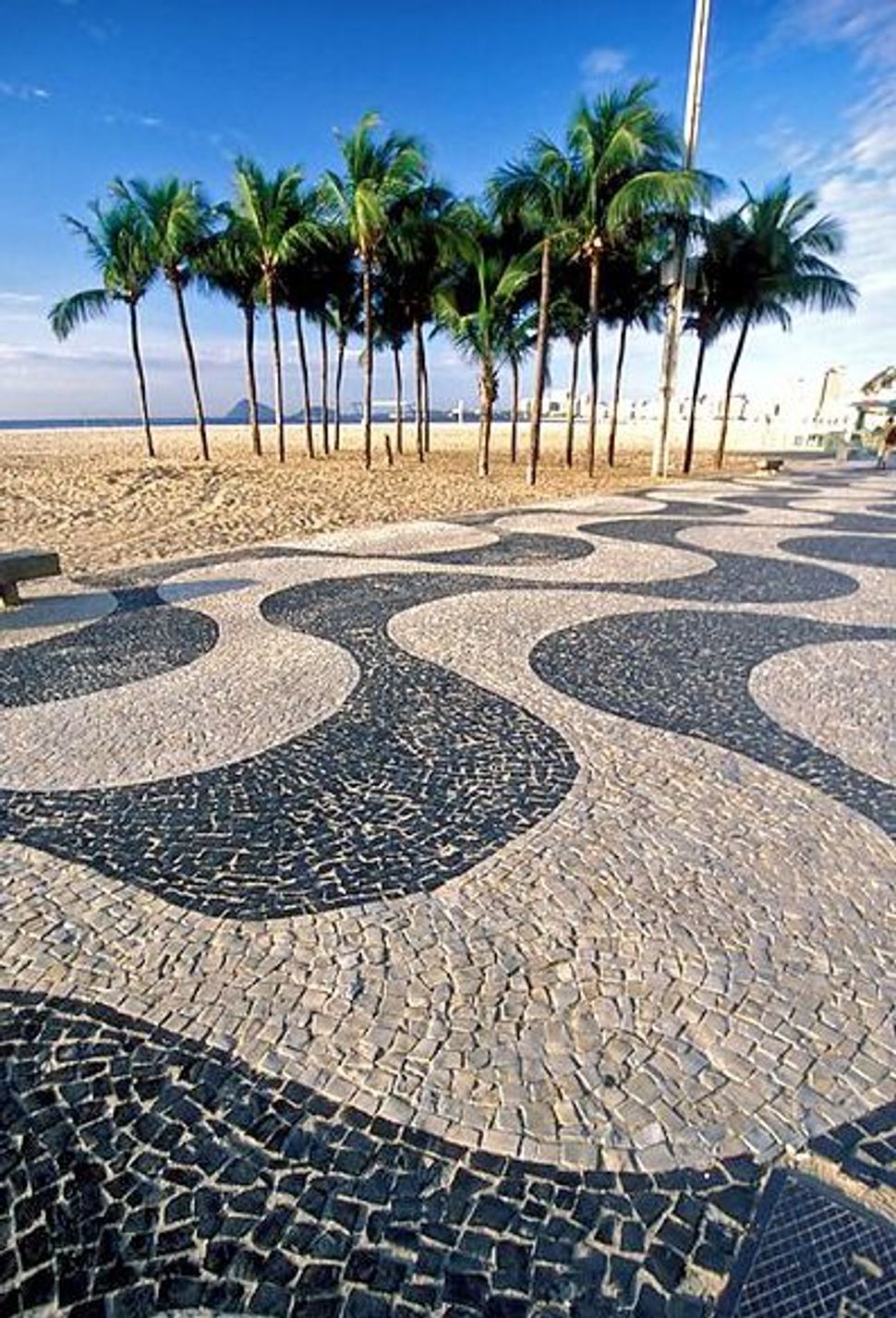 Fans of landscape architecture will have enjoyed the four month stay of an exhibit which opened in March at Paris’s Cité de l’Architecture et du Patrimoine (Center for Architecture and Patrimony), honoring Roberto Burle Marx.

Son of a German Jewish émigré to Brazil, Burle Marx lavished his fertile imagination on applying modernist abstract art approaches to the native flora of Brazil’s jungles, to create humane gardens and related designs. From the tiled pavement along Copacabana Beach in Rio de Janeiro to a multitude of parks surrounding major public buildings, Burle Marx’s vision is inescapably part of modern Brazil.

Simultaneously with the opening of the exhibition in March, a revised, expanded edition of Jacques Leenhardt’s 1994 “In the Gardens of Roberto Burle Marx” was published by Les editions Actes Sud. Leenhardt’s book contains his fascinating interview with Burle Marx, in which the architect traces the impulse for garden design back to the Bible, to the Mesopotamian River whose fertility made it the “archetypal cradle of humanity, the place where Adam and Eve dwelled, Eden.”

If we trace back the history of current Western civilization, we arrive, by following Hebrew tradition, the Bible’s description of the world being created, situating this creation in a framework which entirely corresponds to categories of gardening. God, as creator of the world and of life, is presented in the Hebrew-language original as a builder, an artist creating a landscape universe, which he bestows upon man in the form of a “paradise,” a garden equipped with an orchard.

According to Burle Marx, who died in 1994, from the Middle Ages onward, artists depicted landscapes as versions of paradise lost, and he places himself in this tradition of re-creators of Eden. On a more brass tacks level, “In the Gardens of Roberto Burle Marx” details how many Brazilian Jewish colleagues and clients the garden designer worked with, from his very first design, for the Schwartz residence in Rio, to working alongside such architects as Rino Levi and Rosa Grena Kliass, as well as designing stage sets for the innovative Brazilian Jewish dancer Marika Gidali.

And watch a 2009 Brazilian TV homage to Burle Marx.