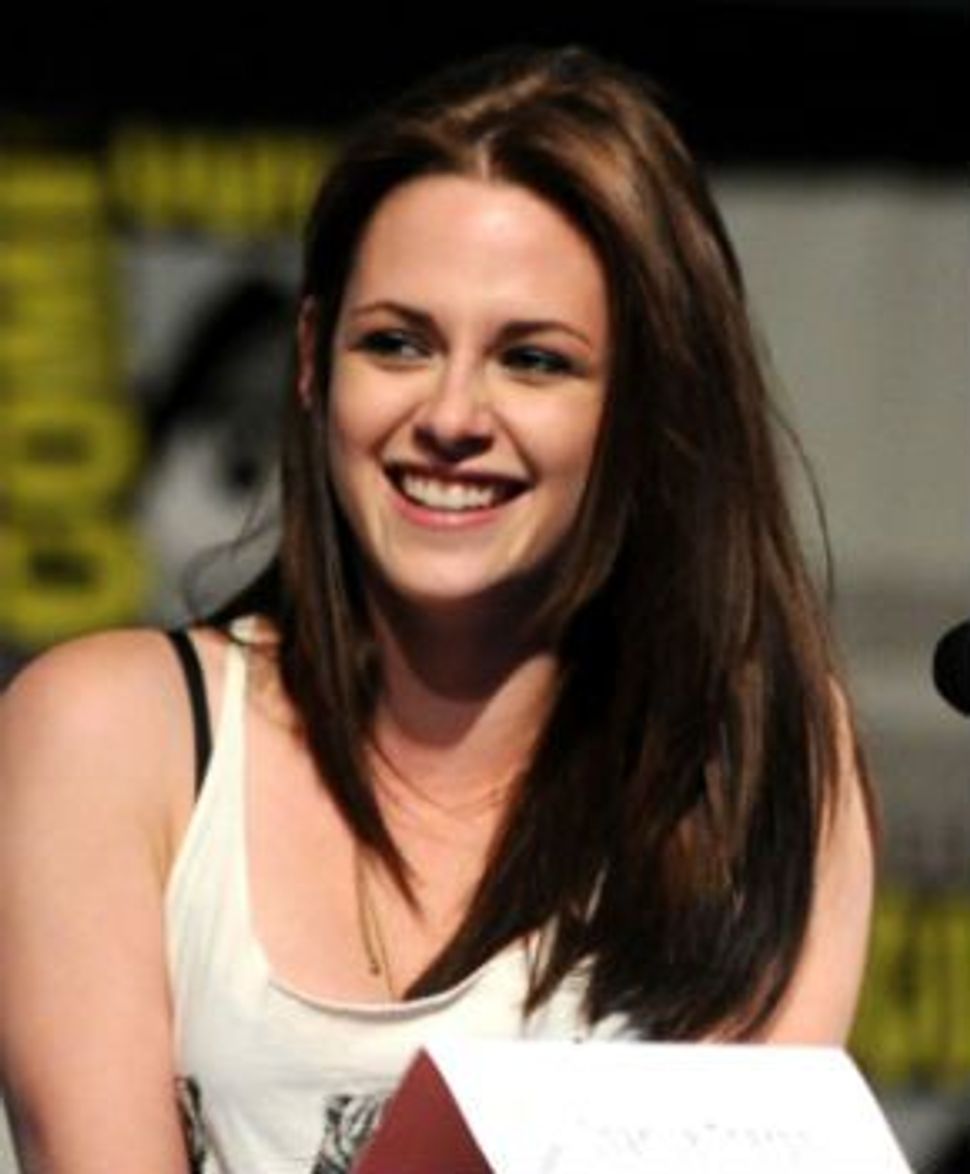 Lana Turner was supposedly discovered at a soda shop while skipping school. Natalie Portman attracted attention while eating pizza on Long Island. And “Twilight” star Kristen Stewart? She was singing about a dreidel.

That’s the story Stewart is sharing in the new issue of W magazine, in which she says a holiday play was the first step on her path to Hollywood.

“I sang a dreidl song, which is funny for me. I’ve never celebrated Hanukkah — it wasn’t in my upbringing, but it was one of those deals where everybody has to pick a song or participate somehow in the chorus,” the actress says. “It wasn’t the normal dreidl song; I can’t really remember the words, but it was a more serious dreidl song … And that’s how I met my agent, who was in the audience.”

Eight years old at the time, Stewart would soon film “The Safety of Objects” opposite Glenn Close, and then star as Jodie Foster’s daughter in the 2002 hit “Panic Room.”

The actress is not Jewish, but played a Jewish character in the underrated 2009 movie “Adventureland.” ”Kristen Stewart, not the most Semitic of individuals, is playing the Jewish Emily Lewin,” England’s Guardian reported, noting that at one point the character has “a major kosher-rage attack.”