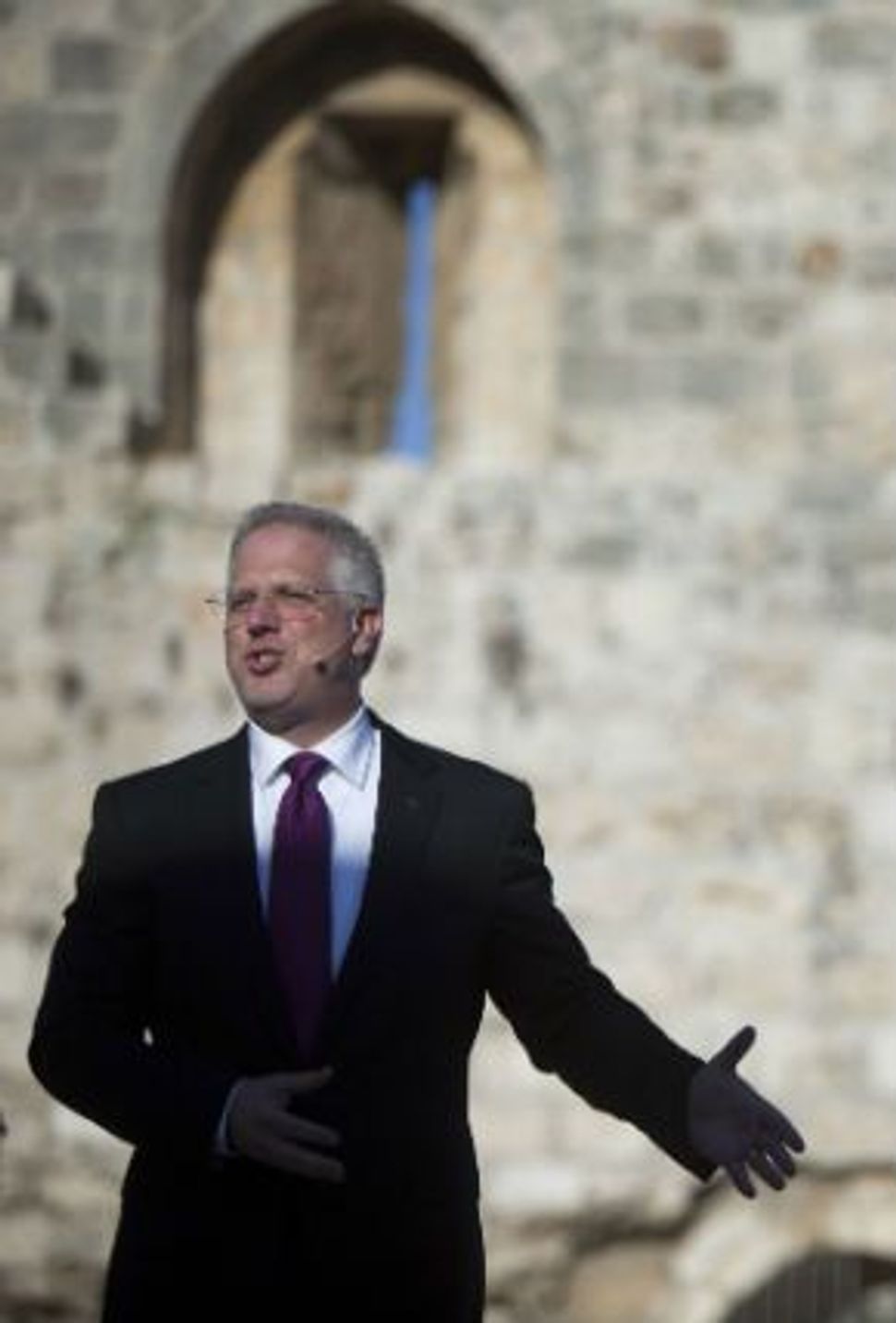 It featured a shofar and showtunes, and unfolded without incident.

Glenn Beck wrapped up his much-debated trip to Israel today with a rally near the Western Wall, where the former Fox News star entered to the blast of the shofar in what at times resembled a religious ceremony. “This is the throne of the Lord,” Beck said of the setting, where 1,700 supporters gathered to hear him express support for Israel and the Jewish people. The audience included both Israeli and American right-wingers, among them settlers and GOP presidential candidate Hermain Cain. Attendees reportedly paid $5,000 for the show, which took place under tight security and was broadcast, according to Beck, at 1,400 venues on four continents.

Coming two months after he ended his controversial run at Fox News, Beck’s visit to Israel inspired another round in the seemingly endless debate over how Jews and Israelis should respond to the support of right-wing U.S. evangelicals. Harvard Professor Alan Dershowitz came out in support of Beck, but most Israelis showed little interest in the TV performer, who exited his Jerusalem appearance to the strains of music from “Fiddler on the Roof.”

The event did draw about 30 protesters from Peace Now.

Beck said the next stop on his tour would be South Africa.