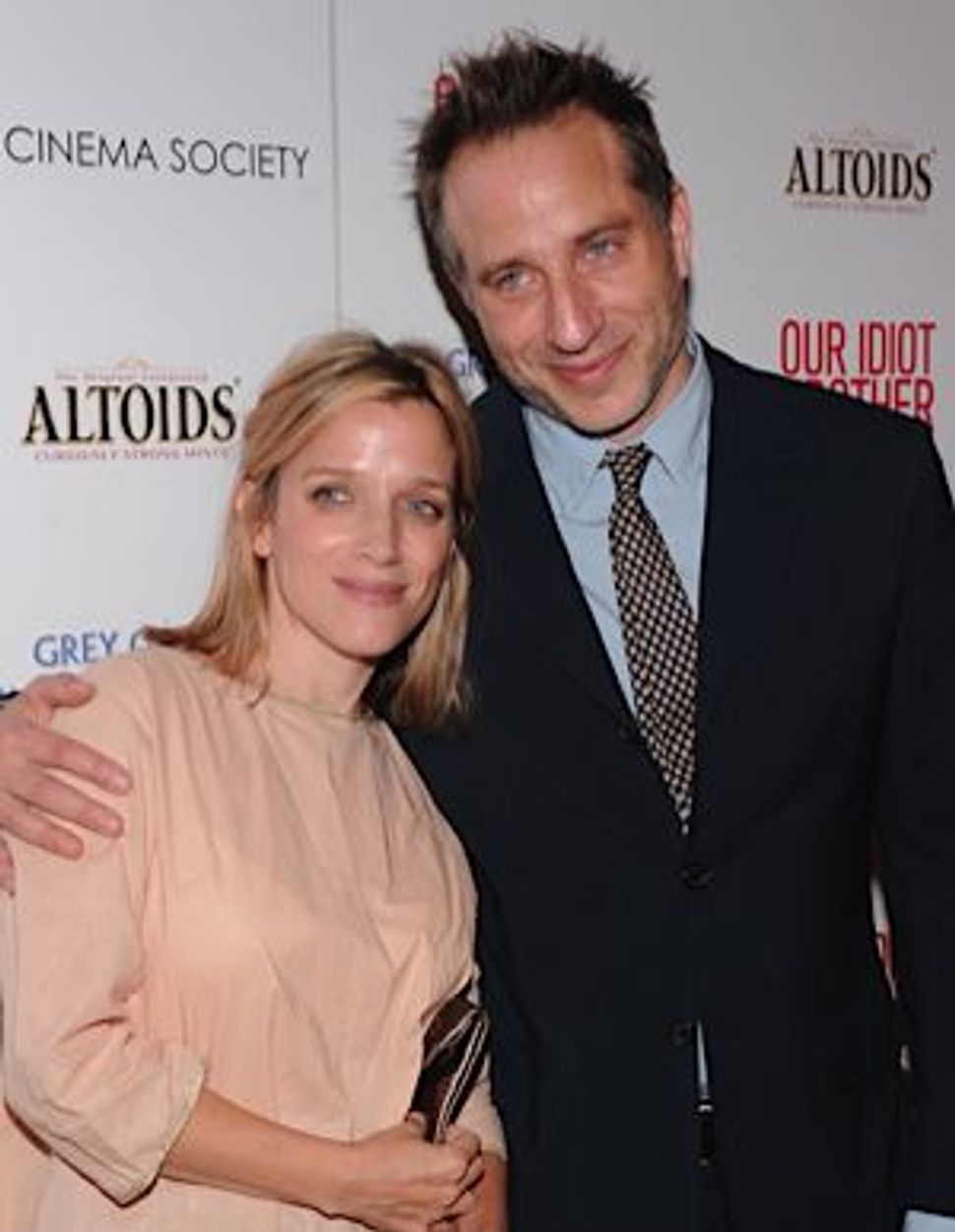 Rudd has played hilarious turns in “Knocked Up” and “I Love You, Man,” among other movies, but the story is not full of guy gross-out jokes. Instead, “Our Idiot Brother” is a sweet, subtle family comedy, written and directed by adult siblings, Evgenia and Jesse Peretz. Their father is The New Republic Editor Marty Peretz, and they are descendants of the Yiddish writer I.L. Peretz. Keeping it in the family, Evgenia, who is a contributing editor at Vanity Fair, wrote the film with her husband, David Schisgall. The Arty Semite spoke to Evgenia and Jesse about sibling rivalry, holy fools, and Paul Rudd’s bar mitzvah.

Gwen Orel: Is this a Jewish Family?

Evgenia Peretz: We weren’t thinking was it Jewish or not. Originally, the mother was a little more based on my mother-in-law, a little bit outspoken, opinionated, you might say a little more Jewish-y. Shirley Knight brought something different to it, which in the end I think worked out really well. She was more earth mother, comforting, rather than another person chiming in with her opinions.

Jesse Peretz: The change in the mother actually reinforces the sweetness of the story and the sense of Ned’s journey to stick by his world outlook, more than what we scripted originally.

Evgenia: We actually had an ending scene of a bris, and everybody who watched it was like wait, they’re Jewish?

When I saw it I thought, oh, they’re such a Jewish family. There’s so much Yiddishkeit! They’re so annoyed with him but they can’t kick him out…

Evgenia: They definitely could be. One of the many reactions we had to that ending was, “When did you establish that?”

The whole notion of people who “just happen to be” isn’t as ingrained as we like to think of it, here in New York.

Jesse: If you look closely over his shoulder in the charades scene, you see Paul Rudd’s bar mitzvah photo.

I have two brothers. I love them a lot, but how do you manage to work together?

Jesse: My sister and I had just finished writing our first screenplay together when we began this project. That was a really easy collaboration, devoid of the kind of bickering you might imagine. My sister and I have daughters the same age who hang out a lot.

Evgenia: They are best friends and sometimes enemies.

Jesse: We are a year and a half apart. We have an older brother and sister from my mom’s first marriage who are older, but we were all raised together under one roof.

This one we did with her husband, and the two of them did a lot more of the bickering and fighting. I got to be the peacemaker, or more importantly the guy who chose who was right.

Evgenia: David Schisgall is my husband and the co-writer of the script. We’re married. It went really well and we complement each others’ skills a lot, but leaving work and coming back to that place where you’re a married couple and that’s the more important relationship is the trickier thing to have to look after.

Jesse: One of the things that inspired us was, no matter how different your family is from the actual family being portrayed, somehow you find your way to identify with one part of the story or dynamic. We knew that we were really writing this movie for Paul. Ned was the hero character that we wished we could be more like. With the sisters and some of the characters around them there were places we could explore more of ourselves.

Speaking of family, you come from a distinguished family yourself. Do you think you’ve inherited anything from I.L. Peretz? What about your dad?

Jesse: I’m a conflicted Jew (a very original position). I did go through some phase in high school where I did become weirdly obsessed. We had in our house 3 collections of I.L. Peretz short stories. I really enjoyed the humor in them and liked the sense that I was connected to this guy. In that little period I became obsessed with the first part of the 20th century, New York.

I think there’s always a double meaning in I.L. Peretz’s work — is that something you think is true of your own?

Evgenia: I guess I always see everything with an eye towards irony, that’s who I am. The title “Our Idiot Brother”—it’s so clear the sisters are the ones who are acting like idiots. It’s kind of like a “Gimpel the Fool” story. It’s kind of in that tradition of the holy fool, who changes the people around him.

Watch the trailer for ‘Our Idiot Brother’: