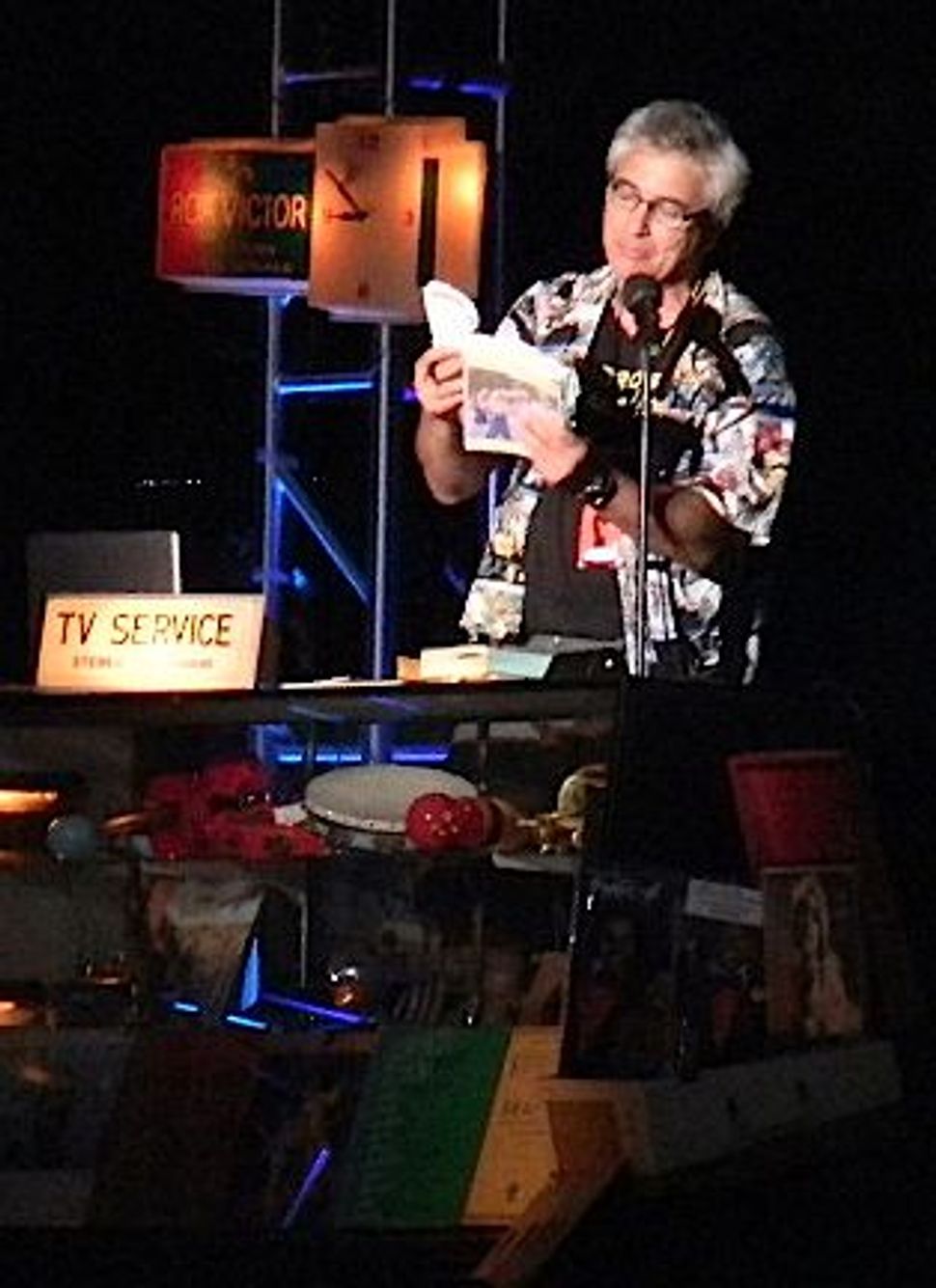 If you know where to look, there’s a lot of culture in Los Angeles: music, literature, visual art, food. And much of it is gratis. Grand Performances, a concert series that focuses on the cultural diversity of LA, often provides free shows — like “A Night at the Phillips Music Company,” on August 27, which celebrated the vibrant legacy of a bygone store and the ethnic mix of its neighborhood, Boyle Heights.

From the 1930s to the 1980s, the Phillips Music Company sold appliances, instruments and sheet music. It also was a kind of community space, where local Jews, Japanese-Americans and Mexican-Americans mingled. In the record racks, you could find R&B, Yiddish songs, and mariachi. Future members of Los Lobos hung around the store. William Garcia, aka soul singer Little Willie G., bought his first guitar at Phillips. (I haven’t been able to verify this, but reportedly Willie G.’s first band was called “The Gentiles,” after a Jewish member’s father said that he didn’t like his son playing music with “those gentiles.”)

“A Night at the Philips Music Company” was presented at California Plaza, a corporate-looking park with a reflecting pool nestled between office buildings in downtown Los Angeles. The evening — a mixture of music, video, spoken word and readings — was curated and emceed by University of Southern California professor Josh Kun, an expert on Eastside culture. Highlights included Willie G.’s too-brief set and the astonishing bass-and-clarinet duo of Abraham Laboriel and Justo Almario. David Kipen, proprietor of Libros Schmibros, a bookstore and lending library in Boyle Heights, read a passage about the 1943 Zoot Suit Riots from Thomas Pynchon’s “Gravity’s Rainbow.”

Meanwhile children danced by the reflecting pool, and a bottle of wine made its way around a group of 20-somethings. One 40-ish genius brought flutes and a half-bottle of champagne for himself and his date. Was the alcohol legal? Who cares. “A Night at the Philips Music Company” was a display of mellow good feeling and a reminder of how casual the overlap of cultures can be when the right space is provided.

Today Boyle Heights is still a vibrant, interesting community. But it doesn’t have the same mix. Japanese-Americans didn’t return in large numbers after their release from internment camps following World War II; in the 1940s and ’50s, the Jews moved to the Westside or the Valley. Brooklyn Avenue, the main drag through Boyle Heights, was changed to Cesar Chavez Avenue in 1994.

These facts didn’t make a “A Night at the Philips Music Company” any less diverting, only a little poignant. There must be a word for it — a polysyllabic German term to describe the feeling of nostalgia for a time and place that, until very recently, you didn’t know existed.