London: Stop Posing Next to the Wax Statue of Hitler 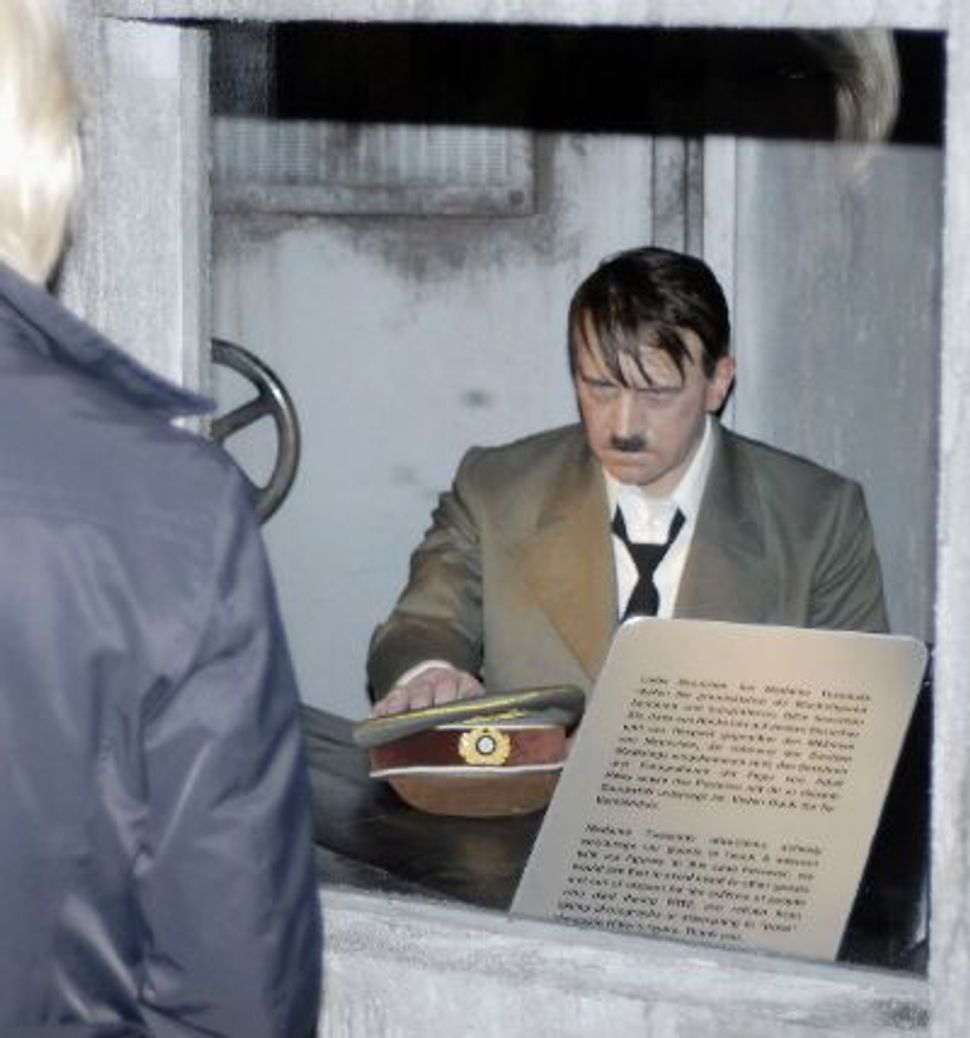 Displaying a statue of Hitler strikes the Shmooze as an inherently bad idea — and sure enough, the one at Madame Tussauds in London is causing problems.

England’s Zionist Federation has asked the wax-statue museum to alter its Hitler figure, suggesting it be made to look more “vulnerable,” or posed in a way that prevents visitors from posing next to it.

The request comes after complaints by Israeli tourists who were upset to see other Madame Tussauds visitors giving the Nazi salute to the wax dictator. The Zionist Federation has made clear that it is not protesting the museum’s right to display a Hitler statue, but that it would prefer it be done in a different manner.

“I have no problem with Adolf Hitler being displayed,” said Stefan Kerner, the organization’s director of public affairs. “However, we want to display him in a more vulnerable position or situation. Or he could be placed in a way that people can’t take photographs beside him.”

Rather than alter the statue, Madame Tussauds says it has placed guards nearby to prevent onlookers from saluting the statue — a system London’s Evening Standard claims has not been terribly effective.

London: Stop Posing Next to the Wax Statue of Hitler