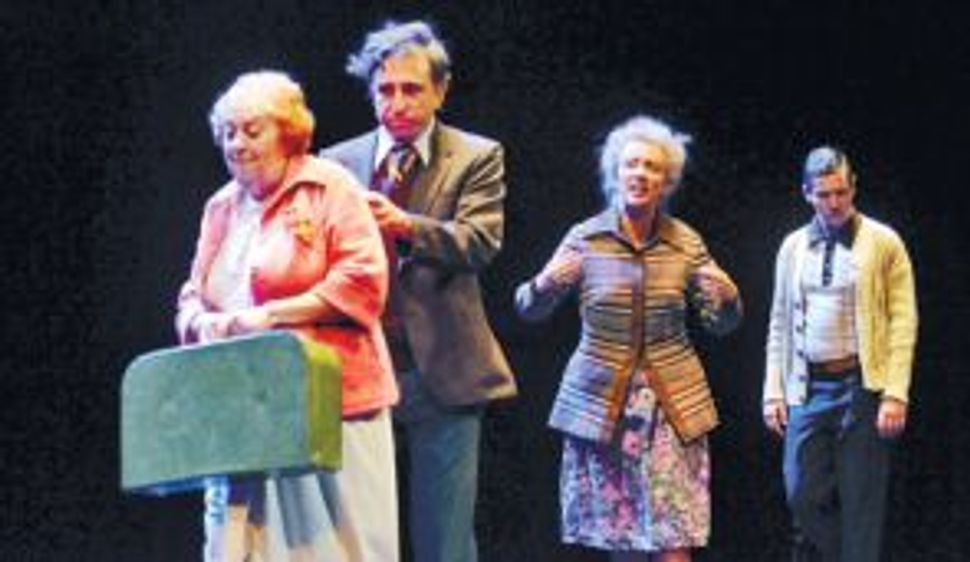 In the final scene of Hanoch Levin’s “The Suitcase Packers,” a comedy with eight funerals now revived at the Cameri, the surviving characters stand around “this cart” pulled by the gravedigger, holding the white-sheeted body of Henya Gerlenter. Her son Elhanan (Dror Keren, who has a Levinesque childish innocence) is possibly the only leading role; all others are supporting parts. 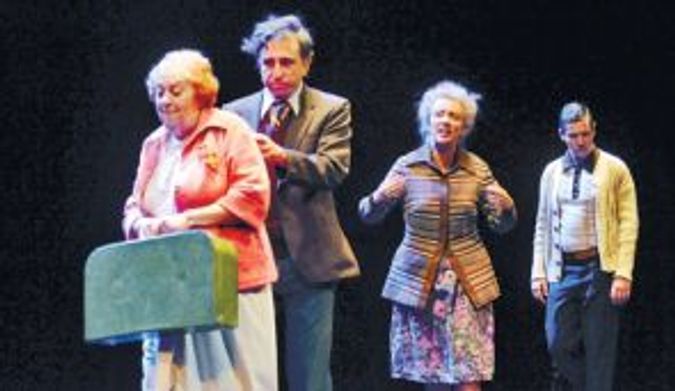 Here the usual eulogizer, Alberto (played by the clumsily charming Motti Katz) has died and — “This is how leaders emerge” — is replaced by Mottke Tsippori (played with ceaseless energy by Yoav Levy).

Mottke says: “…apart from hypochondria there had to be something else (in the deceased), things that didn’t get said, a life that didn’t get lived… God, you have given us funerals to remind us of our lives. Please don’t let us forget this cart and this sheet among the funerals.”