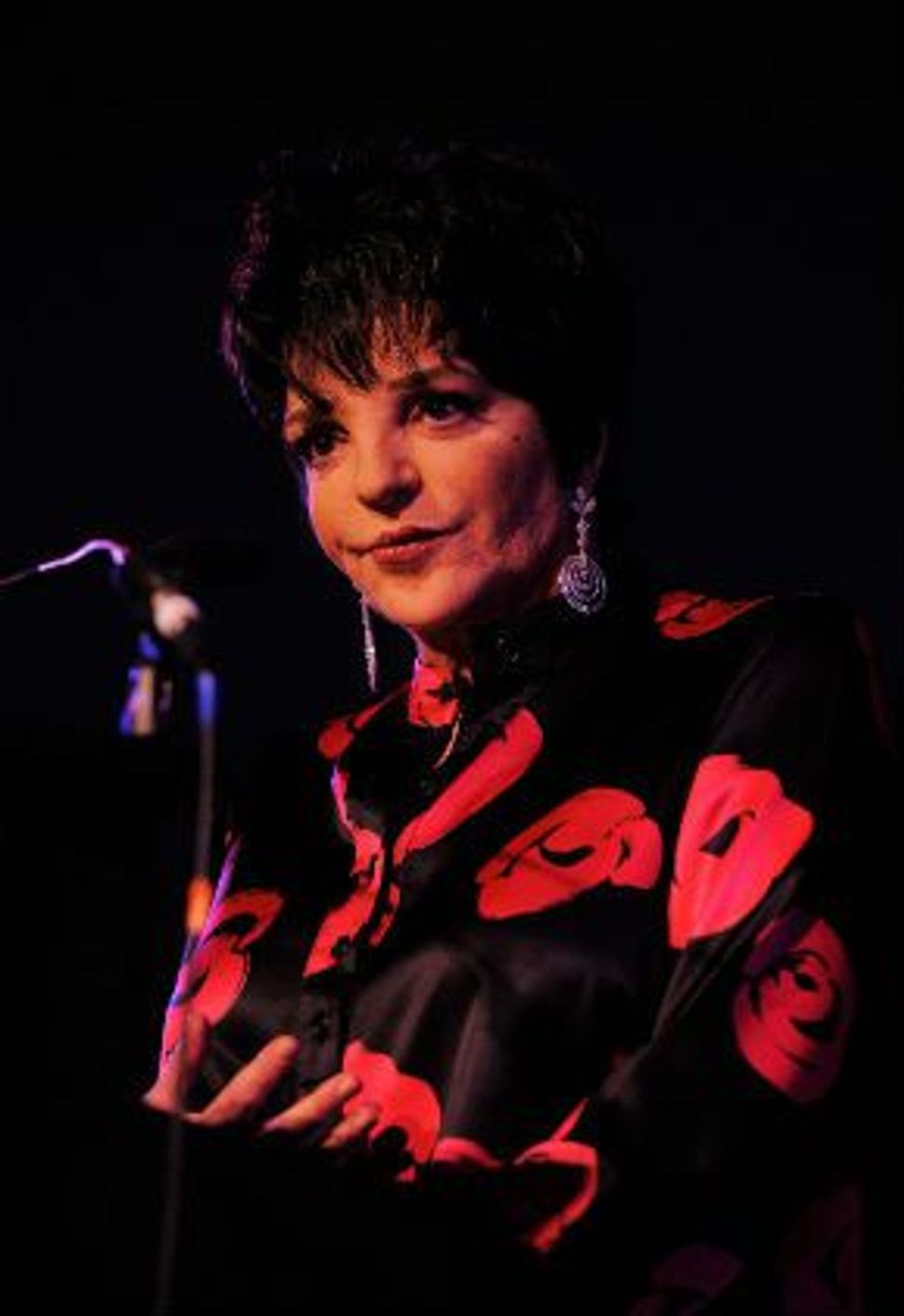 Liza Minelli is squeezing into her busy concert schedule this fall a special one-off performance at the White Rose Charity Ball in London on September 25. The event will be a fundraiser for the Holocaust Centre.

The Holocaust Centre, established in 1995, is Britain’s first dedicated Holocaust memorial and education center. It is located on the grounds of a former farmhouse on the edge of the Sherwood Forest and houses a permanent exhibition, research and seminar facilities, and a rose garden for personal reflection.

The White Rose Ball is named for White Rose Group, a non-violent, intellectual resistance group against the Nazis made up initially of students and professors from the University of Munich. It eventually expanded to include students from Hamburg, Freiburg, Berlin and Vienna. Six core members of the group were executed by the Nazis in 1943.

Minelli will be the headliner at the event, where a number of other performers and celebrities will appear.

Organizers of the event are planning a ritzy evening replete with a five-course meal and an auction run by a Christie’s auctioneer, in addition to the entertainment lineup featuring Minelli’s performance. “Liza’s involvement will make this one of the most memorable nights of the year,” the Holocaust Centre’s director Helen Whitney said in reference to the ball, which is being touted as “a wonderful new addition to London’s social calendar.”

The Jewish Chronicle reported that the musical star of stage and film was “thrilled and so happy to lend my support to such a worthy and splendid cause.”