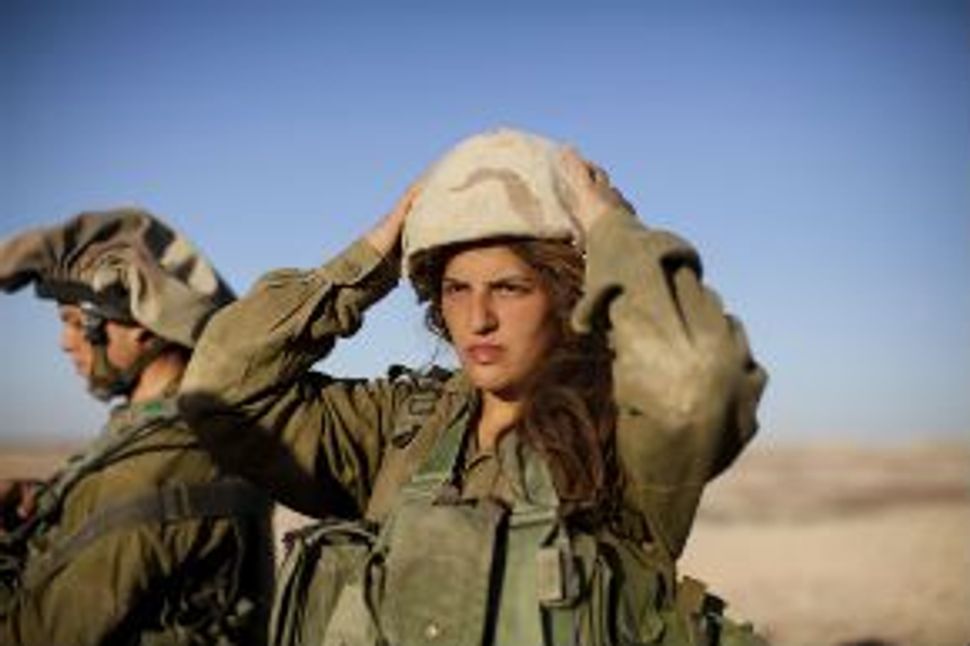 Where are the limits to Israeli multiculturalism? This is the question that the Israeli military woke up to today, after a seminar focused on the Gaza War last night turned controversial.

Cadets who will soon become officers were seated in the audience at the event, when two female soldiers got up to sing. Orthodox Jewish law raises problems with men hearing women’s singing voices. The issue is addressed in the Talmud, and is translated into a very strict prohibition by many rabbis. Other rabbis take a more lenient view.

When the female soldiers sang last night, dozens of religious male soldiers walked out. One of them told the Israeli daily Yediot Aharonot that “it was spontaneous. We know it’s forbidden, but we left quietly without coordinating it.” As they were leaving, their commander threatened punishments for doing so.

The Israel Defense Forces spokesperson office is quoted by Ynet saying that the incident “is being looked into and conclusions will be made in the coming days by the Ground Forces and training base commanders. The performance of all members of military bands is an inseparable part of the IDF milieu.”

It’s a perplexing issue, with strong arguments on both sides. On the one hand, armies run on discipline, and the soldiers disobeyed their commander. And walking out when women sing can be seen as offensive to women.

On the other hand, for much of the Orthodox community, not hearing women’s singing voices is taken as seriously as the prohibition against eating non-kosher food. Of course, some rabbis are more lenient, but it hardly fits the idea of freedom of conscience to have the army telling soldiers which rabbi to follow.

Armies are used to identifying problems and finding solutions — battle plans are developed to respond to security threats, for example. But with this controversy, there’s no easy answer.