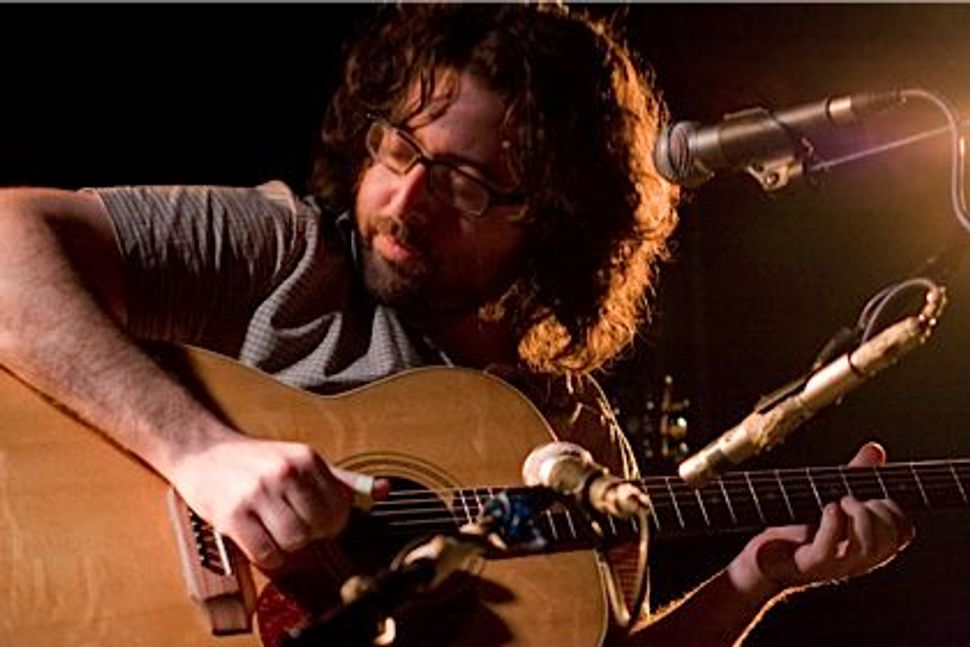 September 2011 marks the beginning of a new and promising year in Israeli Jazz. While the Forward has already covered the story of young Israeli jazz prodigy Gadi Lahavi making waves in the international jazz scene, a news item with greater impact for the local Israeli music scene was the launch of the new music label OutNow Recordings on August 23.

The Arty Semite caught up with guitarist and label co-founder Yair Yona right before he embarked on a mini-tour of the U.S. in support of his upcoming album “World Behind Curtains.” The highlight of the four-stop tour will be a performance at this year’s Hopscotch Music Festival in Raleigh, North Carolina on September 8, alongside acts such as The Flaming Lips and Dinosaur Jr. frontman J Mascis.

According to Yona, over 150 people made it to OutNow Recordings’ August launch party at the Tel Aviv club Levontin 7. Yona and co-founders Ido Bukelman and Yoni Kretzmer expect that enthusiasm will continue to build as their label develops a roster of musicians that caters to local jazz lovers currently ill-served by major Israeli labels.

“The label is all about free jazz and avant-garde, but artistically, we’re trying to stay away from the ‘classic’ free jazz sound and style, and find a new definition for these terms, explore new sounds and find out what the term ‘jazz’ really means these days,” Yona wrote on his blog. Or as he explained to me during the interview, OutNow Recordings addresses a “vacuum that needs to be filled” in the local music scene.

Yona, a 30-year-old musician from Ramat Gan now living in Tel Aviv, was previously best-known for his first album, “Remember,” which was released by Anova Music in 2009.

While “World Behind Curtains” is still in post-production and set to be released at the beginning of 2012, Yona says listeners should expect a more sophisticated album that develops from where “Remember” left off.

“You could say [“World Behind Curtains”] is a natural development from the first album… it utilizes more arrangements with additional instruments like the clarinet, clavicle and electric guitar. The first album I would call more of a guitarist album, while the second album is really more of me as a composer.”

Yona’s mini-tour through the Southeastern U.S. has already taken him to the Nosh Festival at Temple Kol Emeth in Marietta, Georgia and includes a performance August 7 at Duke University, the Hopscotch Festival in Raleigh, as well as a final performance at Columbus State University in Georgia on September 9.

Watch Yair Yona play on a rooftop in Tel Aviv: