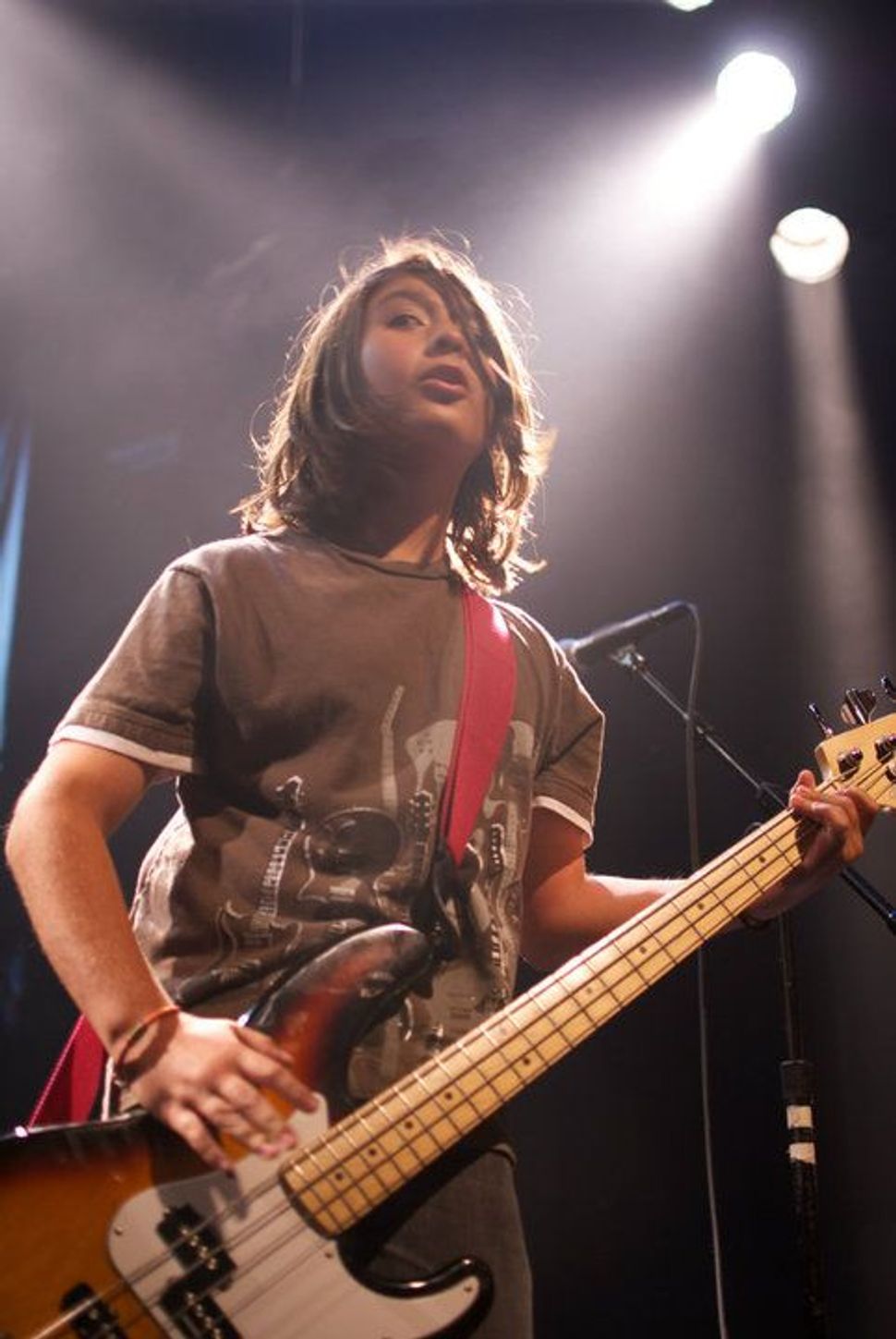 Image by Courtesy of School of Rock Montclair

Thirteen-year-old Eli Clarke was so moved by the plight of Joplin, Mo. tornado victims, that he took to his string instruments. The Montclair, New Jersey native and Bnai Keshet synagogue member will be a bar mitzvah in November, and for his tikkun olam service requirement, he wrote a song to raise funds to rebuild Joplin. One of the deadliest tornados in U.S. history tore through the town at the end of May, killing more than 100 people and demolishing much of what was the birthplace of Langston Hughes. Clarke knew no one in Joplin, but he still felt moved by the tragedy.

“I saw what they were feeling and I thought I should really help them,” he said.

Clarke imagined an uplifting song, wrote a riff, and approached producer John Ginty, a Grammy-winning musician who has worked with Santana and Sheryl Crow. With his guitar teacher, Mark Dollar, who also has big league experience working with Akon and Justin Beiber, Clarke and Ginty recorded what became “Good Song,” an instrumental mishmash of metal and jazz fusion. Clarke, whose influences include bands like Deftones, Mastadon, and the bassist Jaco Pastorius, plays bass and ukulele on the track.

“Good Song” is a 99-cent download and all the proceeds go to a disaster relief organization founded by the band Linkin Park.

Clarke said that while most of his fellow bar and bat mitzvahs do local volunteer projects — like donating bikes or shoes, he felt compelled to broaden his reach through his love of music.

“I don’t really have any others interests.” he said. “I’m dedicated to music.”

His advice? “Do what you know you’re good at and then you’ll really enjoy it.”