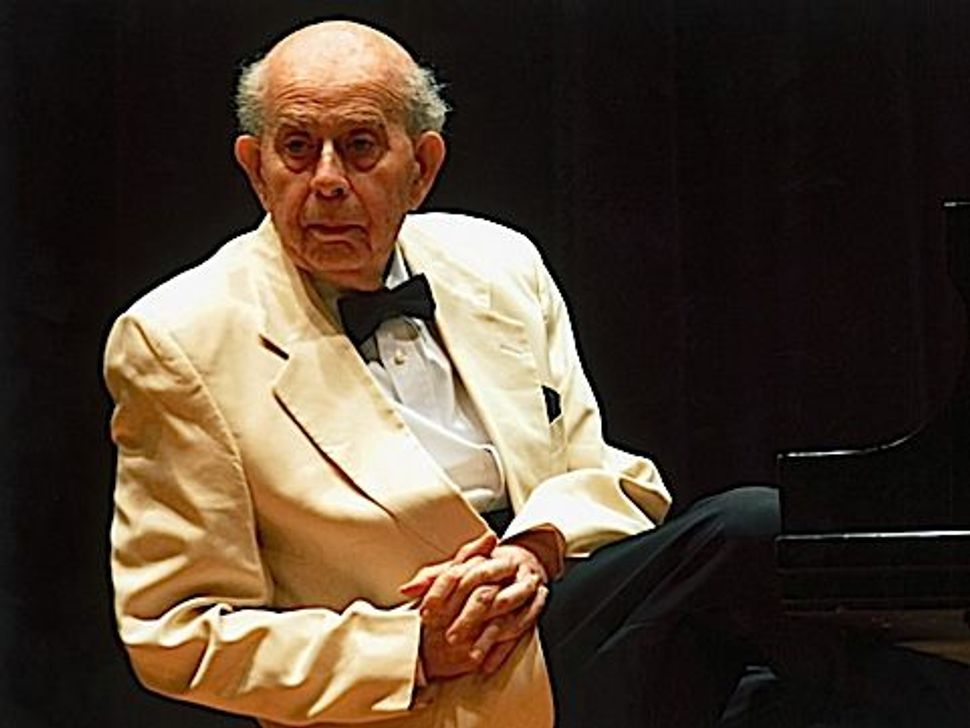 Image by Courtesy of Thompson Edition

There are many kinds of music teachers, but the most memorable seem to be either the beloved saints or the abusive nightmares. On October 2, one of the former, Vienna-born pianist Walter Hautzig, who will be 90 on September 28, will be honored with a concert at New York’s Steinway Hall, as well as with an updated recent reprint of his 2009 memoir, “Playing Around the World: A Pianist Remembers” from Thompson Edition.

Friendly and digressive, “Playing Around the World” complements a soberly didactic 2008 tribute from Edwin Mellen Press, The Piano Teaching of Walter Hautzig, With 613 Examples From Beethoven, Schubert, Schumann, and Chopin by Lynn Rice-See. CD collectors are familiar with Hautzig’s albums, such as “My Favorite Encores” from Americus, as well as other CDs devoted to Schubert and Beethoven.

Well known for his own personal benevolence to students, Hautzig nonetheless offers a number of amused anecdotes in his memoir about teachers less charitable. One such was a vocal instructor whose class Hautzig accompanied in Jerusalem after fleeing Vienna in 1938 with the help of Hungarian-Jewish violinist Emil Hauser. In the 1930s, he founded the institution, which later became the Jerusalem Academy of Music and Dance. There Hautzig accompanied classes by the imposing Latvian-born tenor Hermann Jadlowker, who is also formerly chief cantor at the Riga Synagogue. He introduced amazing hazanutt-style trills to arias by Verdi and Rossini. A rigid absolutist, Jadlowker told one student, who dared disagree with advice, “But Caruso did it like that.”

Even Hautzig’s own beloved longtime piano teacher, Mieczysław Munz, student of the legendary Ferruccio Busoni, and teacher of, among others, today’s virtuoso Emanuel Ax, could be cutting about colleagues. When Hautzig asked Munz to compare Busoni to Vladimir Horowitz, the reply came: “What Busoni has forgotten, Horowitz will never learn.”

Another teacher on the side of the angels is the violinist Roman Totenberg, born in Łódź, Poland, to a Jewish family in 1911. Still teaching at 100, Totenberg was honored in July with a captivating 2-CD set from Arbiter, The Art of Roman Totenberg: From Bach to Webern. Recordings from 1943 – 1996 which includes an especially delightful 1961 rendition of Aaron Copland’s Violin Sonata with pianist Soulima Stravinsky.

Nightmare teachers, diametrically opposed to such paragons, can nonetheless make for diverting memoirs from students lucky enough to survive the mistreatment, as we read in last year’s “Of Exile and Music: A Twentieth Century Life” by violinist Eva Mayer Schay from Purdue University Press.